The written word is a vehicle for social change. The stroke of a pen can incite a call to action against unquestioned forms of injustice. For decades, journalism has been used as a medium to advance women's rights movements. From Gloria Steinem's founding of Ms. Magazine to Angela Davis' literary works on womanism, writing has been used to unearth longstanding forms of gender-based discrimination.

In spite of the strides made for women's equality, there is still a lack of women writers in the vanguard of modern media. Recently, The New York Times was criticized for its lack of equal representation of women journalists. The Women's Media Center has found that male reporters account for 63 percent of bylines in the nation's top 10 newspapers.

In the face of these gender disparities, one freelance writer is breaking though the glass ceiling to provide a space for women in the media. Abigail Pesta stands as a prolific reporter who has used her journalistic career to empower women and girls across the world. 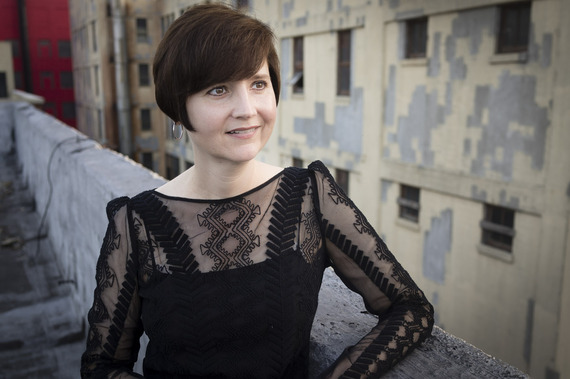 Pesta tells the stories of women combating injustice and crime -- from the brothels of Cambodia to college campuses in America. In one recent story, a Texas teenager was kicked out of high school for reporting a rape. In another, a Kentucky teen was silenced by the courts after a sexual assault. In both cases, the young women fought back. Pesta's award-winning coverage of violence against women illustrates the silent brutality women face both at home and abroad -- and the ways they rise up against it. "I gravitate toward women in my work because they're fighting such phenomenal battles for their rights," she says. "When people read about women facing insane hurdles in their lives, it can help them gain perspective on their own lives -- or inspire them to fight for change."

She cites a story about an "honor killing" in America -- a young woman in Arizona murdered by her Iraqi-born father for defying his wishes to marry a man in his homeland. "The story sparked a national conversation about women with a foot in two worlds -- one in suburban America and one in tribal tradition," she says. An investigative report this month raised questions about how bullying should be defined and punished: When a 12-year-old Florida girl leapt off a tower to her death, two middle-school girls were arrested and charged as felons, accused of bullying--a charge the girls disputed. "The real story was much more complicated than the one that made sensational headlines," she says.

Pesta, now based in New York, has lived across the globe -- from London to Hong Kong -- and her travels have influenced her interest in journalism. She has held top positions in her field as an Editorial Director at Newsweek and The Daily Beast, Deputy Editor of Marie Claire, Articles Editor at Glamour, and News Editor at The Wall Street Journal. She is a Vice President of the Overseas Press Club. Her investigative and feature reporting has appeared in global publications including The Wall Street Journal, Cosmopolitan, NBC News, The New York Times, New York Magazine, Marie Claire, The Atlantic, Glamour, Newsweek and The Daily Beast.

Pesta has this otherworldly ability to use the written word to serve as a voice for communities that are silenced by poverty, prejudice, sexism, and sexual violence. The success she has gained is as a result of her own diligence and dedication to giving back to the international communities through her work. She serves as an inspiration for women who desire to begin careers in investigative journalism and reporting.

Her advice to anyone who wants to pursue this type of career: "Yes, studies show year after year that there are fewer bylines for women than for men. So I would encourage women to do something about that -- go into journalism and tell great stories and change that."

The lesson we take from Pesta's activism is that we all hold to power to ignite social change and shift the international conversation to advance the rights of women. If she can change the world, you can too.

You can read more about Abigail Pesta's work by visiting here.