Warriors advance to the NBA Finals. I have to say it again because this perennial cellar dweller team has done something they haven't accomplished in the last 40 years. So I will say it again. Warriors are going to the NBA Finals!! I attended the clinching Game 5 in Oakland last night. And although is wasn't the most masterful game ever, it was way cool to be there to experience Golden State achieving this remarkable milestone. The fans were ecstatic and I don't blame us. More on the fans who attended in a moment.

The game started really slowly and was very low scoring (ugly) for the first quarter and a half. Houston led 20-12 until Klay Thompson started to strut his stuff and drain long jump shots. He and his backcourt mate, MVP Steph Curry, have carried this team most of this year in terms scoring and the first half was no exception. But the game was really won in the trenches with team defense and because other guys like Harrison Barnes and Fetus Ezili stepped up and played great games. Steph Curry played well but was not exactly himself after his fall in Game 4. Thompson also took a knee to the head and reportedly had concussion like symptoms. Hopefully a week off before the Finals will allow the Splash Brothers to mend.

First the defense: Warriors held the Houston Rockets to less than 35% shooting last night and 20% (5-24) from three point territory. Their star, James Harden (aka The Beard), shot 2 for 11 and made a playoff record 13 turnovers. I noticed Warrior defenders Draymond Green and Andre Iguodala got down especially low to knock the ball away from Harden on his crossover dribble as well as anticipating his passes throughout the evening. Amazingly, it seemed Josh Smith was not particularly focused during the game. 37 year old Jason Terry played particularly well and kept Houston within reach during the second half. Dwight Howard (18 points/16 rebounds/4 blocks) played hard, but wasn't good enough to carry his team with Harden underperforming. Skinny Corey Brewer (16 points) always flies under the radar, but boy can he fly!

Speaking of flying, the star of the game was the Warriors forward Harrison Barnes, who made three big shots in a row in the fourth quarter to put the game out of reach. Barnes scored 24 points while uncharacteristically assuming the "leader role" in the second half. Also, Fetus Ezili manned up after center Andrew Bogut got in foul trouble His physicality and aggressiveness on both ends was a big factor in the game. Now healthy, Ezili could start for many NBA teams and is an important piece for Golden State when they play the Cavs in the Finals based on his toughness against strong rebounders like Tristan Thompson and Timothy Mozgov.

The crowd (see pictures below) included Kanye West, GS majority owner Joe Lacob, and Jimmy Goldstein as well as Detroit Tigers Justin Verlander and Miguel Cabrera. Also on hand was former Raider QB Jim Plunkett and Jesse Jackson. My favorite attendee by far was Hubie Brown, who I got to talk to for 15 minutes before the game started. (see photo of me and him as well). This former coach and current announcer is a wealth of basketball knowledge and at 81 years old, I felt very fortunate to connect with him and talk hoops.

Here are some of the things we talked about: He said Kareem Abdul Jabbar was easily the brightest player he ever met. He loved that Jabbar was MVP of the league three of his first four years in the league. Brown was assistant coach under Larry Costello at Milwaukee, who he said he played with in college. He also said the NBA merged with the ABA because the ABA had most of the best players. He claimed that in the first year of the merger (1977), the ABA had 14 of the 24 players in the All Star game. He coached the ABA Kentucky Colonels with Artis Gilmore, Dan Issel, and Louie Dampier (who will be inducted into the Hall of Fame later this year) and said that team went 13-2 against the NBA in exhibition games. We espoused on Bernard King (my fav) who Hubie coached in New York and his incredible 5 game series against Detroit when King averaged 40+ points/game (and shot 65% from the field) with splints on two fingers and despite having the flu. Other players we discussed were Dominque Wilkins, Ray Williams, George McGinnis and Rick Barry, who Hubie saw play in high school. He said Barry was unstoppable both before and after his knee surgery. Hubie is a class act. I just love the guy.

Bring on the NBA Finals. Having the home team to root for at this stage of the season is a totally new thing for us Bay Area fans. Hallelujah. 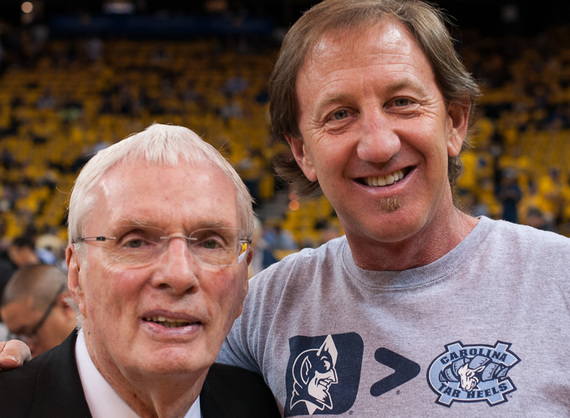 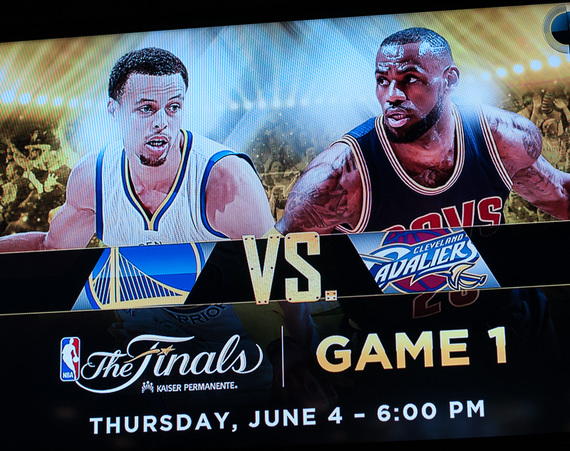 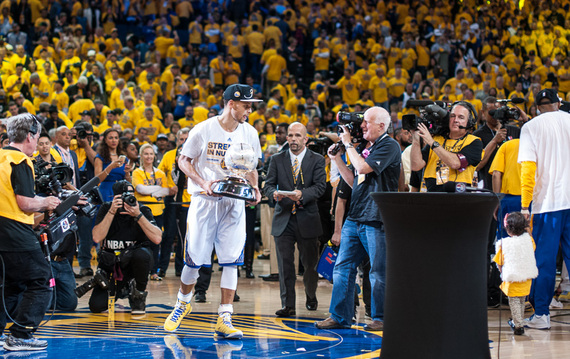 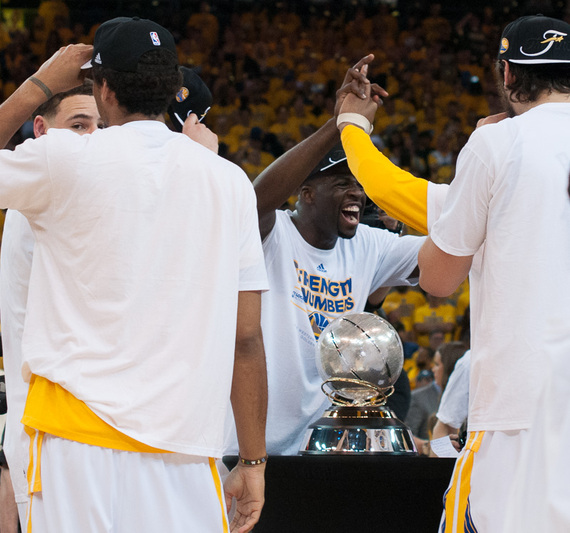 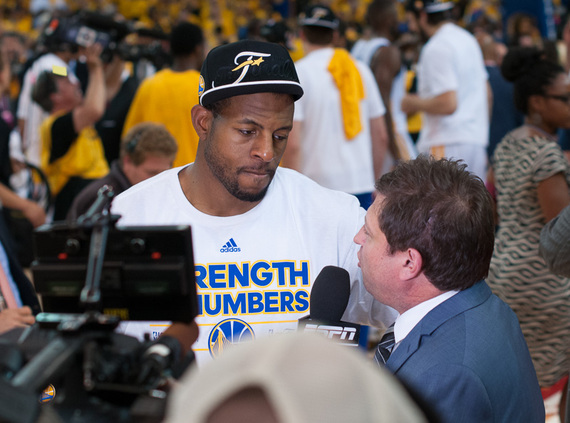 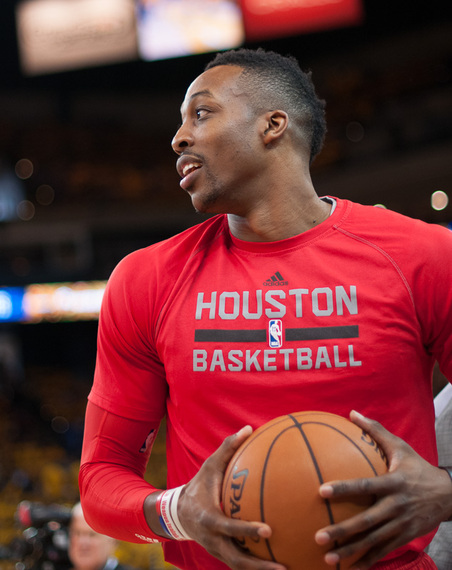 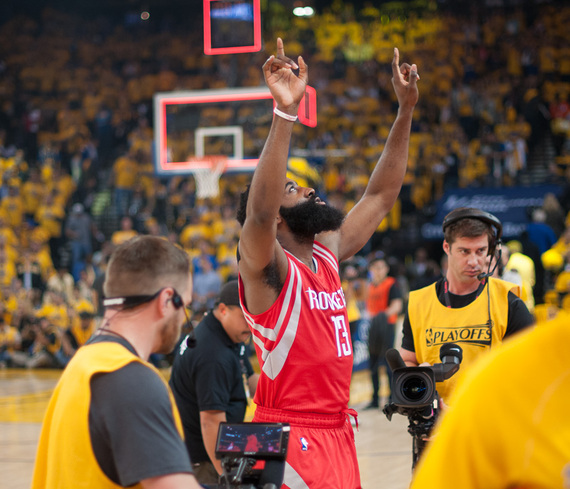 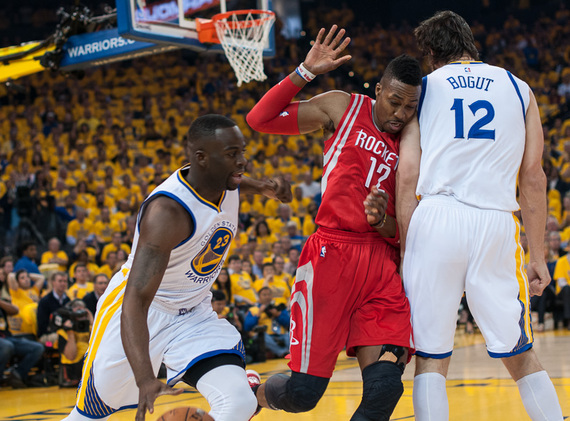 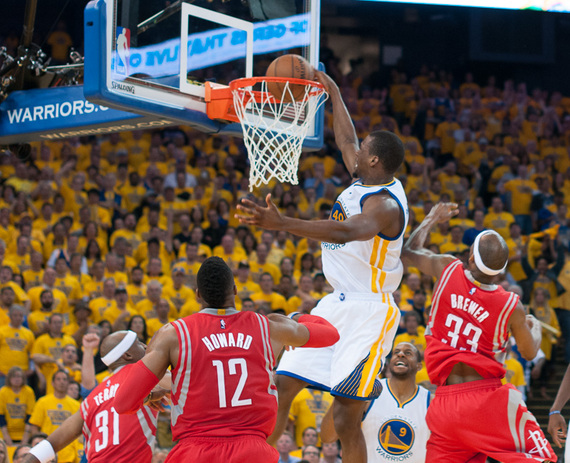 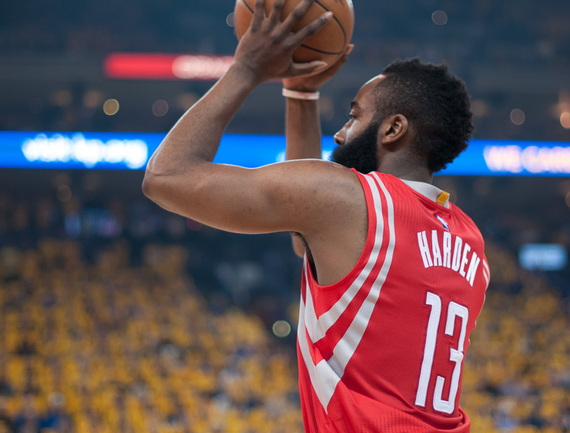 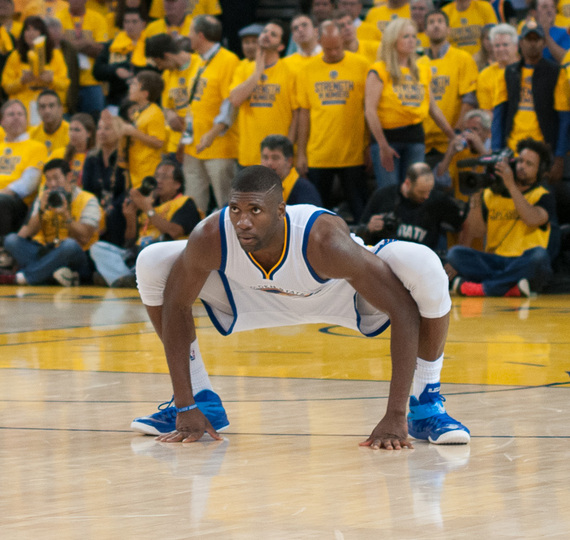 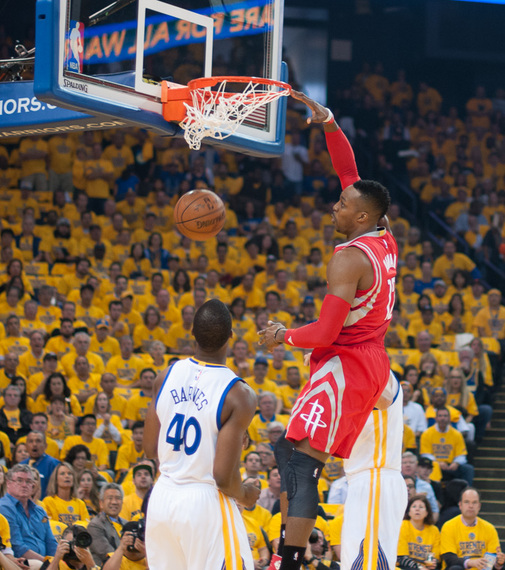 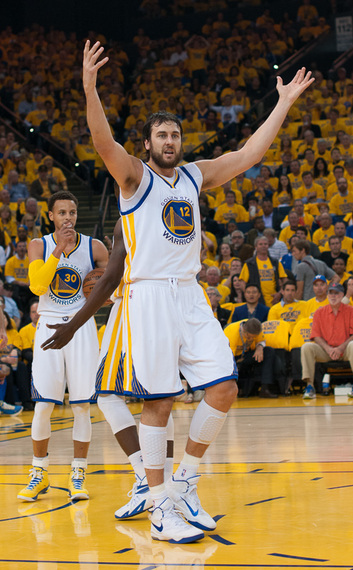 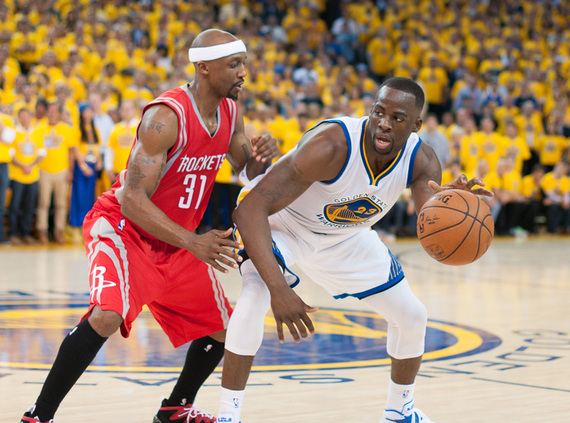 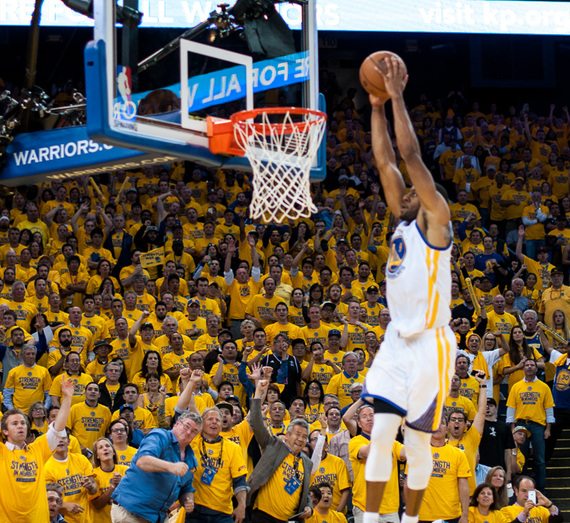 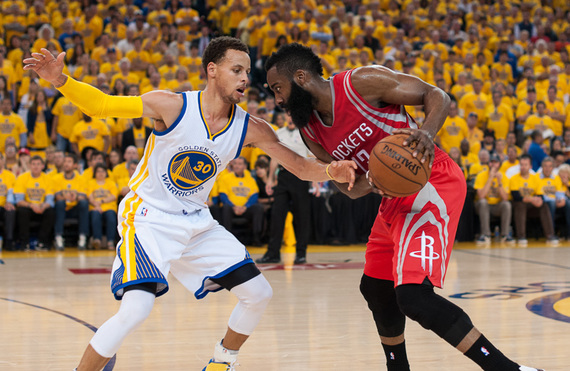 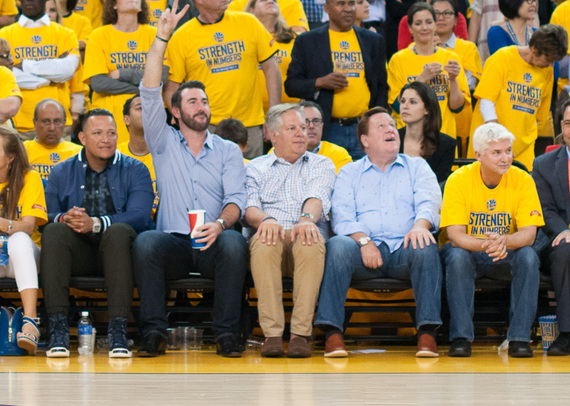 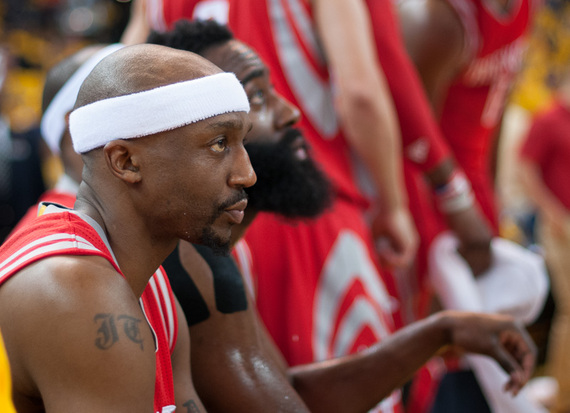 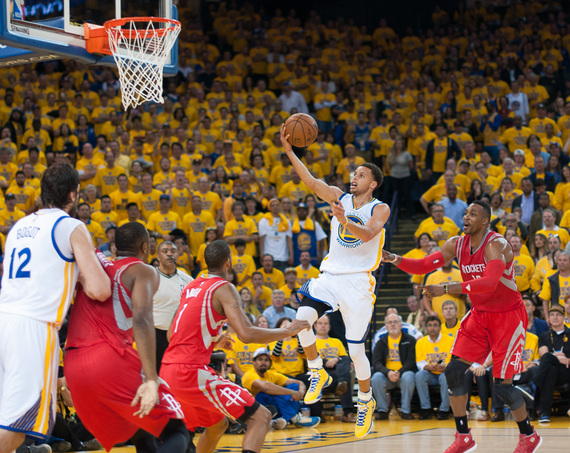 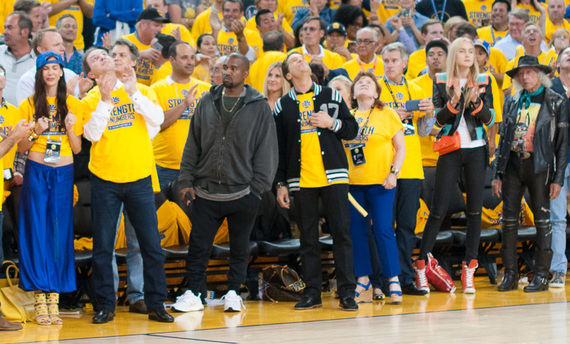 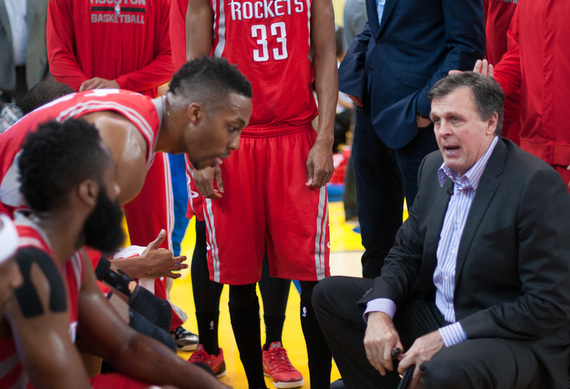