When I first began writing Console Wars, I imagined that the battle between Sega and Nintendo would be similar to the classic rivalry between Magic Johnson and Larry Bird: a story of two great competitors who constantly push one another other to new heights and, in the process, ultimately gain respect for each other.

Well, the first half of that thought turned out to be spot-on; the feud between Sega and Nintendo not only defined a generation, but it also set into motion the structure for our modern video game industry. But that notion about mutual respect? Not even close. More like mutual repugnance with a side of scoff. That's because the guys at Sega always thought that the Nintendo folks were a bunch of overly sensitive arrogant bullies; and the Nintendo folks always thought that the Sega guys were nothing but a style-over-substance flash in the pan.

Although time heals most wounds, I can safely report that even after 20 years this one hasn't even begun to scab over. And that's what made the prospect of gathering executives from both companies for a panel at Comic-Con so damn exciting... 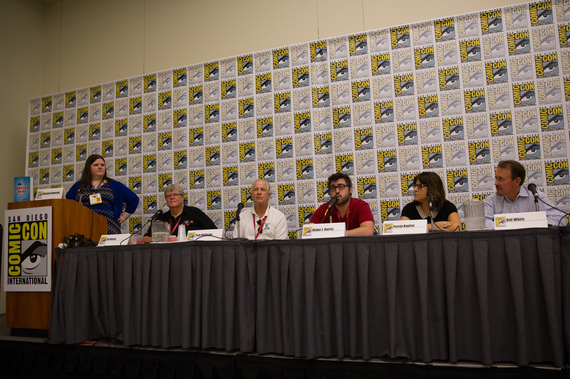 Like a high school reunion, it's not the venue that matters but rather who shows up. And for the Console Wars panel on July 28, I was able to round up four heavy hitters from the dueling gamemakers:

Al Nilsen (far left): Sega of America's larger-than-life Director of Marketing whose outlandish ideas were just so crazy, that they might actually work. And they did, often, during his tenure at Sega in the early nineties.

Tom Kalinske (left-center): The former president and CEO of Sega of America who took the tiny video game company from five percent of the market to over 55 percent with nothing but a chip on his shoulder, a team of perpetual underdogs and an unusual blue hedgehog.

Perrin Kaplan (right-center): Nintendo's ever-clever PR vixen who was able to ward off Sega with a delightful mixture of big events (like Powerfest and Nintendo Campus Challenge) and big game releases (like Starfox and Donkey Kong Country).

Bill White (far right): Whether it was a McDonald's Happy Meal or game footage used in The Wizard, Nintendo of America's former Director of Advertising made sure the pixelated plumber got his due; that is, until he switched sides and joined Sega.

And right there in the middle is me: moderator, referee and awestruck author. 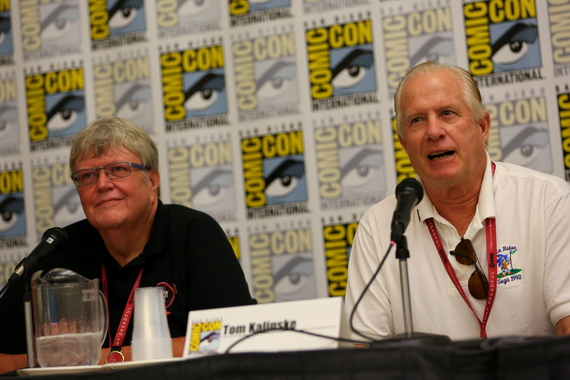 Although the panel would eventually swerve into memories, strategies and corporate travesties, it began with Al Nilsen expressing the most important message of all: "We did it all for you guys." For these guys, that's really what it was all about. Sure, they wanted to make money and destroy their competitor, but the pot of gold that kept them motivated to reach the end of the rainbow was always us: the ones who hoped to open up that coveted game on Christmas morning; who needed to be able to control something in a world full of adults; whose social lives were built and destroyed based on he battle lines drawn by Sega and Nintendo.

But nostalgia aside, those battle lines were real and Nilsen quickly transformed into warrior mode order to describe the landscape when he first joined Sega. "You didn't play videogames," he explained, "you played Nintendo."

This was no exaggeration. By 1990, Nintendo not only controlled 95 percent of the market, but their name had become so synonymous with video games that they had to run ads like this in order to protect their trademark: 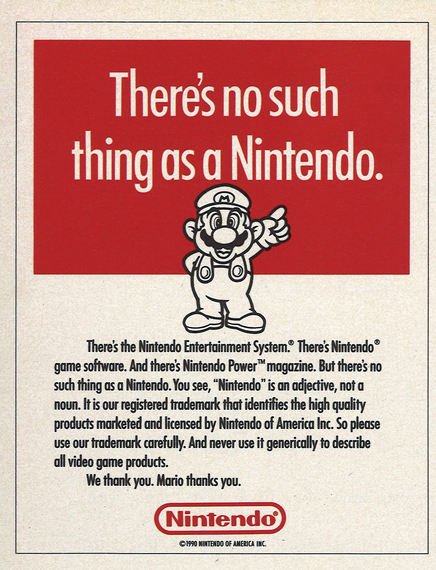 Even though Sega believed they had a better system (16-bits) and better mascot in development (Sonic), they were unable to cut into Nintendo's lead. That is, until Tom Kalinske took over.

"We took on the giant company of Nintendo," Kalinske said, before glancing at his former competitors and explaining his strategy for attack. The plan included developing more sports games, going after an older audience and ended with his favorite: "Let's make fun of Nintendo in advertising. Which we really enjoyed doing."

Kalinske definitely succeeded with this endeavor, leading to commercials like these:

Kalinske and Nilsen's ads were fun, edgy and successful in converting players to join Team Sega. But, unsurprisingly, the folks at Team Nintendo didn't much appreciate being called out and this is really were the feud began.

"There was this company that was poking us," Perrin Kaplan explained, "and it was kind of irritating." But things escalated from there, which she attributed to this commercial, which not only mocked Nintendo, but also praised Sega for a fictitious feature called "Blast Processing":

Whether these were tasteful is most likely a matter of where allegiances lie, but there's no denying that they were effective. But why did they work? Nilsen would say that they appealed to the underdog in all of us and Kalinske would point to the grassroots mentality and MTV-ness of it all. Kaplan, however, offered a different theory: "I think what they did that was great was subtly... I don't want to use the word 'copy,' but 'conceptually copy' the fun component of what Nintendo brought." 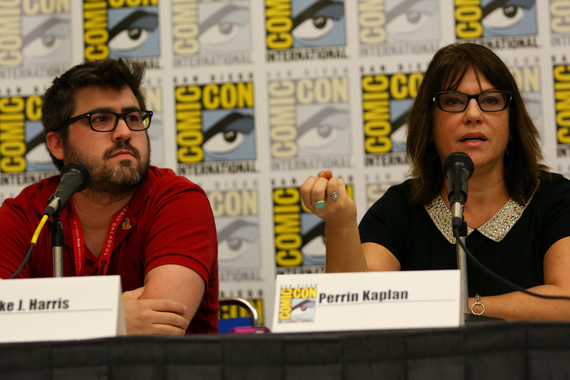 Kaplan's words sum up what lay at the heart of the disconnect between the two companies: Sega believed that they were starting a revolution, but while Nintendo would agree that there was a revolution-in-progress; they felt like they were the ones who started it. "I thought they broke a lot of new ground," Bill White recalled, and then in the same sentence began touting Nintendo's innovations that Sega would later co-opt: a television show, the Nintendo World Championships and even a college tour (White made sure to sweetly glare at Kalinske for that one). 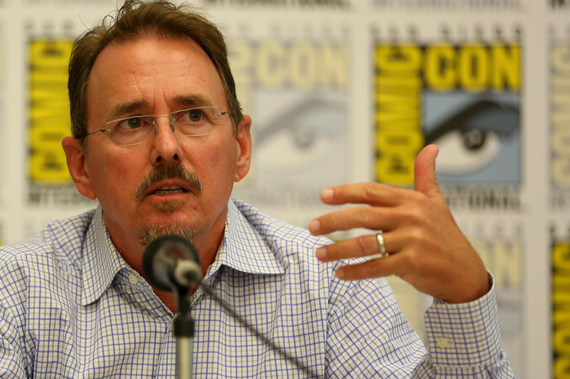 Did Sega borrow too many pages from Nintendo's playbook? As I type these words I'm feeling upset with myself for not calling a Zach Morris timeout and asking the console warriors themselves.

If I had, however, I imagine it would have played out like this: Bill White smirking, Perrin Kaplan nodding, Al Nilsen shaking his head and Tom Kalinske bouncing his head side to side until he settled upon a shrug. Because, after all, it doesn't really matter who did it first or even who did it best; all that really matters is who won in the end. And, looking back, the real winner of the console wars between Sega and Nintendo was us.