The Warwick Mall flood in Rhode Island has provided compelling images, and today a dramatic story broke at the location.

A security guard was freed this afternoon after being trapped in the mall. Firefighters were able to use a boat to rescue him, WHDH-TV reports.

The Warwick Mall has suffered from severe flooding, two to three feet of water in some spots, per the Providence Journal. Mall owner Aram Garabedian told the Journal, "There is water throughout the mall, we have a great level of damage ... All I know is it was a disaster. It's very bad."

WHDH-TV provided these images of the Warwick Mall flood (screenshots): 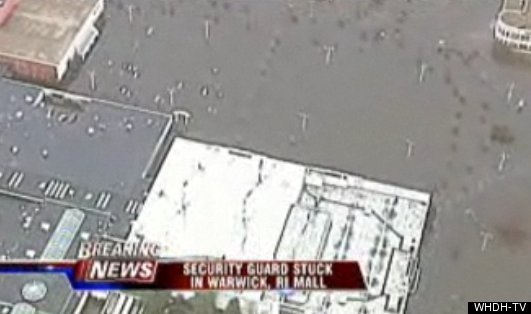 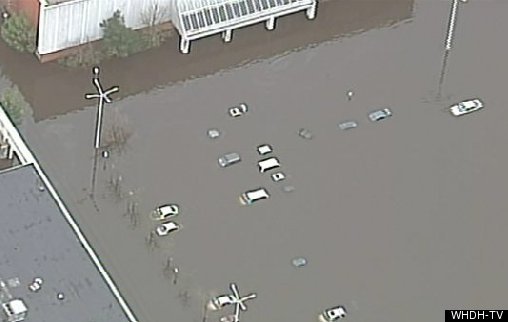 Rhode Island is suffering from the worst flooding in more than 100 years, as part of a storm system that has battered the East Coast.
PHOTOS: Find more images of the Rhode Island flooding here.