What does Gabrielle Solis have in common with Joey Tribbiani? Well, the obvious answer is that they are both fictional characters on a popular American television series, namely: Desperate Housewives and Friends, respectively.

However, according to a recent WikiLeaks revelation, it seems both characters have been playing a role in the fight against extremism in Saudi Arabia; a matter which one would probably first think is more of a task for Jack Bauer (of the action-packed series 24) than either Solis (played by the ever-dazzling Eva Longoria) or Tribbiani (played by the brilliantly-funny Matt LeBlanc). 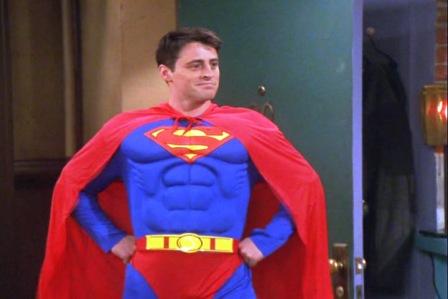 The cable (sent from Riyadh on 11 May 2009) suggests that members of the US embassy have met with several journalists and media professionals in Saudi Arabia who in return have revealed some interesting insights about the media scene and its impact on society.

The findings: Shows like David Letterman, Friends and Desperate Housewives do more to reduce terrorism than American government propaganda, such as the Al Hurra government-funded channel which was launched in February 2004.

Kids in Western DressesThe cable went on to suggest that American programming is proving popular among Saudis, not just in cities, but also in remote and conservative areas of the country where "you no longer see Bedouins but kids in Western dresses." The cable added that by observing a day of programming on 2 Saudi-owned satellite channels (owned by the Dubai-based MBC group) one can notice a line-up of back-to-back American programming which is both uncensored and presented with Arabic subtitles.

Both US and British media picked up on this story last week. Typically, most have ignored some of the more informative elements of the cable (such as revelations about who owns what in Saudi media and what are considered "redlines" and what are not, which only a few reports highlighted) and focused on the impact of American sitcoms and drama Vs US propaganda efforts, possibly because a headline like "Desperate Housewives Stifles Islamic Extremism" is likely to attract more Western readers.

Stating the Obvious Here is my take on the matter: as the case is with most WikiLeaks revelations: the content isn't really something new or incredibly shocking, but rather comes to reinforce ideas or beliefs that already existed.

However, on this occasion my issue isn't really with WikiLeaks stating the obvious, but rather with the actual contents of this particular cable and what it says about US State Department officials.

You see, what this cable is telling us is that an American informer based in Riyadh actually sent back classified information to his superiors in Washington DC to say that Saudis watch and enjoy American television programs.

Seriously? Did it really require an informer to "discover" this? What's next, a team of American anthropologists revealing that Saudis eat at McDonalds? Drive GMCs? Or Wear Levi's?

(A McDonalds at a Saudi mall)

I have to say, this is exactly one of things that really puzzles me about the US and the way it observes international affairs; on one hand, I know of incredibly insightful and highly knowledgeable State Department officials, but on the other hand you have those who seem not to have a clue whatsoever, or perhaps choose not to have one.

'Why do they Hate Us'?For instance, I remember that a team of US State Department officials toured the Arab World in 2002 to find out 'Why do they hate us?' (as in why do Arabs/Muslims hate the US?) and they were accompanied by some token American-Muslims to demonstrate that Muslims in America actually live in freedom and peace.

At the time, I was a guest on a Lebanese television talk-show which hosted the delegates, I remember that I couldn't help myself but to comment by saying: "This is exactly the problem; you come to us portraying your lifestyle in the US which we have no issue with and even look at with admiration, when the problem is seeing President George W. Bush calling the Israeli Prime Minister Ariel Sharon a man of peace straight after the Janin massacre".

I was 21 years old at the time and until today I think to myself if I could figure it out back then, is it really possible that there are some US State Department officials who don't know what the real issues are? Or are they just playing ignorant?

Context and history To those US officials who may have been shocked by the revelation that Saudis watch Desperate Housewives, allow me to say this again: most Saudis, Arabs and Muslims don't hate America, its culture, its people or indeed, its television series. The majority of us strongly oppose some of the US policies regarding the Middle East, namely: its continuous support of Israel despite its many violations of international law.

In addition, I would like to contribute the following information to the officials, researchers and diplomats who have read the cable mentioned above to give a bit more context and history. After all, we have seen how much damage one clueless person could do once based on inaccurate information (hint: this person invaded Iraq!).

First, American television series were always popular amongst most Saudis. The only thing that has changed now is that they are available on more channels and are aired simultaneously or shortly after they air in the US, thanks to satellite television and broadband. I remember growing up in Jeddah in the 80s and early 90s when we used to eagerly await the new seasons of Full House, My Secret Identity, America's Funniest Home Videos and Punky Brewster, which were televised on Saudi Arabia's Channel 2 every night after 'Iftar' (breaking of the fast) during the holy month of Ramadan.

You know what else was popular? Wrestling! There was a huge fan base for people like Hulk Hogan, The Ultimate Warrior and Andre the Giant. Saudi Television's Channel 1 used to air a WWF (now known as WWE) show every Tuesday night.

Yet, liking all these popular programs doesn't mean people will necessarily like certain unpopular aspects of American foreign policy.

Understandable ConfusionBased on what was mentioned, one could assume that whoever was talking to the American informer mentioned in the above cable was being slightly over-imaginative when he suggested that there was a new Saudi plot to expose people to high dosages of American culture so that they would end up loving the US and wanting to go there.

Let's face it, America doesn't need the Saudis to promote its culture. It always had and always will have fans around the world, and it is one nation that knows how to market itself and its products. As the founder of the 'National Brand Index' Simon Anholt puts it: "Hollywood is America's advertising agency."

Yet, I can understand it might appear confusing to some to learn that Saudis enjoy American drama and sitcoms when there perception is that it is a nation full of people who hate America so much that 15 of the 9/11 bombers were of its nationality.

Now, that is a complex question -- almost as complex as what Arabs and Muslims ask themselves when they see what the US does in reality compared to the American values heavily communicated in films and literature, "If the US is about peace, freedom, equality and justice, how could it let this happen to the Palestinians? And how could it allow itself to invade Iraq?" is a typical question that would cross any young Arab or Muslim's mind.

On the other hand, we do know that before the Saudi government decided to move as quickly as possible to rid its society from them, extremist movements were allowed to flourish (and even exploited by western intelligence agencies to fight proxy-wars on their behalf).

During the last part of the 20th century, these movements gave us preachers who may have regularly cursed Uncle Sam and even called for war with the US on regular basis, because of their own extreme interpretation of Islam.

These preachers have won many followers who were turned into fanatics over the years, and these fanatics wouldn't even watch Tom & Jerry (as per an infamous recent fatwa), let alone Sex and The City. Many went to fight in Afghanistan and other parts of the world; some turned against their own people and started terrorizing Saudi cities which they saw as "un-Islamic enough".

Yet, the majority of people were not affected by the preachers of hate and often after they have finished their Friday prayer, they still went on to chill at Starbucks or perhaps grab a bite at KFC, Pizza Hut or Hadree's (some of many several highly successful franchises in Saudi Arabia), they took their kids to Toy'R'Us before sending them at a later stage to American universities without feeling any guilt or regret.

So what about Al Hurra?Given that the above mentioned cable also suggests that Saudis enjoy watching CBS or ABC news (with translation in Arabic) on Arab satellite channels, then I suppose the question would be: "If American goods are so popular in Saudi Arabia, how come Al Hurra, the government funded Arabic language news channel, was a flop?"

The answer is that because Al Hurra was more of an American bad, rather than an American good.

You see, a CBS or ABC news reporter would stand his/her ground and challenge his/her own government if needed, they do their job because they believe it is their duty to be advocates of the people, to say the truth and expose failures and corruption.

Sadly, Al Hurra had a different mission in mind. When I interviewed the network's former head, Mowafaq Harb, prior to the launch of its Iraqi sister channel, he said that the channel's aim was to "spread American values and democracy in the Middle East".

A few months later, Abu Ghraib happened! It goes without saying that people in the region must have then lost any belief, if any had existed to start with, in Al Hurra. (of course, the incident which revealed abuse towards Iraqi prisoners by US troops would have had no impact whatsoever on the popularity of American television shows or movies)

Now had Abu Ghraib been uncovered by Al Hurra rather than The New Yorker's Seymour Hersh, it would have been a different story all together.

To cut a long argument short, the US should stop beating around the bush; all what America really needs to do is to play fair when it comes to international affairs; that is the simplest and indeed, the most honourable thing to do.

Sure, extremists will always find another excuse and people in their right mind will always know that there is no excuse good enough to ever justify violence against civilians. But, it will be much harder to win over sympathy and support if there was no perceived American bias towards Muslims or Arab affairs, after all, who would want to hurt the country which is home to Sesame Street?