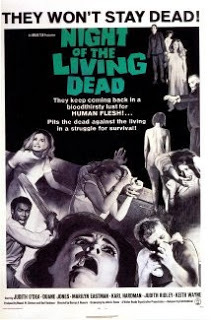 Ernest Jones wrote a book called Hamlet and Oedipus where he argued that Hamlet's ambivalence about avenging his father results from his own incestuous wishes. Hamlet was in this case the perfect embodiment of the Oedipus Complex which is, as we know is the mainstay of classical Freudian theory. Gilles Deleuze, a French philosopher may have had his own oedipal problems with the founder of psychoanalysis when he wrote Anti-Oedipus: Capitalism and Schizophrenia, but both the Oedipus and Electra complexes are still important in the kind of therapeutic thinking that believes in unconscious drives, with Shakespeare's play providing a perfect petri dish for discussion. But what if Hamlet didn't have the wish to murder his father so he could sleep with his mother. What if he was say suffering from False Memory syndrome induced by Horatio telling him about the sighting of the ghost. You don't have to be Oedipal to mourn the loss of a parent and Hamlet is in a very vulnerable state when he's given the information about a ghost appearing on the premises. In addition his informants are themselves prone to suggestion which as we know can lead to a kind of lynch mob hysteria. King Hamlet has died so it's assumed that if a ghost appears at Elsinore, it's got to be him. Rumors do get around. The fact is, if you are going to go down that road, you can't discountenance the possibility it might be not King Hamlet, but the ghost of someone else. There are likely to have been few if any any productions of Hamlet which have been based on False Memory Syndrome, but it could be a fecund path for an ambitious young director. Another even more controversial episode in the history of the Freudian canon was the repudiation of the seduction theory. While there are many people who may have suffered sexual abuse as children, the central tenet here is that oedipal fantasy is what is driving some of these memories which are in fact neurosis. While false memory syndrome may come from external suggestion, the memories Freud is talking about are the crux of the neurosis. But let's not confuse Hamlet's insides with his outsides. Maybe he's just wrong. Maybe Claudius isn't guilty of anything and maybe Gertrude is just the kind of person who jumps into a new relationship because of the huge void left in her life. Some people mourn forever and some are able to go on with their lives. Like a lot of people who are as tortured as they are deceived, Hamlet then turns to art, whereby he dramatizes his cause by producing the Murder of Gonzago, a thinly veiled attack on his uncle. If you look at it from Claudius' perspective, he's getting a bad rap since he feels guilty enough about enjoying the pleasures of the flesh with his brother's widow. The last thing he needs is to have some ideologically driven storm trooper, some zombie from the Night of the Living Dead, programmed with a bunch of erroneous conclusions that he's hell bent on enacting.