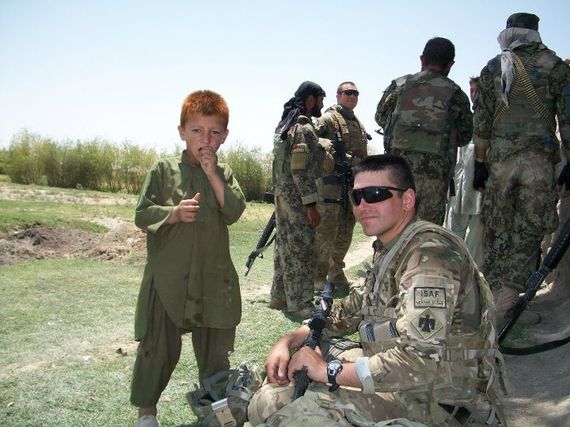 Earlier this week I sat and listened to Afghan President Ashraf Gahni as he spoke at the Pentagon to acknowledge the sacrifices that the U.S. has made to support his country. As the wife of a soldier who was killed in Afghanistan, I understand that sacrifice all too well.

After the event, reporters from Al Jazeera and an Afghan news station asked me if I thought my husband's death was worth it. This is the most prominent, common question that I've been asked after losing my husband SPC Christopher Horton on September 9, 2011. It is by far the toughest question I have been asked, and one that haunts me.

How do you measure the worth of a life or loss of half of my heart versus the liberty and prosperity of the free world? How can I measure his life versus safety and security of the globe in the war on terrorism, versus the pain that I have endured?

Is his life and my constant reminder that he is gone and of the war in Afghanistan worth the American people's ability to be apathetic towards the fact that we are even at war?

Questions like this are launched at me time and time again, and it's as if those asking expect the answer to easily roll off my tongue as a simple "yes" or "no." And many times it seems the person asking is looking for me to slip and admit my husband died for nothing--that his life and sacrifice are simply history to be forgotten. The magnitude of these questions go far beyond my own personal loss and my own personal pain.

So was it worth it?

America, the question is not just mine to ponder; it's ours to answer and reflect upon as a nation.

Was it worth it to send the 850,000 U.S. troops into battle in Afghanistan bring home 20,000 wounded, and 2,215 dead in flag draped coffins? Were our sacrifices as a nation worth the freedom the little girls in Afghanistan now have: the opportunity to read, write, and braid their beautiful hair without living a life with no promise or sense of purpose, or lives with no rights? Were our sacrifices as a nation worth the Afghan children who now live under a constitution and will have the right to vote when they come of age? More importantly, was our troops' blood worth the pursuit of the eradication or terror from Afghanistan?

America, have we so easily forgotten the burning buildings and the faces of the 2,996 Americans who were murdered on our own soil on September 11, 2001? Just because we now can live peacefully, we cannot forget that 9/11 ever happened.

My husband and so many others since our nation's inception have fought to uphold freedom and justice for all -- even for those who protested his very funeral. He fought, bled and died for them, and their freedom of speech.

Was my husband's life worth the luxury of going the mall and the freedom to buy frozen yogurt with all the toppings they want without fearing for their lives? Or the American children and soccer moms that will never have to face the true evil in the world because men and women are bringing the battle to the terrorists on the other side of the globe? Most Americans know nothing about our nation's longest war, or even about those who fight to keep us safe.

America, do those 2,215 of our sons and daughters killed in action in Afghanistan just fade into a sea of apathy and into the history woven into the red of our flag as a symbol of the blood of the Patriots who have fought, bled and died so we could remain free?

Was it worth it? Americans ask this question so flippantly, it seems they forget the sacrifice behind those words or what it would mean to our nation if the answer is "no."

My husband gave his life fighting to keep our country safe and bring stability and democracy to a country that was once ruled by terror. If Americans don't think that's worth fighting for, then I fear for the future of our country. 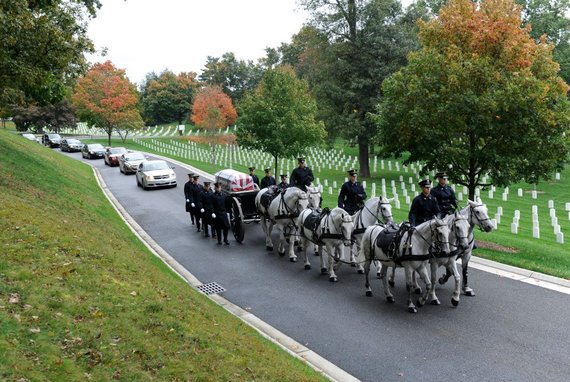