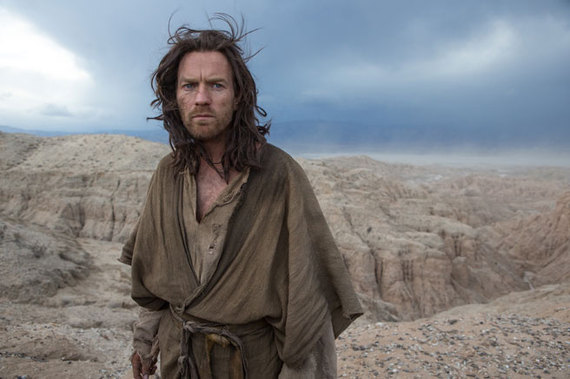 Jesus lived as a Jew. He prayed as a Jew. He died as a Jew. But what kind of Judaism did he practice? That question has been asked throughout history. I ask it in my new book on the Jewishness of Jesus. But perhaps the answer is standing right in front of us. Perhaps the Judaism of Jesus falls closest to the Judaism practiced today by America's largest Jewish denomination: Reform Judaism.

This argument has been made before. Perhaps the first to present was the Apostle Paul. While he did not call it Reform Judaism, consider this: Paul permitted the consumption of non-kosher food and entry of uncircumcised gentiles into the Jewish community. These changes helped facilitate the split in the first between the more traditional Jewish community and the emerging group of Jesus's followers.

In other words, from a modern perspective, we can see Paul as introducing changes into traditional Judaism that many Jews today embrace. Reform Judaism does not require Jews to follow the kosher laws or perform the traditional circumcision ritual on the eighth day. Now certainly we encourage both practices, but they are not at the core of Jewish life as they were in the first century.

We have also de-emphasized ritual and the significance of the law and replaced it with a focus on ethics and community. In other words, aside from the divinity of Jesus, Paul's teaching would have been perfectly acceptable to many modern Jews.

100 Years Ahead of Their Time

Many Reform rabbis of the late nineteenth and early twentieth century made this argument in an effort to reclaim Jesus as a liberal Jew. Among the most prominent was a Chicago rabbi named Emil Hirsch.

"Consider the most learned and eloquent liberal rabbi," he wrote, "[Jesus] was of us; he is of us. We quote the rabbis of the Talmud; shall we then, not also quote the rabbi of Bethlehem? Shall not he in whom there burned, if it burned in any one, the spirit and the light of Judaism, be reclaimed by the synagogue?"

Hirsch was one of several liberal rabbis who sought to place Jesus in the pantheon of Jewish prophets and teachers. They argued that the Sermon on the Mount, for example, should be studied at Jewish religious schools as an expression of the Jewish prophetic tradition.

The problem with these proposals at the time was that antisemitism still played an outsized role in American Christianity. The idea that Jews killed Jesus and that Christians had replaced Jews as God's chosen people made its way into Christian sermons, textbooks, and among prominent public preachers like Father Charles Coughlin of Detroit.

Many Jews saw Jesus through this context, viewing those who believe in him as inclined toward belittling Jews and Judaism. Suspicion of attempts to convert Jews to Christianity also made it difficult to accept such proposals to embrace Jesus as a Jew. Many other Jewish leaders argued Jews needed to learn more about traditional Jewish holidays and practices rather than the Jewishness of Jesus. Proposals like those of Hirsch generally went unheeded.

Today, however, where Jews are more self-confident in their Jewishness (more than 90 percent of Jews, according to Pew, are proud of their identity), a fresh look at Jesus as a liberal Jew is possible and useful. We can look at some of the ideas taught and promoted by Jesus in ways that can enrich Jewish identity and expression. One possibility, for example, is the emphasis on social justice. Early rabbinic Judaism talks little about justice within the larger society. Jews were barely tolerated minorities and were concerned more with survival than with social teachings.

Jesus's teachings on social justice, however, fill the New Testament and reflect a biblical perspective meaningful to contemporary Jews. Jesus's embrace of the immigrant, the outsider, and others marginal in first-century Jewish life can also inspire Jews today. Jews can make the case -- as Kaufmann Kohler, one of the early champions of Reform Judaism, did -- that Jesus was a "helper of the poor" and a "sympathizing friend of the fallen."

Jesus learned these values at the synagogue and brought them to the forefront of first-century Jewish life. Both Jews and Christians today can claim and follow those footsteps.