Famous board games often have surprising origins. In past Board Games Legends Revealed, I've detailed how Abraham Lincoln shaving his beard inadvertently led to Milton Bradley's first board game and how missing Scrabble game pieces led to the creation of Trivial Pursuit. 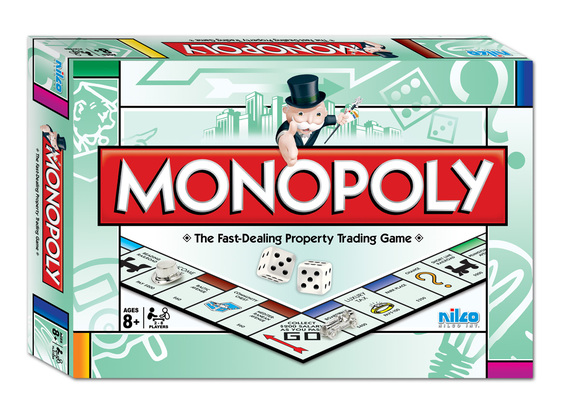 The world-famous game of Monopoly, however, might have them all beat, as Monopoly began as a demonstration of the philosophical theories of Henry George.

George was a 19th Century philosopher whose main belief (I'm going to stick to pretty broad strokes here, people) is that while everyone should own what they create, land itself should be owned by the community - NOT the individual.

He had various ideas on how to accomplish this, but that's not particularly important - what's important is that his views, and those of the "Georgists" that followed him, were against the idea of people owning land and he and his followers ESPECIALLY hated the idea of people paying other people for the right to live on that land.

In the early 20th Century, a young woman named Lizzie Magie came up with a way to demonstrate the philosophies of Georgism. She would create a game that would show people that through land ownership, the landlords make out and the tenants get taken to the poorhouse. 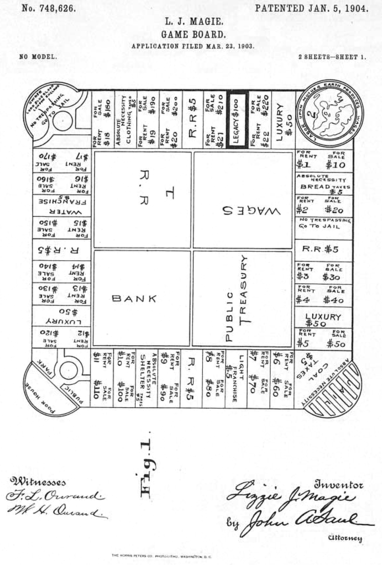 That's basically Monopoly, right there, but it was called The Landlord's Game.

The game was rejected by Parker Brothers and it basically spread by word of mouth across the country. It was especially popular with economic professors, who would use the game to demonstrate economic principles (there was a second round that involved specific Georgist ideas, but almost everybody dropped that part of the game).

In 1924, the now-married Magie once again patented the game, this time with the places being named after streets, mostly those in Chicago... 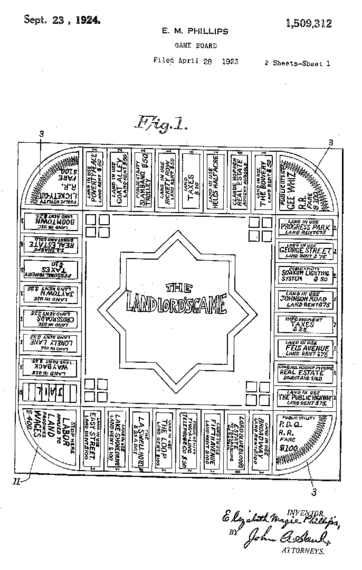 As people made their various homemade versions of the game across the country, it often gained the name "Auction Monopoly," as the properties were auctioned off (which was not part of Magie's rules).

As time went by, people kept adding new aspects to the game. One man added four railroads to the game in his version of the game.

The last major innovation before the game became the game we know today was by a woman who took the game to Atlantic City in the 1930s and re-named the streets after Atlantic City streets. The woman, Ruth Hoskins, also dropped the auction aspects of the game.

It was here that Charles Darrow saw the game and basically just took it wholesale (he even kept the misspelled street name Marvin Gardens!!), re-named it Monopoly and eventually Parker Brothers bought it from him and it became one of the most popular board games of all-time over the next eighty years. 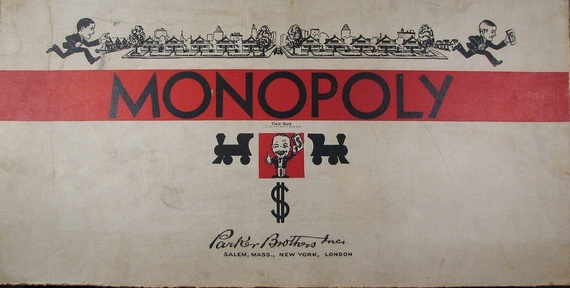 Parker Brothers later bought Magie's patent from her and bought out the small companies making other variations of the game and then had Darrow file a patent as the sole inventor of Monopoly. He was listed as the creator of Monopoly.

But it all began in the idea of teaching people that, in the end, the only winner is the person who owns all of the land.

Be sure to check out my archive of Board Game Legends Revealed for more urban legends about the world of board games.