Finally, the oft-rumored "Whitey tape" has surfaced in the form of a video of President Barack Obama attempting to get some vital portions of the coalition that put him in office in 2008 to maybe get interested in voting again in 2010. That coalition: people who voted for the first time in 2008. And the breakdown within that group? Well, it was "young people, African-Americans, Latinos, and women."

It didn't go unnoticed that Obama didn't specifically name-check our nation's terribly oppressed white people by name, leaving many concerned that they might continue to struggle with second-class status in a nation that has always hated and feared them. Today, the Washington Examiner takes up their cause, with aplomb. [Via Dave Weigel] 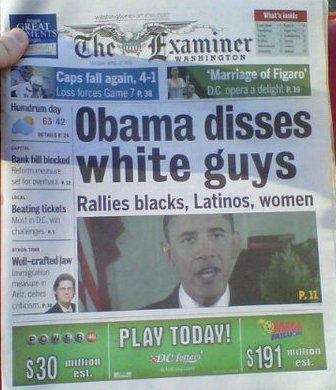 It seems pretty appropriate that the Examiner takes up this mission. As the Washington City Paper documented four years ago, it's precisely what the paper was founded to do:

Naturally, this conversation began with you-know-who. The good people at Rumproast interceded yesterday with the sort of headline that might have run in that space if honesty were considered a virtue. 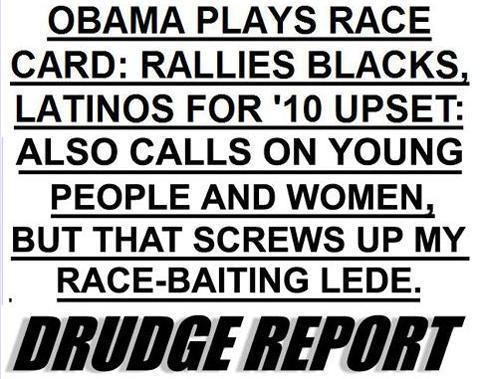 Anyway, white people, I'm sorry for all the terrible racism. Please keep your papers on your person at all times!