American sports fans wearing redface to celebrate their favorite team isn't anything new. Unfortunately, at Thursday night's NFL game between the New York Giants and Washington's football team at MetLife Stadium in New Jersey, a Washington football fan appeared to do so once again -- along with a headdress and feathers.

First reported by The Huffington Post on Thursday night, the Washington fan's costume has since been covered by ESPN, the New York Daily News and TMZ.

While many were quick to decry the fan, others questioned what was so bad about the costume.

"So what?" is not only an ignorant reaction to seeing redface, but a harmful one as well. It's evident that many Americans don't think redface is offensive, even though Native American advocates and citizens agree it is.

"The reason why redface is harmful and so offensive is because it does dehumanize. It turns us into a caricature," Simon Moya-Smith told The Huffington Post on Friday. Moya-Smith is a citizen of the Oglala Lakota nation and an editor at Indian Country Today, an online news magazine covering Native Americans.

Whether we're talking about the "Hollywood Indian," Rooney Mara playing Tiger Lily in the upcoming "Pan" movie or a sports fan in a headdress, Moya-Smith believes that American popular culture has conditioned us to be apathetic toward racist depictions of Native Americans.

"The fact that the dehumanization of Native Americans is so embedded in American culture that people hardly flinch, other than the Native American and the conscientious objector ... that’s the issue here. It’s not just this individual. It’s the culture that allows this," Moya-Smith continued.

"Unfortunately, it is very, very difficult to teach young people and citizens of America that redface is offensive when you have an institution like that NFL or high schools or college sports that essentially promote redface ideology without any explanation or without any historical context," Peterson told HuffPost.

Dude is literally in red face. He has painted his face red. (Christian Petersen/Getty Images) pic.twitter.com/hzdOc2Iol4

"What we have to be able to say to a person putting on redface and to the people who feel like it’s not a problem, is that it tucks in stereotypes that emerged out of oppressive colonial history, and for Native Americans, emerges out of the most comprehensively complete genocide," he continued.

Brian Howard, a legislative associate for the National Congress of American Indians, points toward the early 20th-century decline of the Native American population as one of the main causes for the rise and acceptance of Native American mascots, logos and names in sports.

"A lot of people believed that Native Americans were going to die away and become a part of history," Howard told HuffPost.

Lacking visibility outside of stereotypical depictions in white American culture, Native Americans and their 567 federally recognized tribes -- each with their own heritage, culture and religious beliefs -- were collated into a single redfaced stereotype.

"It really becomes a symbol for these caricatures and these stereotypes that are incredibly derogatory. Whether it’s the bloodthirsty savages, the noble savages, the simpleton -- redface is associated with that," said Crystal Echo Hawk, president of Echo Hawk Consulting, a social advocacy consulting firm for Native American tribes and nonprofits.

Sometimes redface has been compared to blackface in media and among Native American advocates to help people understand how offensive it is. Howard said the "the redface issue is completely tied with blackface." Moya-Smith agreed, but said the problem is that many people can't see how the two are related. "They can’t see that it’s similar to blackface. They just can’t," added Moya-Smith.

Peterson, however, doesn't think people should argue against redface by linking it to blackface. Because popular instances of blackface still happen, he argued, we still haven't even completely established that blackface is actually offensive.

"I’m not sure that it’s productive for us to tie redface and blackface together," Peterson said, arguing that because blacks and Native Americans both have extensive and distinct histories of oppression in the United States --  histories that clearly aren't fully understood by those who accept or feign ignorance about redface and blackface -- they should be discussed separately.

"I think we have to keep telling that narrative about both of these histories, because people don’t want to hear it," he concluded.

Echo Hawk is an activist for Native American social issues. According to her, the continued caricaturing of native peoples is a direct hindrance to enacting dearly needed policy changes.

"How can anyone take us seriously when we’re working in the realm of policy change with the federal government, the states and even our local communities, when we’re objectified and seen as ridiculous caricatures and not taken seriously?" she asked.

On the advocacy front, it's hard to fight for change when some believe Native American subjugation is a matter of being politically correct.

"As soon as we’re able to have a serious conversation and not get caught up in this rhetoric of political correctness or some other excuse like that, because it’s not about that," Howard said. "It’s about having a mutual respect for another human being." 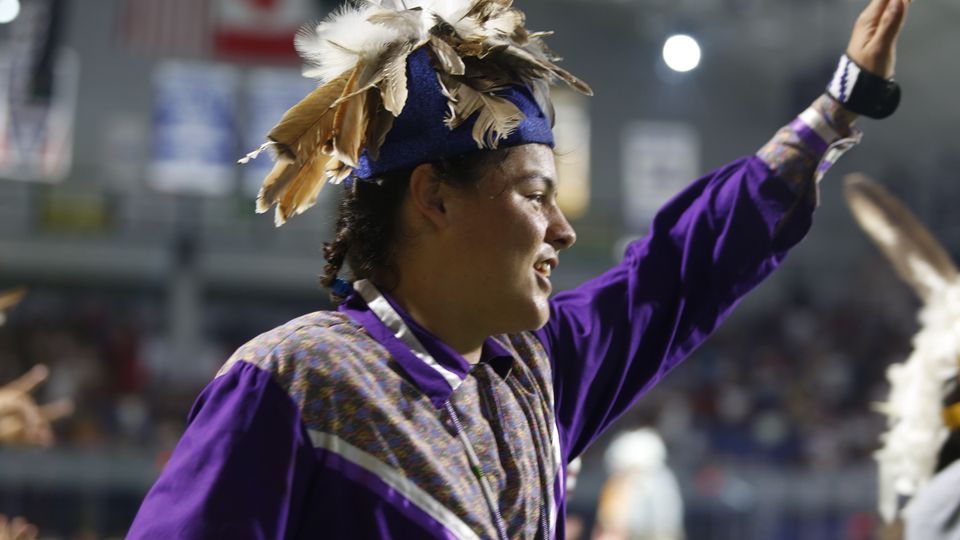