By Joan Blades and Ralph Benko 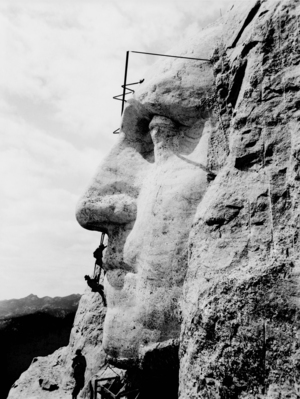 "Domination of one faction over another, sharpened by the spirit of revenge." Sound familiar? It should. It's what our politics has degenerated into. And George Washington in his farewell address, the anniversary of which we now celebrate, in these very words warned us that it is something America, to thrive, must avoid.

Sometimes a cultural icon, like Washington, becomes so omnipresent as to obscure what he or she stood for. Pull out a dollar bill, our most fundamental unit of account, and who is looking out on us? George. So, America, let's pay attention to what George told us. Today, as our politics has become so confounded, WWGD?

We, with others, are embarked on a very promising project, LivingRoomConversation.org, to soften the rancor of the political debate. (We call it a "domestic peace initiative.")

Washington's farewell address -- recently brought to our attention in a Huffington Post Blog by David Benko, the son of one of this post's authors -- warned against the very partisan paralysis that besets America today. Washington considered hyper-partisanship profoundly dangerous:

Let me now ... warn you in the most solemn manner against the baneful effects of the spirit of party generally.

This spirit, unfortunately, is inseparable from our nature, having its root in the strongest passions of the human mind. It exists under different shapes in all governments, more or less stifled, controlled, or repressed; but, in those of the popular form, it is seen in its greatest rankness, and is truly their worst enemy.

The alternate domination of one faction over another, sharpened by the spirit of revenge, natural to party dissension, which in different ages and countries has perpetrated the most horrid enormities, is itself a frightful despotism. ...

[T]he common and continual mischiefs of the spirit of party are sufficient to make it the interest and duty of a wise people to discourage and restrain it.

It serves always to distract the public councils and enfeeble the public administration. It agitates the community with ill-founded jealousies and false alarms, kindles the animosity of one part against another, foments occasionally riot and insurrection. ...

And there being constant danger of excess, the effort ought to be by force of public opinion, to mitigate and assuage it. A fire not to be quenched, it demands a uniform vigilance to prevent its bursting into a flame, lest, instead of warming, it should consume.

What to do? Washington -- "First in war, first in peace, and first in the hearts of his countrymen" -- put his finger right on it: take action to prevent the spirit of partisanship from "bursting into a flame..." by enlisting "the force of public opinion."

Inviting and sitting down with someone of an opposite political persuasion... and each of you inviting two others, for -- literally -- a living room conversation, has the quality of soothing "ill-founded jealousies, false alarms, and animosity." This is not an exercise in mutual evangelization.

It is, as we have experienced in helping to orchestrate over a hundred of such conversations, a way of active listening and the cultivation of mutual respect for each other's own, unique, valuable points of view. How to do it? Simple. The recipe is right on the home page of LivingRoomConversations.org.

Bonus! It's an exhilarating experience, not a chore. One of our young associates, Serena Witherspoon, also publishing in the Huffington Post, reporting on the first Living Room Conversation she conducted: "After the conversation was over, I felt like we were on a high of togetherness. The conversation environment was incredibly validating and empowering..."

Setting up and having a conversation may seem like a small thing. Yet as Napoleon Bonaparte once observed, "It is but a step from victory to defeat. In affairs of magnitude, I have learned that, in the last resort, everything invariably turns upon a trifle."

There hardly can be an affair of greater magnitude than tamping down hyper-partisanship and putting America back on track. And while our little words may seem a "trifle" they can be, as we are learning from the outcomes of these conversations, what everything turns upon.

Each of us holds immense power. Together we can forge an Irresistible Force! The "high of togetherness" beckons...

WWGD? We believe that George would be celebrating the bringing together of opposites to have a living room conversation to soften hyper-partisanship.