WASHINGTON, March 5 (Reuters) - Dozens of people staged a "sled-in" on Capitol Hill on Thursday during a late-winter snowstorm, ignoring a police ban on sledding on the grounds of the white-domed symbol of U.S. democracy.

"We're out here sledding for America," Mai Fernandez told Reuters Television after she skidded down the hill with her dog, Ariel, in her lap.

Sledding has been prohibited on Capitol Hill for security reasons since the Sept. 11, 2001, attacks on the United States. U.S. Capitol Police said recently they would enforce the ban.

Details on the "sled-in" were posted on a Change.org petition after District of Columbia Representative Eleanor Holmes Norton's request for a four-day waiver to allow sledding was denied. Before the ban, the Capitol grounds had long been a site for sledding.

The snowstorm drew dozens of Washingtonians to Capitol Hill, with children racing down the slope on sleds and adults sliding in snowpants. At one point, the fun seekers were outnumbered by media covering the story.

A U.S. Capitol Police officer approached sledder Tim Krepp and said: "There is no sledding or skiing on Capitol grounds for life, safety and property damage issues." But police did not intervene to stop the sledders.

Thursday's storm was part of a huge system stretching from Texas to New England that closed schools, canceled nearly 4,000 flights and stranded hundreds of drivers in Kentucky.

See photos from around Capitol Hill below: 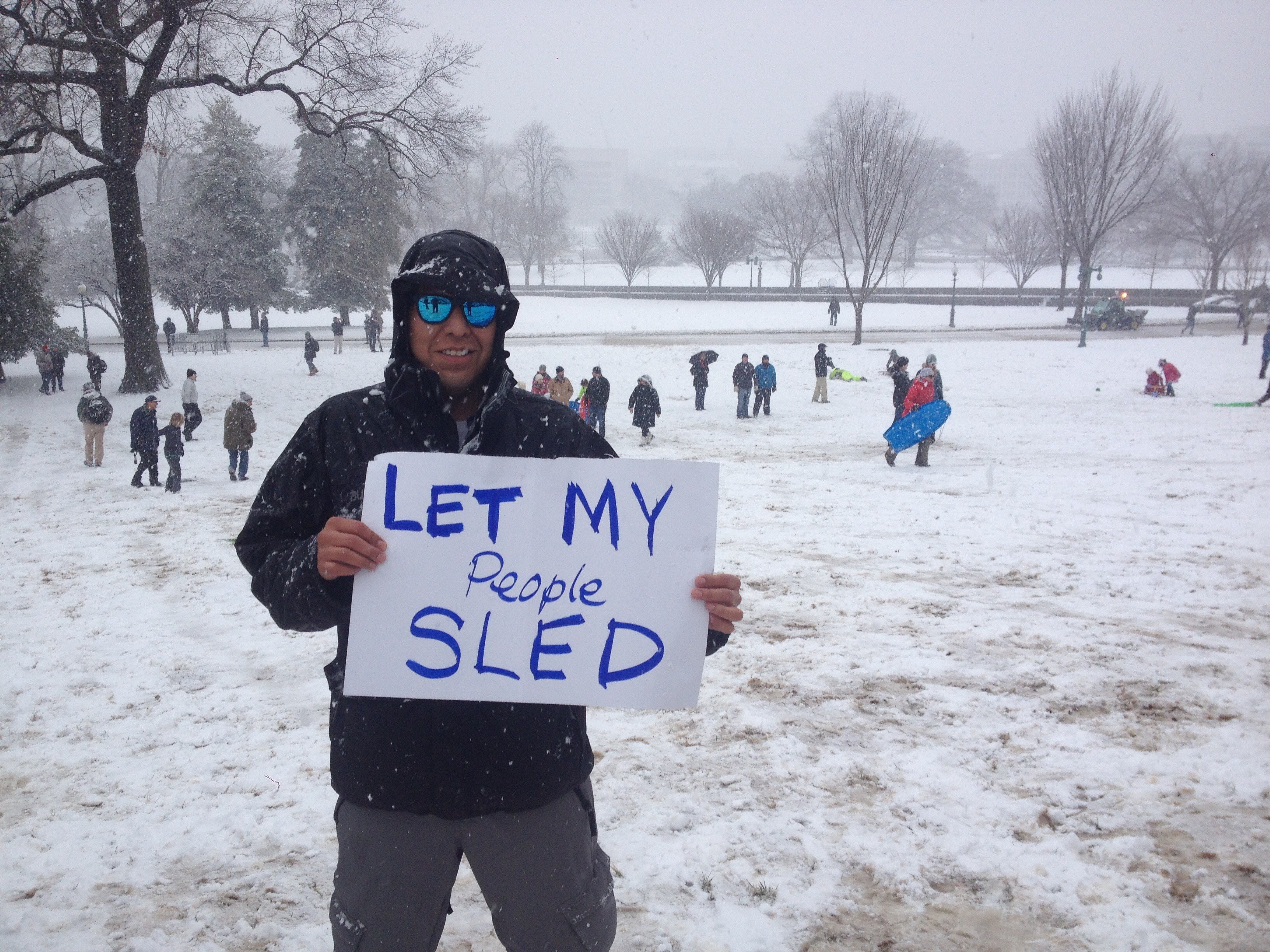 A Senate staffer holds up a sign while others play in the snow around him on Capitol Hill. (Photo: Jesse Rifkin/HuffPost) 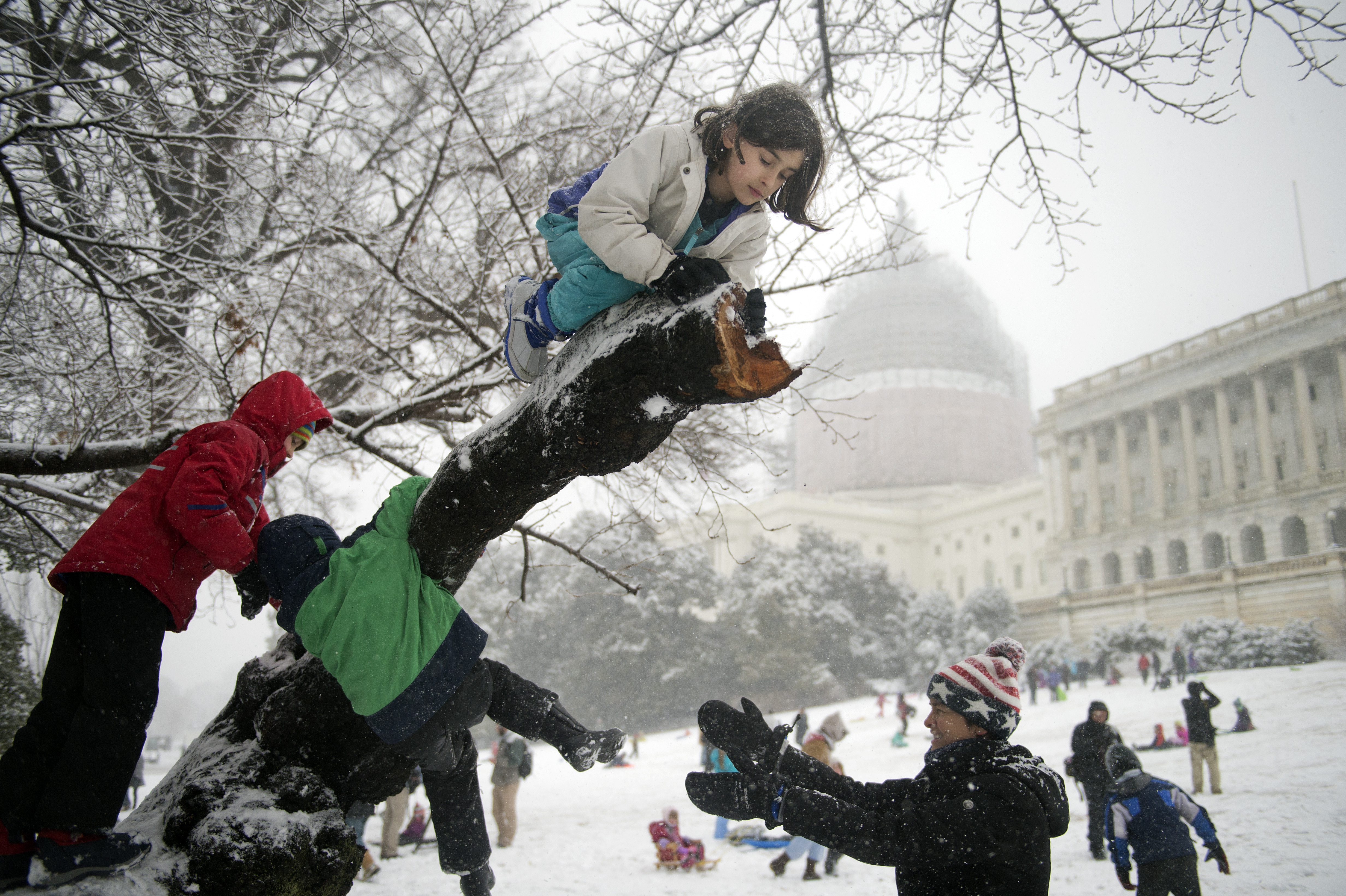 Erin Johnson, 8, of Capitol Hill, hangs out in a tree on the west front lawn of the Capitol during a snow storm, March 5, 2015. (Photo By Tom Williams/CQ Roll Call) 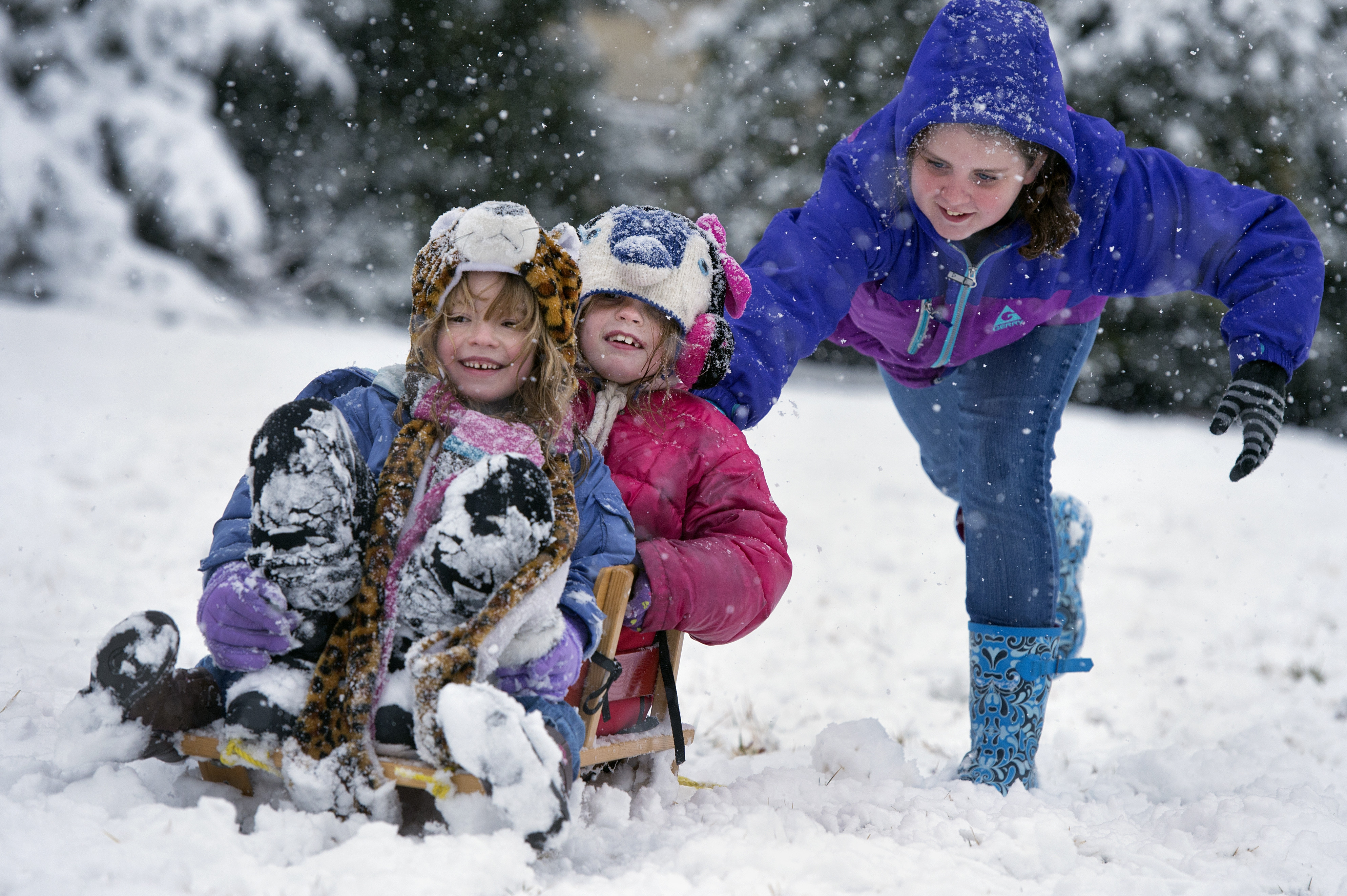 From left, Claire McKeon, 7, Megan Krepp, 7, and her sister Cason, 10, of Capitol Hill, sled on the west front lawn of the Capitol during a snow storm, March 5, 2015. (Photo By Tom Williams/CQ Roll Call) 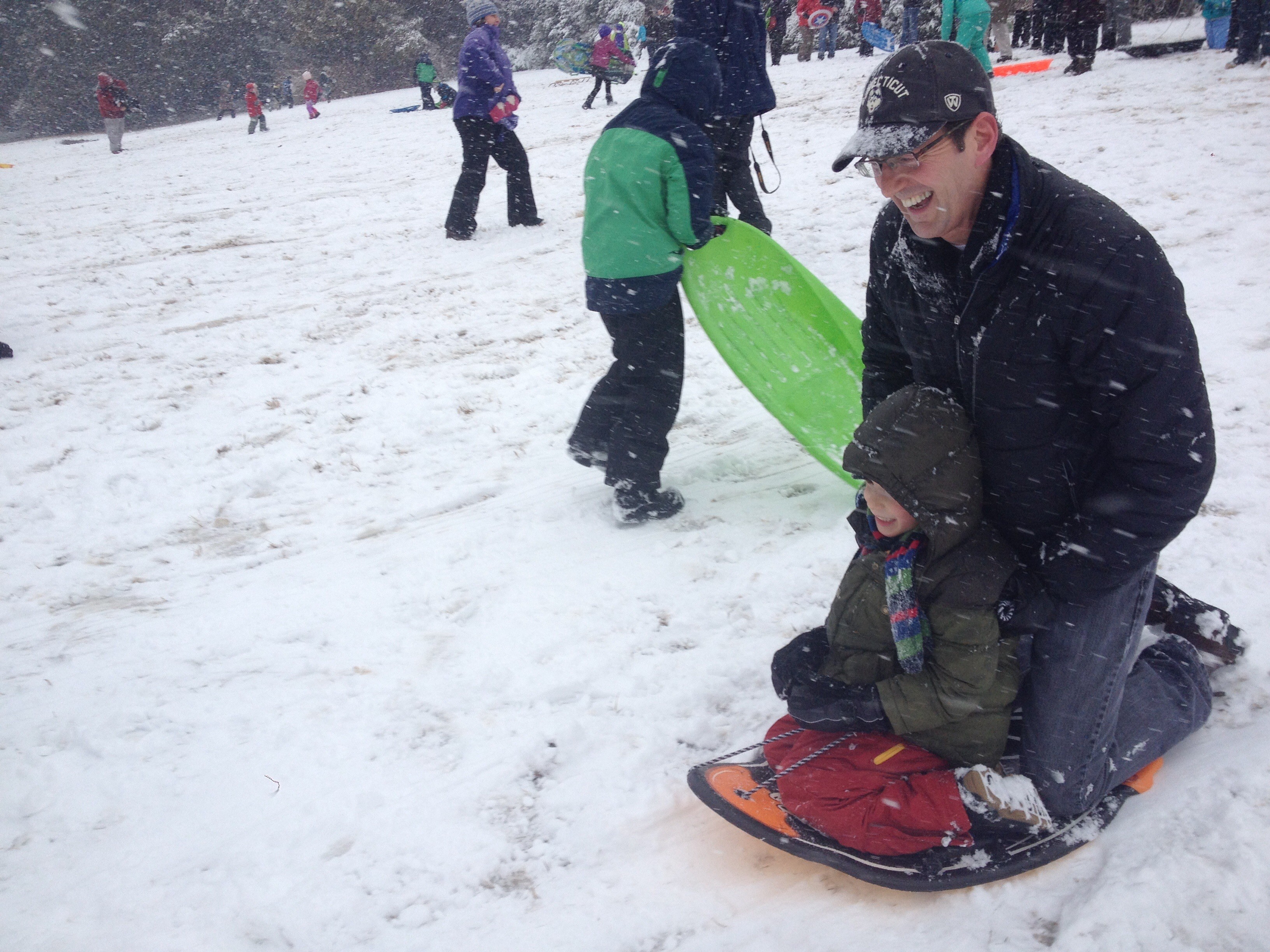 A father and son share a sled down Capitol Hill. (Photo: Jesse Rifkin/HuffPost) 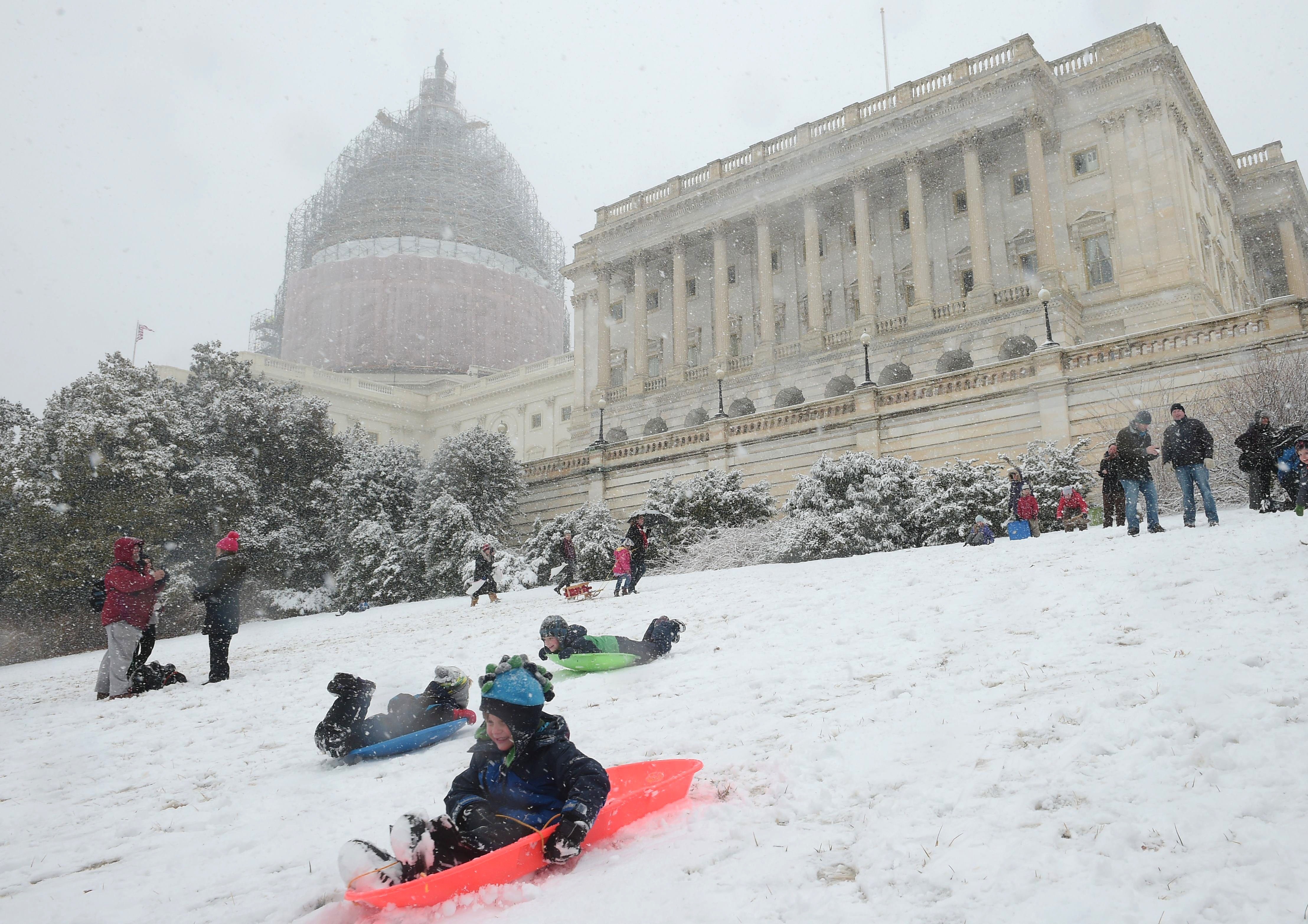 Children ride sleds down a hill on the West Lawn of the U.S. Capitol on March 5, 2015 in Washington, D.C. Sledding has officially been banned from the Capitol grounds since the 9/11 attacks. An impromptu 'sled in' showed up on social media calling for civil disobedience to protest the ban. (MANDEL NGAN/AFP/Getty Images)