A disease that has decimated bat populations in the eastern U.S. has made a shocking jump to the West, putting the winged mammals in peril and threatening to drastically alter ecosystems in the region.

A little brown bat with white nose syndrome was found by hikers on a trail east of Seattle in mid-March, the first time the deadly fungus has been detected west of the Rockies. The immobilized bat was taken to an animal shelter, where it died two days later.

The discovery was announced Thursday by the Department of Fish and Wildlife and the U.S. Geological Survey.

"We’ve been dreading this,” Mollie Matteson, senior scientist with the Center for Biological Diversity, told The Huffington Post.

Until March, the westernmost reach of the disease had been Nebraska, 1,300 miles from the site in North Bend, Washington. “This is a drastic jump,” Matteson said.

"This is the first time, to our knowledge, that there has been a long-range jump of the fungus," Blehert said.

The disease, caused by the fungus Pseudogymnoascus destructan, can completely wipe out an entire bat colony. It has killed more than 6 million bats in the eastern U.S. The destruction it has wrought on bat populations has been described as the most precipitous decline of North American wildlife in the past century.

The fungus grows on the noses, wings and ears of affected bats, giving them a white, fuzzy appearance. The devastating disease spreads throughout bodily tissue, disrupting physiological processes, interrupting essential hibernation periods and causing bats to waste away.

Seven cave hibernating species of bats in 28 states and five Canadian provinces have been affected by white nose syndrome since it was first detected in 2006 in upstate New York. Two of those species live in Washington state.

"I wish I could be optimistic, but given what we have seen on the East Coast, it’s hard to," said Sharlene E. Santana, assistant professor of biology at the University of Washington.

"We knew it was coming [to the West], but we didn’t know it would be so soon," Matteson said.

Analysis of the Washington bat conducted by Blehert and his team revealed concerning details. Tissue analysis found that the disease was at an advanced stage, suggesting it had been present for some time. Second, the genetics of the bat indicate that it was a native of the area, not one that was transported there from afar.

"We don’t know how the fungus got there," Blehert said. But he offered two hypotheses of how it might have traveled: bat-to-bat, which, at a jump of 1,300 miles, would be an extraordinary one, or through human travel and trade, the largest driver of infectious disease.

Humans, who act as carriers of the fungus to vulnerable bat populations, are believed to play a significant role in transmitting the disease. The clothing and gear of hikers and spelunkers can transport the fungus, according to scientists.

The disease appears to only affect bats and poses no known threat to humans.

But since bats are an integral part of an ecosystem, scientists are concerned about the chain reaction their loss might have on plant and animal life, including humans. Bats play a key role in keeping insect populations in check. Rising insect populations could prompt farmers to use more chemicals to protect their crops, Matteson said. There is potential for a spike in disease-carrying insects if their predators are removed from the picture. And a loss of bats would be disruptive to animals that feed on them and other animals that live in caves.

Unfortunately, there is no surefire way to cure the disease or curb its spread.

"We had hope that by the time [white nose syndrome] started to spread to the West, that there were more effective treatments in place," Matteson said.

Genetic analysis offers some hope of learning where the fungus originated, which could help guide precautions in the U.S. and around the world, Blehert said. Researchers are also exploring the possibility of controlling the disease through biological means, such as vaccines.

Matteson stressed the need to address the possibility of human spreading of the disease, which is likely how it first arrived in North America from Europe and Asia, where it is endemic.

"For years, we have been saying there needs to be stricter protocol put in place to minimize the chance of a jump like this via human transmission," she said.

In some areas of the country, abandoned caves and mines have been closed to protect resident bats. Federal agencies encourage visitors to decontaminate themselves and gear before entering an area with bats, but Matteson argued decontamination should be mandatory. "We have species that are at risk of going extinct; it’s the least that could be done," she said.

Still, scientists are unclear whether it will spread explosively as it has in the eastern U.S. Because bats in the western U.S. tend not to hibernate in large groups, the disease might not spread as widely or quickly from bat to bat, Matteson said. But far less is known in general about how bats hibernate on the West Coast, she said, which means the bats could already be dying.

"As the case in Washington indicates, the disease has already been there for a couple years, and it just got discovered this past month," she said.

The unknowns -- how many bats are infected, how long, and how did the disease get there -- are "very troubling," she continued. It’s also unknown how susceptible West Coast bat species are to the disease. In the worst-case scenario, there may be species on the West Coast that will become "candidates for the Endangered Species Act listing," she said.

"One of the huge problems with white nose syndrome has been that the [government] response was slow to get off the ground, it was disorganized, a lack of leadership, there wasn’t any decontamination requirement for western public lands, no cave closures," Matteson said.

"There will be more in the future," she said. "We need to learn our lesson."

Wildlife officials encourage people who encounter sick or dead bats to report it via an online reporting tool or telephone hotline, 1-800-606-8768.

Washington White Nose Bat Death Becomes First West Of Rockies
The Craziest And Most Colorful Animals On The Planet, Nudibranches! 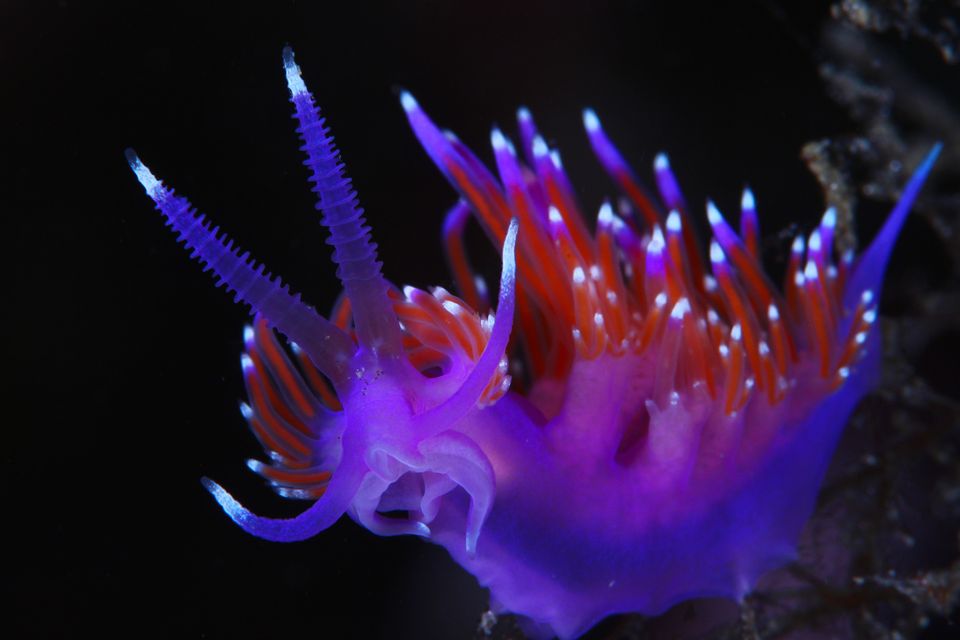