Artists Thomas Rousset and Raphaël Verona traveled across the Altiplano region of Bolivia for a very specific reason.

They wanted to photograph the astounding spiritual diversity of the landlocked South American expanses, capturing portraits of the healers, witch doctors and medicine men who keep traditional mystic culture alive. Living in a beautiful space between the country's storied religious past and its rapidly advancing present, these figures represent magical realism in the 21st century. 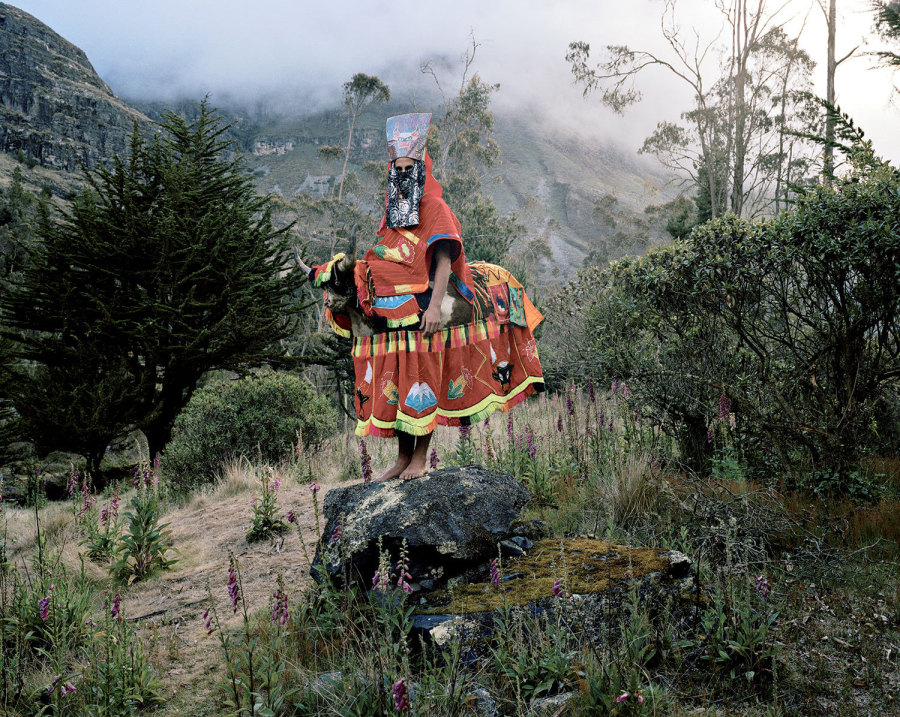 From a snapshot of masked women lounging beside an antenna-equipped television to a crowded storage room packed to the brim with curious relics, Rousset and Verona's series reveals a quietly fascinating religious realm not often seen by Western audiences. Many of the images are staged, populated by merchants and makers of ritual objects in places like La Paz, Oruro, and Potosi. This includes a plethora of indigenous peoples, such as the Aymara, a politically active group descended from pre-Inca ancestors.

The photos, collected together in a book titled Waska Tatay, are marked by their merging of yesterday and today. Traditional costumes, rites and totems exist in the same frames as cell phones, electrical cords and plastic trash bags. The juxtaposition of then and now seems to effortlessly mimic a tension between good and evil, illuminating the real complexity of an aging culture.

"The use of the word 'witch' derives from the Spanish colonization," the artists explained in an interview with Hot Shoe International. "And from the Catholic Church in which men communicate with the divine through intermediates: With God through a Priest and the Church, and with the Devil through witches and witchcraft. However the Altiplanic belief system is much more complex, not conforming to such a black/white dichotomy. For them the mortal world is porous."

Check out a preview of Waska Tatay below and head over to IDPURE's website to learn more about the book.