Tim Cook and company will take the stage at the California Theater in San Jose, Calif., to reveal the latest products that have had the tech world speculating since invitations for the event arrived in journalists' inboxes on Oct. 16.

What do we expect Apple to launch this time around? Well, the most anticipated new device is what has become unofficially known as the "iPad Mini," rumored to be a 7-inch version of Apple's iPad tablet. The "Mini" device is expected to be priced more affordably than Apple's 10-inch iPad and would compete with tablets like the Kindle Fire and Nexus 7. There have also been rumors that the tech giant may release a 13-inch MacBook Pro with Retina display, a refreshed line of iMac desktops and more.

For The Best Video...

This time around, Apple is streaming the event live from Apple.com (here). The only caveat is that to view updates, the "video requires Safari 4 or later on Mac OS X v10.6 or later; Safari on iOS 4.2 or later," according to the company's site. You can also stream the event live from a second- or third-generation Apple TV, running on version 5.0.2. or later.

If you have a fairly new and recently updated Apple device, the event will be easy to access. For everyone else, there are plenty of other places you can follow along online.

For The Best Pics...

Engadget, sister blog of the Huffington Post (both owned by AOL), is known for quickly posting high-res photos from inside Apple's press events. Keep an eye on Engadget's live blog for a first look at all the latest products.

For The Best Liveblogging...

In addition to Engadget's live blog, there are several other sites that will post update on the event as it happens:

And of course, you can also follow HuffPost Tech's coverage of the event here or on Twitter (@HuffPostTech). Before the web is filled with breathless reviews and updates, check out our roundup of everything we expect Apple to announce (here). 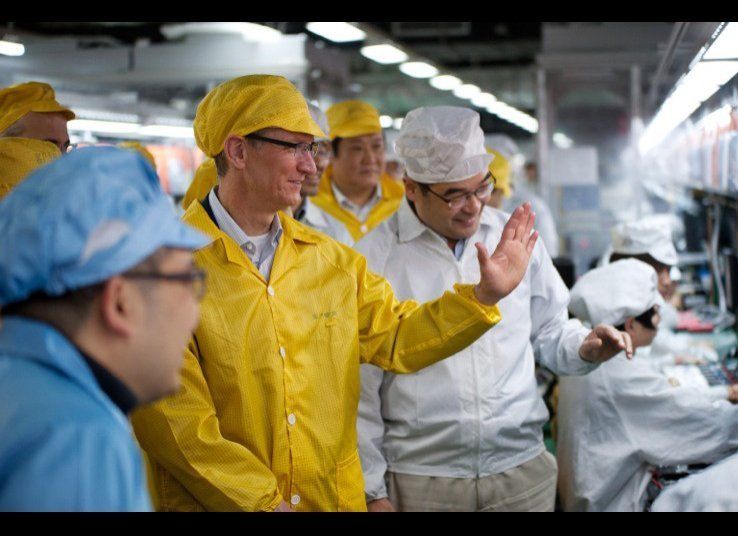