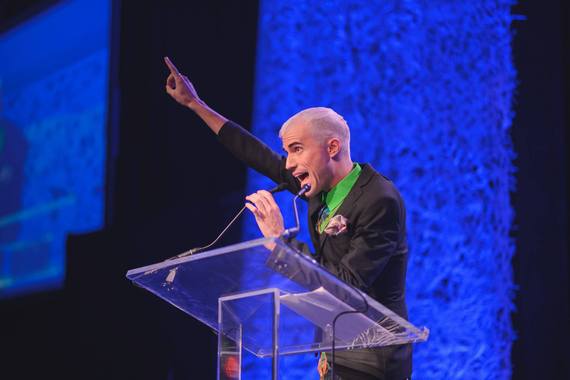 The final awardee was Neon Trees lead singer, Tyler Glenn, who grew up Mormon and gay in Utah. And while we all anticipated his musical performances to be awe-inspiring, I don't think any of us were ready for the fierce realness he brought to the stage that night during his speech.

Grab some popcorn and some tissues. Your heart is about to explode. This kid blew the roof off the joint (and had a surprise introduction by none other than Dustin Lance Black and Tom Daley).