In Las Vegas you can't often beat the house. But you can bring it down to make way for progress.

Watch as the historic Riviera hotel's Monaco tower crumbles to the ground in a controlled implosion early Tuesday.

It took less than a minute for the 24-story building to collapse into history, the Las Vegas Review Journal reported. The Riviera closed last year after more than 60 years in business.  It hosted such luminaries as Frank Sinatra, Louis Armstrong, Barbra Streisand and Liberace, CityLab noted.

The Monaco tower was built in 1987, and it truly went out with a bang. There was a fireworks display and party, as often happens with Vegas casino implosions.

Las Vegas Convention and Visitors Authority bought the property last year. It will be used as part of a convention center expansion project, the Las Vegas Sun reported.

"It’s a bittersweet moment for me to watch my past being blown up," Former Nevada Gov. Bob Miller, who lifeguarded at the Riviera as a kid, told the Review-Journal. "In with the new." 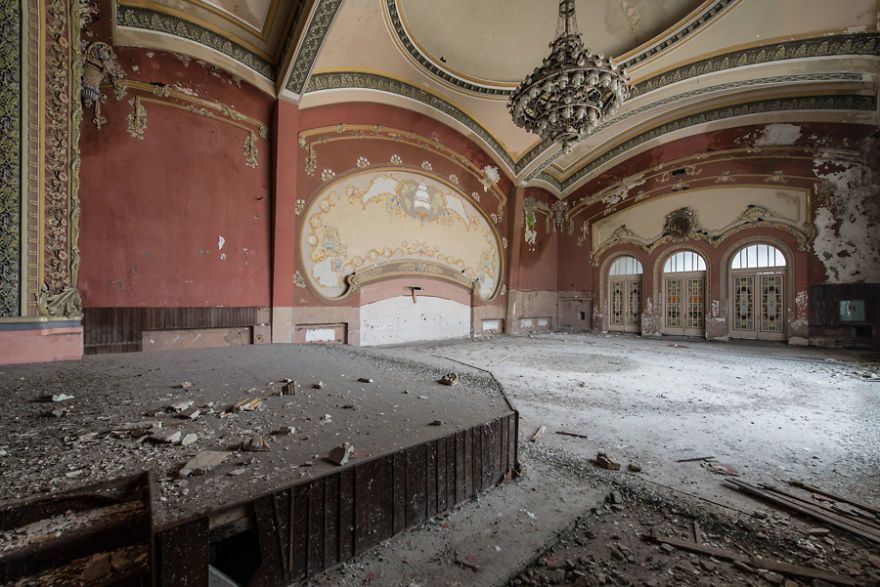