Ascent successful. Dragon enroute to Space Station. Rocket landed on droneship, but too hard for survival.

After a one-day postponement, SpaceX is set to launch another cargo-laden unmanned rocket toward the International Space Station today--and to try again to land the first stage of its Falcon 9 booster rocket on a platform floating in the Atlantic off Florida's east coast.

The launch is scheduled for 4:10 p.m. EDT from the Cape Canaveral Air Force Station in Florida. You can watch it live here.

Yesterday's launch was scrubbed because of bad weather. Today there is a 60 percent chance that weather conditions will permit the launch.

(Story continues below infographic--click to enlarge.) 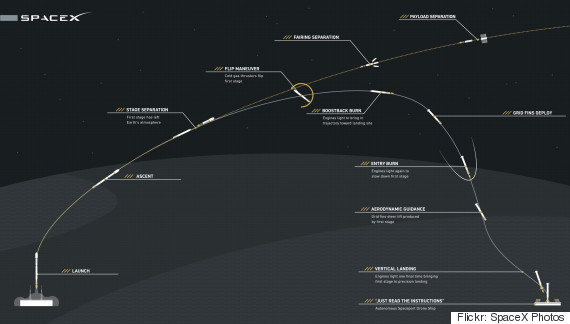 This will be the company's third try at landing a rocket on the platform, the Associated Press reported, its first step toward creating a reusable rocket that SpaceX CEO Elon Musk believes could reduce the cost of spaceflight by a factor of 100. The first try, last January, ended in flames when the rocket crash-landed and disintegrated--a turn of events Musk called a "rapid unscheduled disassembly." An attempt last February was scrubbed because of rough seas.

"I would up my probability to 75 percent at this point in time, maybe 80," Hans Koenigsmann, SpaceX vice president of mission assurance, said on Sunday during a press conference regarding the mission's likelihood of success, according to Space.com.

The unmanned Dragon capsule atop the rocket contains more than 4,300 pounds of food, equipment, and experiments to be delivered to astronauts aboard the International Space Station, USA Today reported. The payload also includes an espresso machine designed for use in space, according to AP. 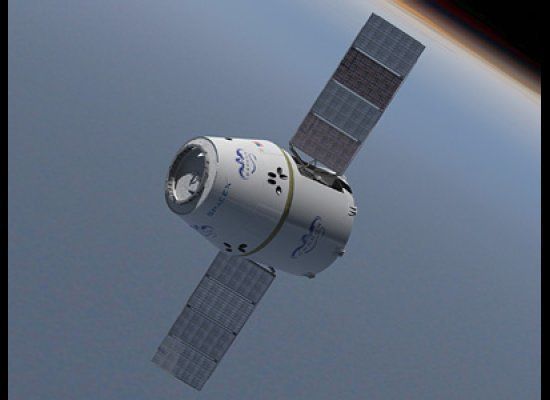