From high fashion labels to everyday language, the hip-hop community is redefining American culture. To coincide with the release of marketing executive Steve Stoute's debut book, "The Tanning Of America: How the Culture of Hip-Hop Rewrote the Rules of the New Economy," HuffPost Black Voices presents the first episode in an ongoing video series, "The Tanning Effect."

Check out part one of the exclusive interview above, featuring Jay-Z discussing the meaning of his joint album with Kanye West, Watch the Throne, which debuted at number one in 23 countries; on his epiphany that his music has a substantial impact on mainstream America; and how Cristal champagne snubbed him as an unpaid spokesman.

Yes, it's true that in the past the idea of pushing brands would have been seen as inauthentic, or something you did after your career peaked, or as some kind of selling out. But no longer. Why not? Why wasn't it selling out for rappers to embrace and promote Versace when it would have been seen that way for rock 'n' roll and R&B icons or pop superstars? Well, one reason, as we saw with "My Adidas," was that it's not a sellout when it's authentic to your taste and style anyway and you're already doing product placement for free. It was part of the art and far from selling out; Andy Warhol proved that when he painted iconic pop art portraits of products like Campbell's soup cans, paying homage to one of the most classic, enduring American brands ever.

When I asked Jay-Z for his insights, he pointed out that many of the rock musicians had come from sustainable backgrounds, seeking acclaim for their talent and a level of cool that playing music gave them. For rappers coming out of the projects, getting paid and bettering yourself is part of gaining credibility. Jay reminded me also that it's not selling out when a kid in the projects sees a guy rapping about Sprite or the Gap because they know he'll be getting the money and that feeds his or her own aspiration. It's not that being acknowledged for talent and great work isn't desirable, but getting paid trumps those goals. I agree. I don't think many hip-hop fans ever subscribed to the concept of selling out, not when you come from nothing and a deal can become part of your rags-to-riches success story.

PHOTO GALLERY
The Tanning Effect: Behind The Scenes, Jay-Z
Download
Calling all HuffPost superfans!
Sign up for membership to become a founding member and help shape HuffPost's next chapter
Join HuffPost

WATCH: Exclusive Jay-Z Interview With Steve Stoute (Part One)
The Tanning Effect: Behind The Scenes, Jay-Z 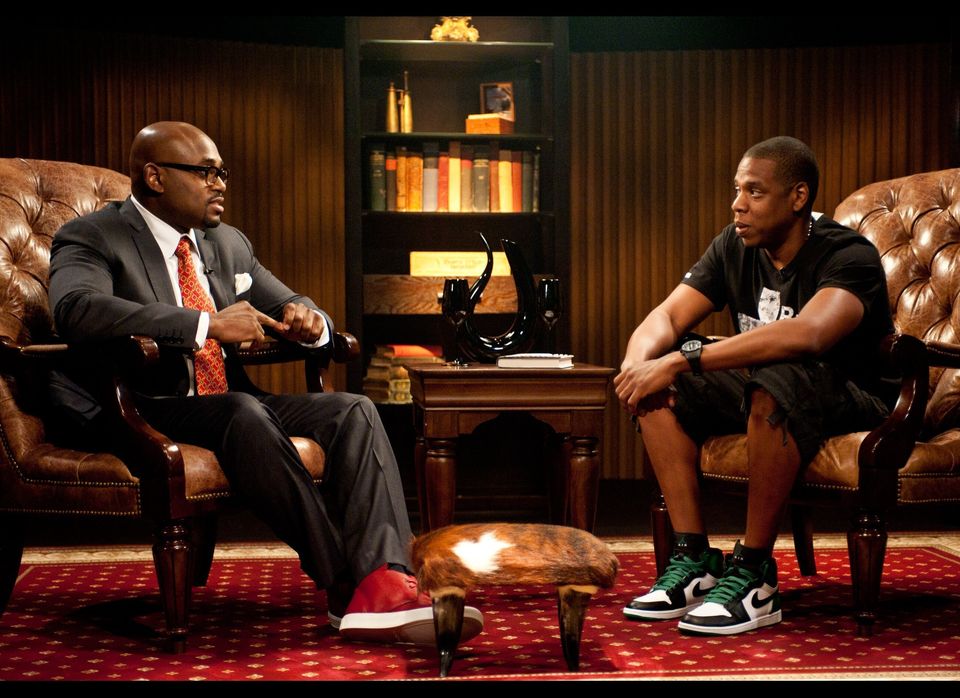