We have a new national narrative of resource urgency unfolding before our eyes -- the impending collision between water and energy. None of the big energy producers or large water use sectors will be left untouched. We need energy to move water, we need huge amounts of water to make energy. 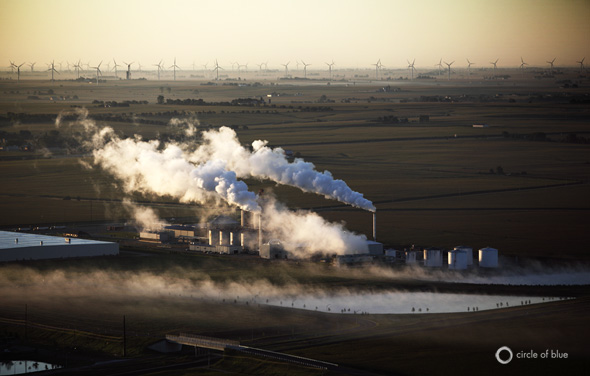 Yet as part of our Choke Point: U.S. series, Circle of Blue reports today that a far-reaching federal program of research and analysis, funded by Congress and designed to help the nation anticipate and temper the mounting conflict between rising energy demand and diminishing supplies of fresh water, has been brought to a standstill by the Department of Energy, according to government researchers involved in the project.

Among the primary conclusions we reach in Choke Point: U.S. is that the nation has not yet recognized the significance of the collision between energy demand and water supply to the economy or the environment. The DOE Road Map report was intended to be a vital step toward closing that information gap.

Circle of Blue's coverage is the latest chapter in the Choke Point: U.S. series, a penetrating exploration of the fierce contest between the nation's growing demand for energy, and the tightening supplies of fresh water.

Next to agriculture, energy production withdraws and uses more water than any other sector of the American economy. The Choke Point: U.S. report, which started on August 3 with a dispatch from the southern Virginia coal fields, and has added new chapters weekly, makes a strong case that the United States quickly needs to reconsider and realign much of its energy production policy and water management practices in order to avoid dire shortages of water and potential shortfalls in energy.