Three hundred miles south of Nogales, Arizona, a coalition of Yaqui Indians has been blocking traffic for several weeks along Highway 15 between Guaymas and Ciudad Obregón, Sonora. Cars idle for hours in 110-degree heat. Drivers lose gas, sweat, and patience in equal measure because of the Yaqui protest. But that's in Mexico. Why should Americans care?

The blockade demands our attention because it brings to surface the history of U.S. involvement in the borderlands region. It underscores the ongoing dilemmas facing resource usage in the West. And it speaks to the importance of respectful dialog between administrators and indigenous populations, a truth too easily avoided.

Yaqui leaders -- along with other activists in the "Citizen Movement for the Defense of Water," or El Movimiento Ciudadano por la Defensa del Agua -- intermittently block highway traffic to protest the Sonoran government's delivering additional water from the Yaqui River to the state's most populous city, Hermosillo. Until recently, Sonora has been satisfied with simply ignoring their complaints.

Unfortunately for the state government, Highway 15 runs smack through federally recognized tribal lands. Yaqui protesters need only constrict this economic artery to get officials' attention. And it works. Over the past two months, the protest has caused significant problems for the regional economy.

To counter the Yaqui blockade, officials have played victim to what they claim to be ruthless negotiating tactics. But disrupting traffic is the most effective leverage the Yaquis have. Nevertheless, officials and citizens alike are attempting to distort a public debate, appealing to populist sentiment in Hermosillo and broader Sonora. "Everybody needs water," they say, with a keen eye trained on the obvious.

But what does "everybody" mean? The Sonoran government does not care to clarify. It did not consult with Yaqui governors before building a multimillion-dollar aqueduct to deliver the waters from the Yaqui River. What's more, by moving forward with the project, state officials are defying an order from the Supreme Court of Mexico, not to mention a 1937 decree from then-President Lázaro Cárdenas that guarantees the tribe 50 percent of the waters from its river.

The current Yaqui struggle against foreign intrusion is but the latest instance of what the famed anthropologist Edward Spicer referred to as "cycles of conquest." In the 16th and 17th centuries, Jesuit priests targeted Yaqui souls for conversion to Catholicism. In the 18th century, Spanish colonial powers attempted to extract minerals while subduing indigenous resistance. In the 19th century, the Mexican state wielded campaigns of military conscription, extermination, ethnic cleansing, and deportation against Yaqui families.

Then the Americans came. In the 1890s, U.S. capitalist development in the West turned south to Mexico. Investors wanted to reclaim land in the Yaqui Valley by the same methods used in the arid West: railroad development and irrigation agriculture. One booster, Walter Logan, proclaimed that "Sonora is the California of Mexico, and history repeats itself." U.S. companies like Logan's Sonora and Sinaloa Irrigation Company and later the Richardson Construction Company wanted to pump profits from the ground using American ingenuity. 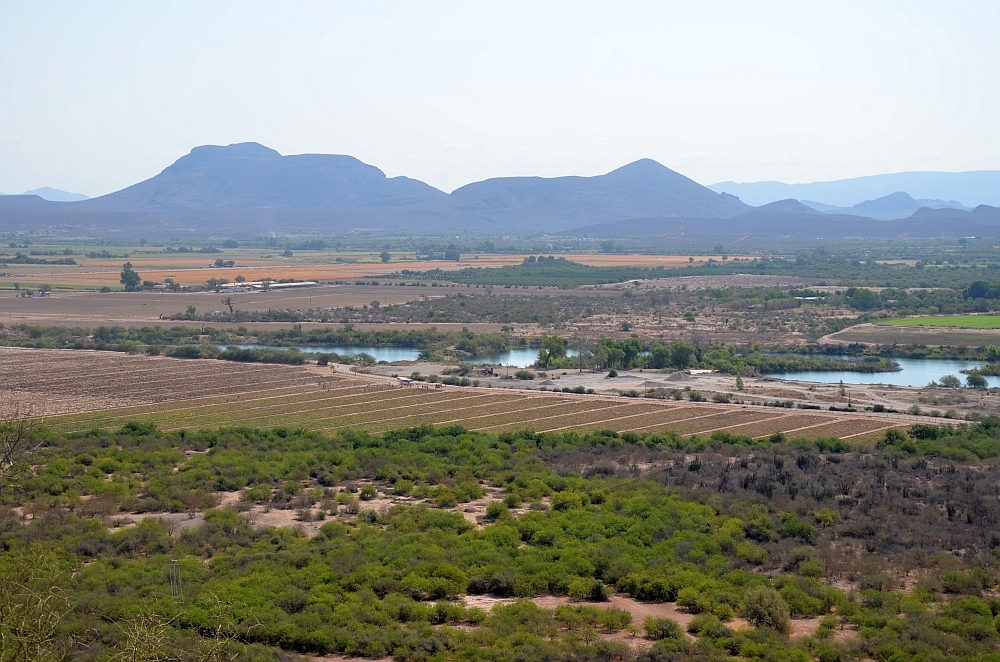 Yet U.S. investments only exacerbated social divisions -- between rich and poor, hacendado and peasant -- in Sonora. The Yaquis continued to resist the appropriation of their lands. To resolve two problems, the Mexican government in the early 1900s began to deport Yaquis to plantations in Yucatán, thus clearing the valley of rebellion while supplying henequen operations (dominated by Uncle You-Know-Who) with much-needed manual labor. Were it not for the Mexican Revolution after 1910, the Yaquis might not have survived this assault on their lands and their people. As a result of this period of social dislocation, many Yaquis fled to Arizona, supplementing others already north of the border. Today, the Pascua Yaqui Tribe in Tucson maintains strong ties with many of its members in the Sonoran home lands.

Yet their fight continues. When I visited Sonora last summer to conduct oral history interviews related to the Mexican Revolution, one informant brought up the current struggle over water. "Yes, the fight is on," he said. "Not with guns, but with pens and politics." And the Internet.

This latest struggle began in the early 1950s and 1960s, when Sonoran officials constructed two dams and began sending a large percentage of Yaqui waters to large-scale farmers whose land had become irrigable with past help from U.S. investors. The diversion of so much water and the introduction of pesticides into ground supplies left the Yaqui pueblos without sufficient potable water. As a result, most Yaqui families today -- among the poorest in the nation -- must buy drinking water and store it locally in a large drum. Meanwhile, the town of Hermosillo keeps expanding along with its need for water.

Commenting on the state of the protest, the governor of Sonora recently made what can only be described as a stunning display of ignorance. Governor Padrés Elías expressed dismay at Yaquis trying to block the allocation of additional waters to Hermosillo. He lamented "the existence of people, citizens, and politicians" -- (read: Yaquis and their collaborators) -- "who want to take away water from the people." What the governor has done is simply to swap the victim for the perpetrator. Concerned about their access to water, residents of Hermosillo have formed coalitions, and, in so doing, are simply repeating the Western and Sonoran past. In ad campaigns, diverse residents proclaim, "We all need water to live." And the Yaquis?

Cognizant of historical cycles, another Yaqui interviewee spoke with me last summer about the tribe's never-ending struggle. "It's like what happened in the United States with the Apache," he said. He paused for a moment and then added, "But we continue fighting still."