She can’t walk or talk, but Zyla St. Onge sure can water ski!

The 6-month-old water baby was recently filmed zipping across a Florida lake on a pair of water skis in what her parents say sets a new world record for youngest water skier.

Keith and Lauren St. Onge, who both waterski professionally, watched with pride Saturday as their first-born was pulled 686 feet in a Winter Haven lake with a line of family and friends protectively standing by.

"We practiced in our living room with the skis and we kind of pulled her around," her mother told The Huffington Post Wednesday. "She would just look around and smile and wait for you to cheer for her. She just loves the attention."

Though there doesn't appear to be any official record for that earlier ride -- both the Guinness Book of World Records and USA Water Ski told HuffPost that they don't track such feats -- previous reports identify the skier as Parks Bonifay, who at 6 months and 29 days zoomed 100 feet across another Florida lake.

At the time of Saturday's trek, Zyla was 6 months and 27 days old. She had also skied the previous day, but for less than 100 feet, her mother said.

"We're just super excited," Lauren said. "People are loving it. We’re just excited to get the sport out there." 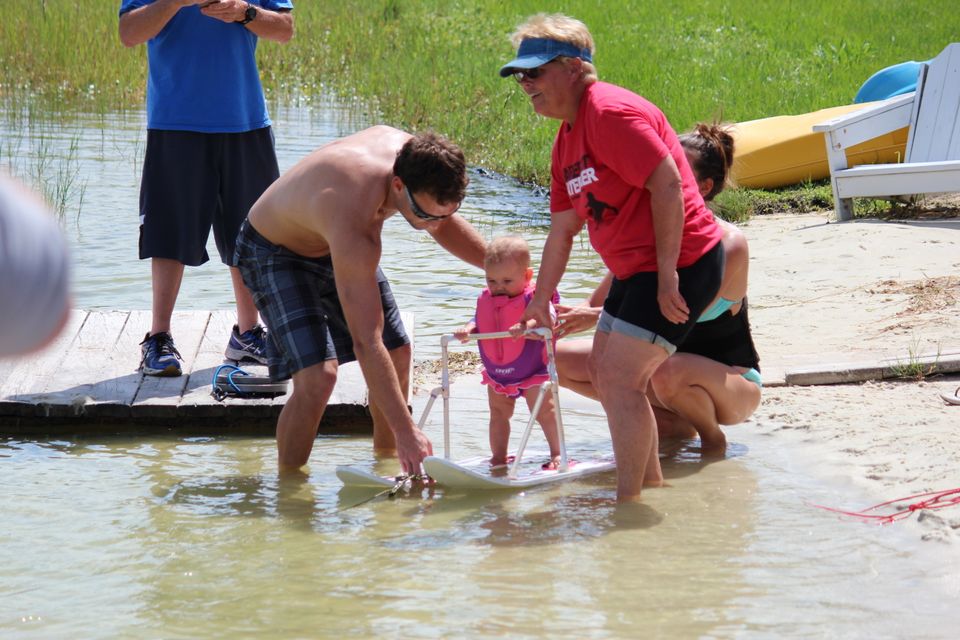 1 / 6
Take it away, Zyla!
Six-month-old Zyla St. Onge is seen preparing to water ski across a Florida lake on May 21.
Lauren St. Onge