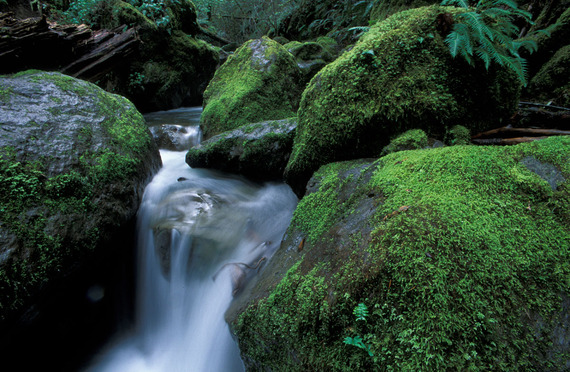 When we turn on a tap or press the button on a drinking fountain, we usually take for granted that clean, fresh water will pour out. Water is perhaps our most precious resource, and through a combination of science, engineering, and planning, it is practically free in most communities in the United States.

On World Water Day, we recognize that this is not the reality for an estimated 2 billion people across the globe who lack access to safe drinking water. Globally, over 3.4 million people die each year due to lack of access to water, sanitation, and hygiene.

Beyond the terrible toll unclean water takes in lives and suffering, there are also stark costs to economic development and global security. Total losses from poor water supply and sanitation are estimated at more than $250 billion annually. Water demand is expected to increase 55% by 2050 from 2000 levels, meaning that tensions over scarce resources are likely to mount -- both within and between countries.

So if you're interested in improving quality of life, economic growth, or security, investing in water is a no-brainer. The World Health Organization estimates that every $1 spent on water and sanitation returns $4.30. These gains derive from reduced health care costs, improved productivity, and increased return on investment in education because of fewer sick days taken by students.

The United States is one of the world's largest donors in the water sector, investing in infrastructure, technology, and financial instruments that bolster local capital. More than 20 U.S. government agencies and departments make major contributions to international water and sanitation challenges. The cornerstone of these efforts is the work of the United States Agency for International Development and the Millennium Challenge Corporation, which have allocated $6.3 billion for water-related projects in more than 60 countries from 2007 to 2014. These programs provided new or improved access to water and sanitation for some 52 million people across the globe.

Complementing these efforts is the U.S. Water Partnership (USWP), a public-private initiative launched by the State Department in 2012. The USWP is composed of more than 100 partners from government, civil society, and the private sector who have pledged over $1.3 billion to address global water and sanitation challenges.

The U.S. water sector has developed a rich history of scientific research and entrepreneurial solutions. One way that the USWP is working to share that knowledge with the world is through H2infO, an online library of thousands of water information resources, including case studies, maps, and manuals. If you need to design a system to collect rainwater from rooftops or a computer program that optimizes irrigation and crop strategies, H2infO is the place to go. Since its launch in 2014, thousands of users in over 150 countries have accessed H2infO.

Many of the water challenges around the world will be exacerbated by climate change and the growing interdependencies between water, energy, food, and the environment. Responding effectively to the nexus of all these factors will require new technologies and government policies that incentivize and support integrated planning and decision making. Coordination between sectors and a financial framework that encourages innovation and risk sharing will be critical.

With proper management, water can be a unifying factor between peoples instead of a source of friction. In the Western Balkans, the State Department aided in the launch of a formal multi-stakeholder advisory council for the Sava River Basin--the first such body for an international European river basin. Stakeholders from all five basin countries and from across academia, government, business, and civil society are participating in this new standing committee, which helps democratize the management of this natural resource following armed conflicts in the region just over a decade ago.

Water access and safety should never be taken for granted, but it's difficult to comprehend water's true value until clean water suddenly no longer flows from the tap. Water sustains life, unlocks opportunity, and is a necessary investment.