Water is one of those things just assumed to be good for you at all times, in all quantities. It's up there on the list of quintessentially nutritious foods and drinks with apples and broccoli and oatmeal. Water is so important and awesome, Michelle Obama wants you to drink more of it and she has created a whole new campaign around encouraging you to do so.

While most people in developed countries are lucky enough not to have to worry about where to find clean, safe drinking water, HO isn't taken for granted everywhere. Each year, more than 3.4 million people die worldwide because of water supply, sanitation and hygiene issues that lead to diseases, infections and malnutrition, according to the World Health Organization (WHO).

Life-threatening illnesses aside, there are still a handful of issues with your everyday water. Here are a few of those troublemakers, plus how to avoid them.

Bisphenol A
There's some research to suggest that this chemical, commonly known as BPA, found in some plastic water bottles, can leach into food and drinks, and may pose health risks especially to infants and children, according to the National Institute of Environmental Health Sciences. Luckily, more and more BPA-free bottles are available now. (However, some caution that even BPA-free plastics may still leach unwanted chemicals into your water when exposed to sunlight or microwaves or dishwashers, NPR reported.)

Not Washing Your Bottle
A reusable bottle -- stainless steel, perhaps? -- is a cost-effective and eco-friendly alternative to one-time-use bottles or cups, but you've got to keep it clean. Bacteria like to hang out in warm, wet places, after all, so screwing the lid on the mostly-empty bottle in your office, then refilling it the next morning is basically laying out the "Welcome" mat. Luckily, all it takes to stay safe is a regular wash with hot, soapy water -- and be sure to leave it open to dry, the San Francisco Chronicle reported.

Drinking From The Shower Head 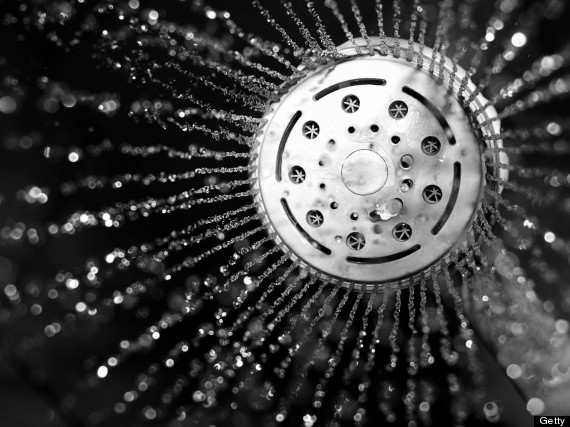 Speaking of warm and wet, it's time to clean your shower head. Yep, the spout is prime breeding ground for bacteria that go flying into the air when you turn on the shower. Luckily for most healthy bathers, this is less dangerous than it is merely gross, but people with compromised immune systems could be at risk, Health.com reported. Do yourself a favor and fight the temptation to sip from that fountain.

Crystal Light
We count 12 ingredients on the label of this "natural" flavoring. Twelve. Ditch the artificial sweeteners and other additives for a slice of fresh lemon.

Drinking Way Too Much 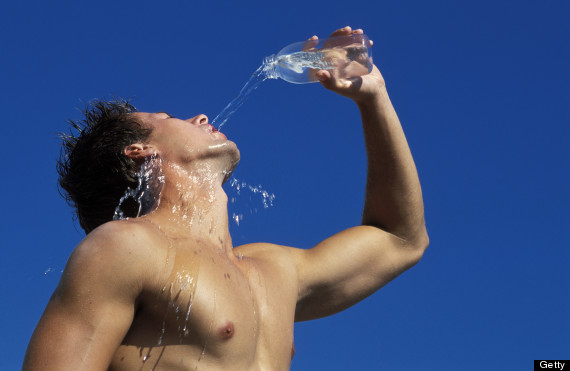 It's relatively difficult to do, but it is possible to drink too much water. Seriously overhydrating leads to what's called hyponatremia, when sodium levels in the body drop so low, cells begin to swell, according to the Mayo Clinic. Untreated, hyponatremia could result in seizures and coma. But it takes truly overcompensatory gulping to reach that point, which is why refueling marathon runners are among the more common hyponatremia sufferers. Keep this rule of thumb in mind: Don't drink to the point where you feel full from water alone, Shape.com reported.

Caffeine
In and of itself, caffeine may actually do you some good, including improving memory and concentration. But when you add a jolt to something as harmless as a bottle of water, which is what companies like Avitae and Water Joe have done, it's easy to overdo it -- and fast. Where you might sensibly stop after a couple of cups of coffee, you might absent-mindedly continue to sip at your caffeinated HO to quench your thirst, and before you know it, find yourself in the irritable, sleepless, restless realm of heavy caffeine use.

How To Drink More Water