Do you know where your water comes from? Don't say "the tap" -- though that's what I usually hear when I ask -- nor am I looking for "the supermarket." What I mean is, do you know river, lake, stream, reservoir, aquifer or watershed your drinking water originates from? 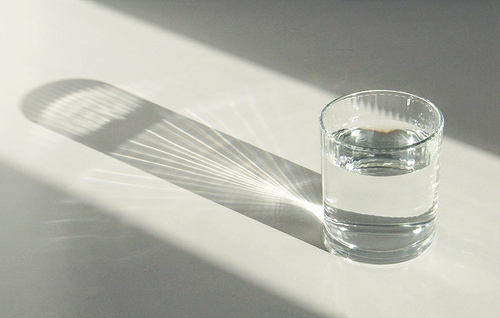 Three years ago in the town of Puerto Lopez, Ecuador, I met Margarita, a young businesswoman who runs a small restaurant catering to the tourists who flock to this seaside resort.

Margarita had a big problem -- her restaurant was running out of water.

No water, no restaurant.

She took me into the kitchen and showed me the tap, wide open, underneath which a pink plastic bucket waited for a small miracle when once or twice a week water would actually flow. The local municipality could not ensure a consistent flow nor could it keep up in ensuring the quality of that flow.

But Margarita did have one thing going for her.

She knew exactly where her water came from. "The Ayampe River," she told me and pointed to the distant hills, a patch work of logged and grazed lands, and in places intact forests.

Last week, I returned to Ecuador and I was thrilled to learn that through the work of The Nature Conservancy and others, Margarita now has a solution to her problem. A "water fund" using money from the municipality and from other users of water is being set up to protect and restore the Ayampe river watershed. As the forest grows, and cattle grazing in the river ceases, and as the stream banks are protected, the city of Puerto Lopez can look forward to steady year round flows and less need for sediment and pollution treatments. In other words, Margarita's future is a bit brighter, with cleaner and more available water, because efforts are being made to protect the watershed.

Of course in Quito, Ecuador's capital city, a water fund has been in operation for over a decade. Modeled after New York city's water program, the Quito water fund, with contributions from FEMSA (Coca-Cola's regional bottler), The Nature Conservancy, and others, provides close to $1M in funds each year for the Andean communities who live within and protect the watershed -- a payment designed to ensure Quito residents have sufficient water in perpetuity.

But none of this would have been possible without knowing where water for any specific municipality comes from.

If you live in the United States and you're not certain of the natural source of your water, you're not alone. A recent Nature Conservancy poll found that 77 percent of Americans aren't quite sure what or whom to thank for the water they use for drinking, bathing and cooking.

This lack of knowledge could have an alarming effect on conservation efforts. If you don't realize the benefits that nature provides -- like fresh, clean water -- what's the incentive to protect it? As my colleague, freshwater scientist Jeff Opperman, said, "In the United States, we have the luxury of not having to know where our water comes from, and that luxury has created a disconnect between people and nature."

Worse still, this disconnect and lack of knowledge, it prevents citizens from mobilizing to save valuable water sources.

The Nature Conservancy just released a study that identifies drinking water sources for 493 cities across the globe, including the 27 most populated U.S. cities. The interactive web tool also reveals how these sources are being used, as well as their protection status.

It's the first comprehensive database that maps the full extent and condition of watersheds for multiple cities across the U.S. And it's a first but necessary step to connecting people with the water they depend on and nature that ultimately provides it.

Though my hometown of Missoula, Montana, didn't make the map, my neighbors in Billings get their water from the fabled Yellowstone River. And with a little digging around I found out that my water comes mainly from an ancient, shallow aquifer recharged by the area streams and lakes.

How about you? Where does your water come from?