When we first learned about watermelon Oreos, we were keen to try them. Imagine our delight when a yellow box of the cookies arrived at HuffPost headquarters Thursday morning.

A horde of HuffPost editors quickly descended upon them. Were they as good as The Junk Food Guy said they would be? Not quite. 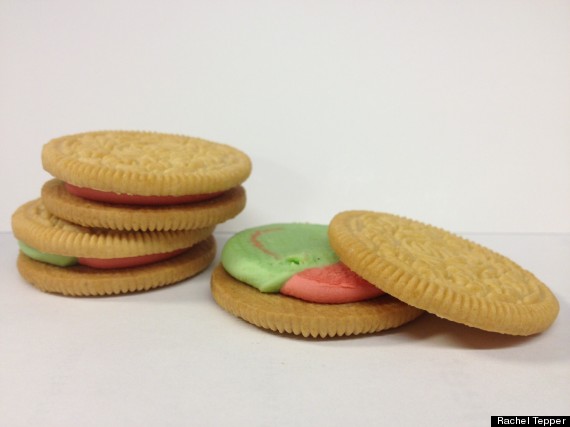 "The first bite is confusing to the taste buds," said one editor. "It doesn't taste bad, but my initial instinct is, 'Don't swallow!' because it tastes like gum." Several other editors agreed, name checking bubble gum brands like Bubble Yum, Bubblicious and Big League Chew.

Others were reminded of a different flavor. "Super fake tasting, like a Jolly Rancher that sat in the sun and then was crumbled into a sugary, chemically, creamy-ish cookie of sadness," wrote an editor.

But not everyone hated them. "I would take these home, but I wouldn't marry them," mused an editor, which turned out to be the highest praise of the entire tasting.

In the end, most editors agreed that watermelon Oreos weren't quite as bad as candy corn Oreos -- but they wouldn't be reaching for another. Better luck next time, Oreo.