Imagine being able to fly from New York to Los Angeles in under an hour.

If Boeing and the US Air Force succeed in getting its hypersonic aircraft to stay in flight for more than a few minutes, we will be one step closer to both commercial and military hypersonic flight.

On Tuesday, the unmanned X-51A WaveRider will take off from the Edwards Air Force base in Southern California's Mojave Desert. It will be attached to a B-52 bomber's wing, and once it is dropped from the wing, it is expected to fly at Mach 6, which is six times the speed of sound and over 3,600 miles per hour, as explained in the Air Force factsheet. The hypersonic speed is expected to last only 300 seconds, but that's twice as long as it's ever gone at that speed.

The WaveRider is not carrying weapons, but is designed to pave the way for hypersonic weapons. NASA and the Pentagon are financing hypersonic flight research in three national centers across the country, calling the technology "the new stealth" for its capability to outrun enemy fire, KTLA reports.

Hypersonic research advocates often point to when the US sent missiles from naval vessels in the Arabian Sea into training camps in Afghanistan in a 1998 attempt to kill Osama bin Laden, the Los Angeles Times reports. By the time the missiles landed, 80 minutes later, Bin Laden was gone. If the missile had gone at hypersonic speed, like the WaveRider, it would have landed in just over 12 minutes.

The Air Force conceived the X-51A program in 2004, and the service has spent $140 million on the Waverider system, according to military research site Globalsecurity.org. Over the last 10 years, the Pentagon said it spent as much as $2 billion on hypersonic technologies, according to the Times.

The nearly wingless cruiser is designed to ride its own shockwave, thus the nickname, Waverider, the Air Force site explains. Amazingly, the aircraft's engine has virtually no moving parts and is able to burn and run on oxygen instead of needing to carry large fuel tanks.

While in flight Tuesday, the WaveRider will transmit data to orbiting aircraft and ground stations. Then, once the fuel is exhausted, it will splash down into the Pacific and be destroyed, as planned in order to cut costs.

Peter Robbie, vice president of the European aerospace and defense corporation EADS, told BBC that EADS believes that hypersonic passenger planes may be available by about 2050. "The business community who wanted to be in New York in three hours made Concorde highly viable, and now there's interest on both sides of the Atlantic to jump a generation and go from supersonic flight to hypersonic flight," he said.

"Such an aircraft will be very expensive, of course, because of the enormous amounts of energy that is required to get to such speeds," Robbie added. "But the idea of going from Tokyo to Paris in two-and-a-half hours is very attractive for the business and political community."

Waverider X-51A, Hypersonic Aircraft, Could Fly From NY To LA In Less Than An Hour (VIDEO)
7 Technologies the Military Made Possible 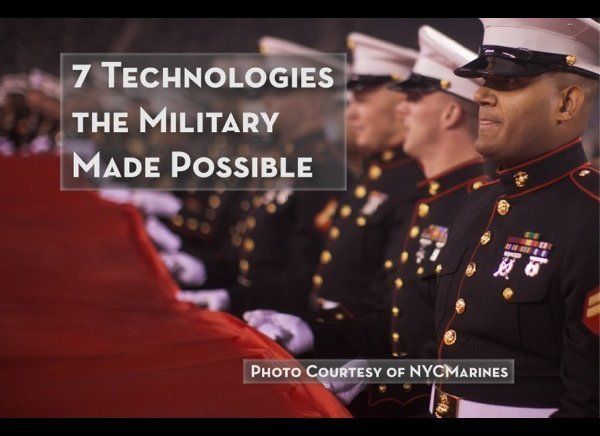 1 / 11
7 Technologies the Military Made Possible