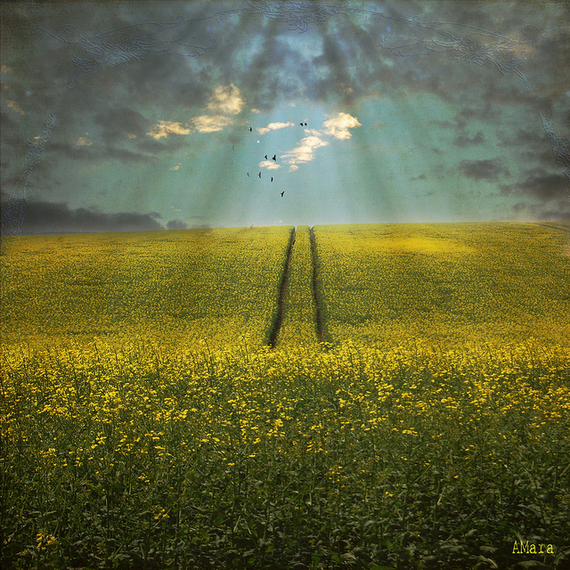 Ever since hearing of the passing of Dr. Wayne Dyer last Sunday I have mulled over ways to write about him that haven't already been said. The easy way would be to list my top 10 or 50 of his best quotes. Yes, there are hundreds of them. But a quick search on Google shows that dozens of other writers have already done that. So gradually I realized that if I was to write anything new about Wayne Dyer, it had to be my own unique perspective on what he added to my life. And chances are good that his words and wisdom have touched others in a similar way. With that in mind, here are five ways the work of Wayne Dyer will forever be part of my life.

First and foremost I credit Wayne Dyer for always learning, growing and then sharing with others what he experienced along the way. In contrast with so many other people who wrote about him, I did not read his famous Your Erroneous Zones until after I had first read, Pulling Your Own Strings and Gifts From Eykis a Story of Self Discovery early on. Then I read You'll See It When You Believe It, Real Magic and so many more. What made Dyer so incredibly powerful was that he only started with Your Erroneous Zones, then kept reaching forward to what captured his imagination, passion and interests every point along the way.

One of his more recent, Change Your Thoughts--Change Your Life; Living the Wisdom of the Tao was an example of his willingness to explore other philosophies. He didn't just write about the Tao, he took an entire year to live the Tao to the best of his abilities and then shared his experience with us all. Dyer was exceptional as an author and speaker because he never allowed the moniker of "self-help author" to limit his exploration. He appeared not to care how others judged his messages as long as he continued to push the boundaries of his own personal and spiritual growth.

I read a lot of authors in the self-empowerment genre and more than any of them, I believe that Wayne Dyer was a leader in collaboration. Likely because of his insatiable appetite for learning, as well as his commitment to personal and spiritual growth, Dyer was constantly doing books and audio programs with others in related fields. A few of the more notable collaborations were programs he did with Oprah Winfrey, Deepak Chopra, Marianne Williamson, and Louise Hay. Not only did he appear delighted to learn and team up with others, in subsequent books and presentations he would share those newly acquired ideas as passionately as his own. He also appeared equally generous with his time and encouragement, as he did recently with new authors like Anita Moorjani, author of Dying To Be Me.

And although Dyer's message has been of a spiritual nature for most of his career, by his own admission he did not believe he taught from a religious perspective. After being welcomed into a variety of non-traditional churches and conferences throughout the years, Dyer wrote, "I'm excited to be considered a spiritual teacher. This is new for me, since I have pretty much eschewed any specific religion. I see myself as a global person without any interest in excluding anyone."

Again, using all ideas he found personally empowering, Dyer repeatedly and freely shared ideas from all religions, philosophies, backgrounds and beliefs. When asked how a person who was not religious could use his message he said, "It has nothing to do with religion. I'm talking about a source of energy that lives within each of us."

Dyer admitted that after writing Your Erroneous Zones his publisher and agent pressured him to continue along that same mainstream genre saying he would lose a fortune and be foolish to do otherwise. Instead he insisted on writing You'll See It When You Believe It, a book about, "...my fascination with the idea that individuals are capable of achieving a kind of God-realization if they change the way they think." He was so committed to writing a book about his growing spiritual understanding that he turned down other lucrative offers and wrote it without any advance guarantee. He followed up by writing, "I am undaunted. I know what I want to write about, and I feel the presence of something Divine whispering to me that I've made the right choice."

Number Four: Down To Earth And Human

Perhaps what made Wayne Dyer so very popular was that while he was a passionate and engaging speaker and author, and wrote and spoke about spiritual ideals, he was also very human. He never appeared to be better than others, never strived to be a guru, and constantly provided examples of his own personal journey to demonstrate his points. Dyer often recalled his troubled childhood in foster care and his hatred of the father that abandoned him and his family at a young age. Yet, by using some of the most painful moments in his history (like his youth, divorces and health issues), he showed how we might rise above them and move on to a place of peace and empowerment.

Plus, in spite of all his challenges Dyer was an eternal optimist. He shared, "When you call my cell phone, you'll hear this message: 'This is Wayne Dyer, and I want to feel good! If your message is intended to do anything other than that, then you've got the wrong number.'"

Number Five: He Was Wise

So much of what I've learned from Wayne Dyer is deeply a part of me. I believe that's because he was able to take Universal ideas and put them into everyday common language that resonates with so many of us. A few of those timeless and profound statements made by him that will stay with me forever are:

"Don't die with the music inside of you."

"You'll see it when you believe it."

"When you squeeze an orange, orange juice comes out, because that's what's inside. When you are squeezed, what comes out is what is inside."

"You are a human being, not a human doing."

"You are an infinite spiritual being having a temporary human experience." Or "You don't have a soul. You are a Soul. You have a body."


I don't just hear these messages in Dyer's voice--I hear them in my own. And isn't that a true statement of the influence he's had in my life? While he left far more quotes of distinction, anyone who fully embraces these six could not help but be transformed.

I never met Wayne Dyer in person. Although I heard him speak live several times, read many of his books and listened to dozens of his audio presentations, I only knew him from his work. But what a powerful legacy he leaves behind. As an optimist convinced in the eternal nature of reality, wherever he is I'm convinced he's still singing and will continue with these five attributes as he explores his next adventure. Perhaps it is SMART for us all to do the same.