F. Scott Fitzgerald said, "The test of a first-rate intelligence is the ability to hold two opposed ideas in mind at the same time and still retain the ability to function." Wayne White said, "Fuck you, F. Scott Fitzgerald." (He says "Fuck you!" a lot.) However, the brilliance of Wayne White and his work is embodied in that Fitzgerald quote. It is the tension between polarized ideas that makes Wayne White so utterly absorbing and flat out fascinating. He is the wisecracking punk of the fine art world. The country boy in the big city. The Pee-Wee's Playhouse puppet master turned premier painter. He is the focused artiste with ADHD. He has dedicated his life to beauty, and beauty is embarrassing. 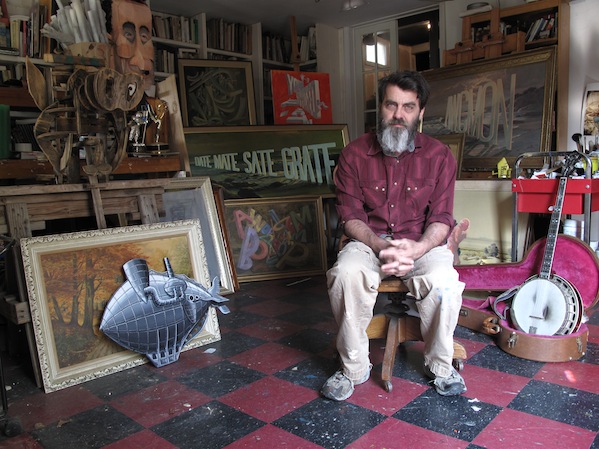 The truly exceptional thing about Wayne White is the voracious spirit that just radiates from his being, consumes your curiosity and pulsates in the air like live punk music explodes from distorted youth. Wayne becomes a soldier for absurdity and comedy in art. He captures the energy of children and the freedom of fools. His art is fun! That seems to be the major criticism of his paintings. As White states in the film, "Entertainment is a dirty word in the art world." (And if anybody knows dirty words, it's Wayne Motherfucking White.) It's that rebellion against being "serious" that makes the movie refreshing and unique.

The roots of everything Wayne White stands for is in punk rock. The entire reactionary attitude of saying, "Fuck you!" is punk. There's this constant authoritative, omniscient voice saying, "You can't do that." "Get a real job." "You have to do it this way." And either you conform and obey that big voice or you instead decide, "Fuck you." And there is an integrity to that defiance that is genuinely admirable. A sense of humor is also something that is common ground between punk and Wayne's art. It has been said that punk rock is highbrow and lowbrow violently jammed together. The energy created by the friction of that culture clash is compelling. All those dirty words are coming from a real place of disenfranchised despondence. 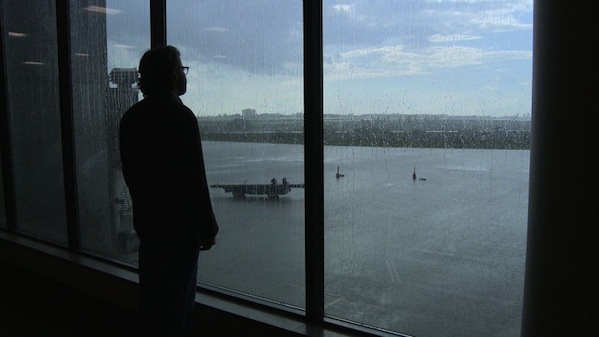 The documentary seamlessly echoes Wayne White's mission. At first glance, it's a cool flick. It's funny, but it does not seem to possess the gravitas a masterpiece should. Upon closer inspection, a worthy observer realizes that the silly shit that made them chuckle is actually an extremely dense, thoughtful, sophisticated world of honest, astonishing, important, silly shit. Take for instance, Wayne's Pee-Wee set. You watch the show, and it looks neat. It looks interesting. But as the show goes on, characters start popping out of walls, colors start to jump off the screen... the possibilities of the world become endless. And in that endlessness is the child-like wonder adults are forced to forget. Or at least I had thought grown ups eventually have to give up the overwhelming beauty of immature discovery and juvenile joy, but Wayne White proves you can hold on to it. What happens though, is that beauty becomes embarrassing.

Wayne White is touring with the film around the country starting Friday, September 7. Do yourself a favor, and be a part of this magnificent adventure.