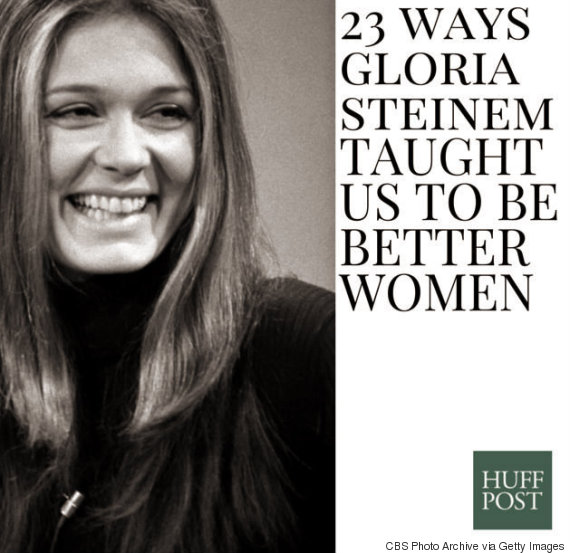 Without Gloria Steinem's passionate zest for change and equality, women would not be where we are today.

To celebrate the feminist author, activist and all-around awe-inducing goddess on her 82nd birthday, we've compiled some of her best quotes and lessons from over the years.

Here are 23 things Gloria has taught us:

"A woman without a man is like a fish without a bicycle." 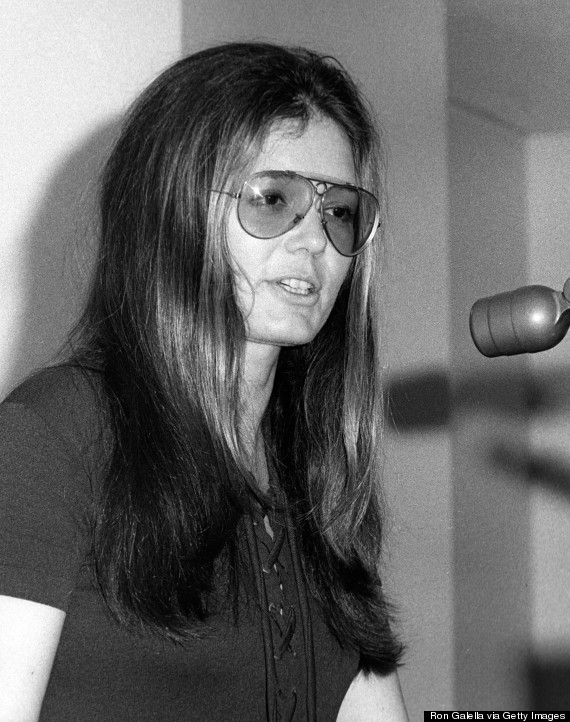 "Without leaps of imagination, or dreaming, we lose the excitement of possibilities. Dreaming, after all, is a form of planning." 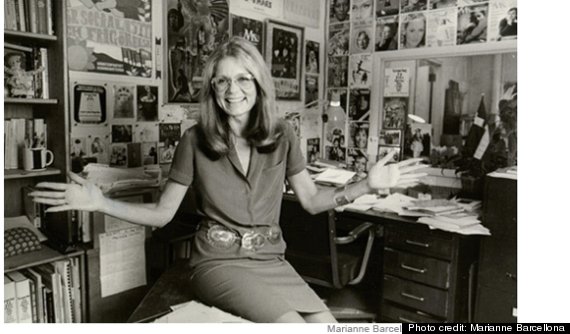 "God may be in the details, but the goddess is in the questions. Once we begin to ask them, there's no turning back." 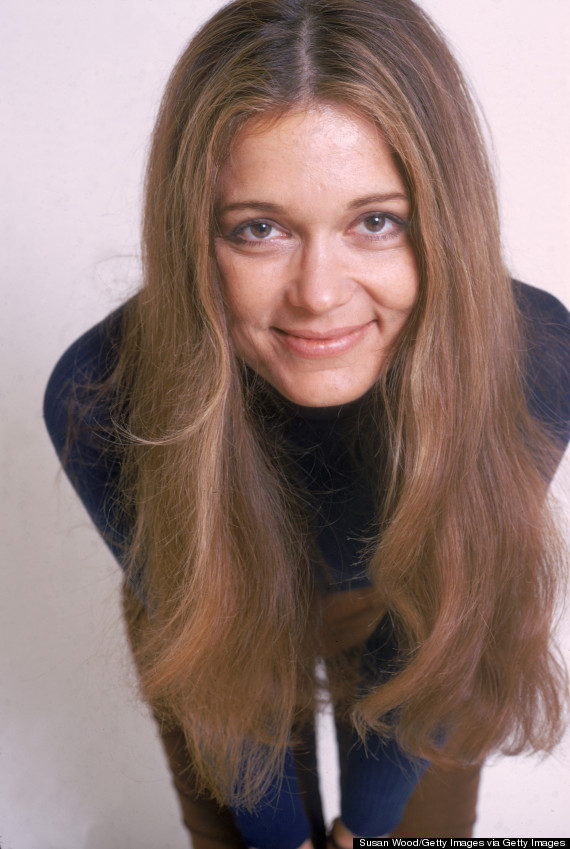 "Power can be taken, but not given. The process of the taking is empowerment in itself." 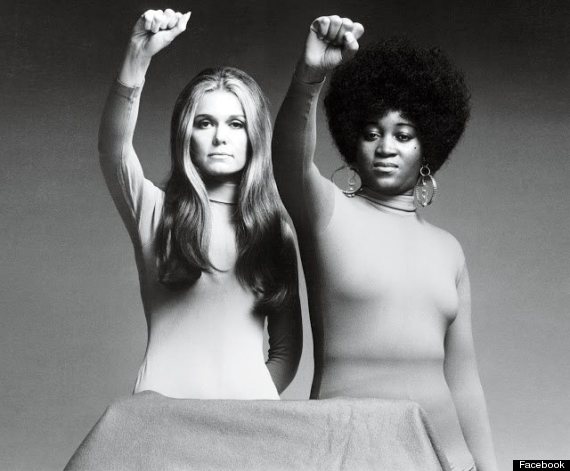 "We need to remember across generations that there is as much to learn as there is to teach." 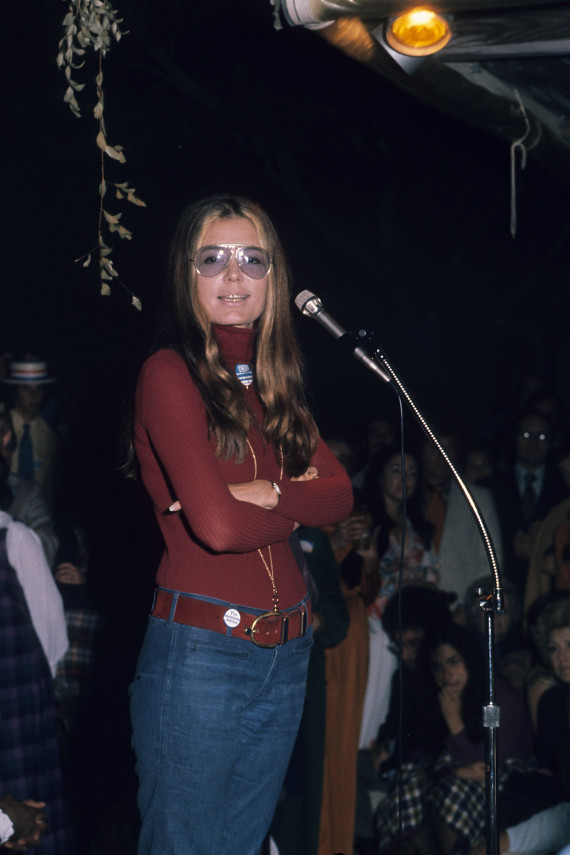 "Most women's magazines simply try to mold women into bigger and better consumers." 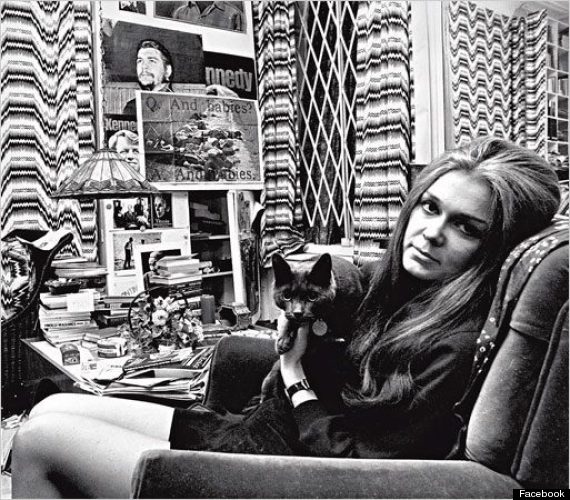 "A pedestal is as much a prison as any small, confined space." 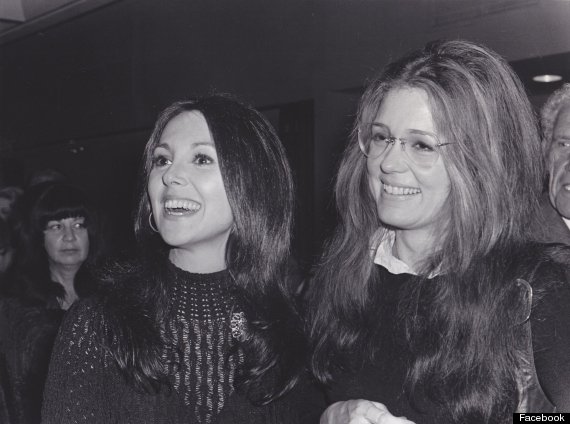 “The truth will set you free, but first it will piss you off.” 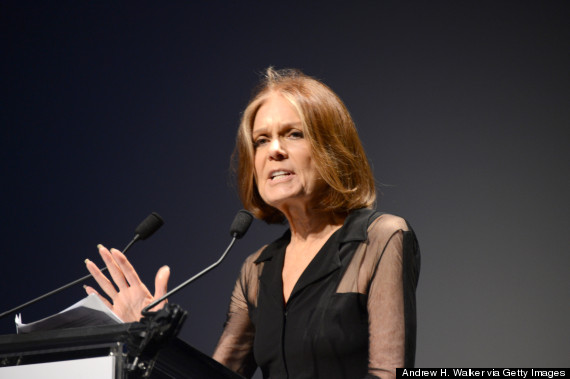 "The first problem for all of us, men and women, is not to learn, but to unlearn." 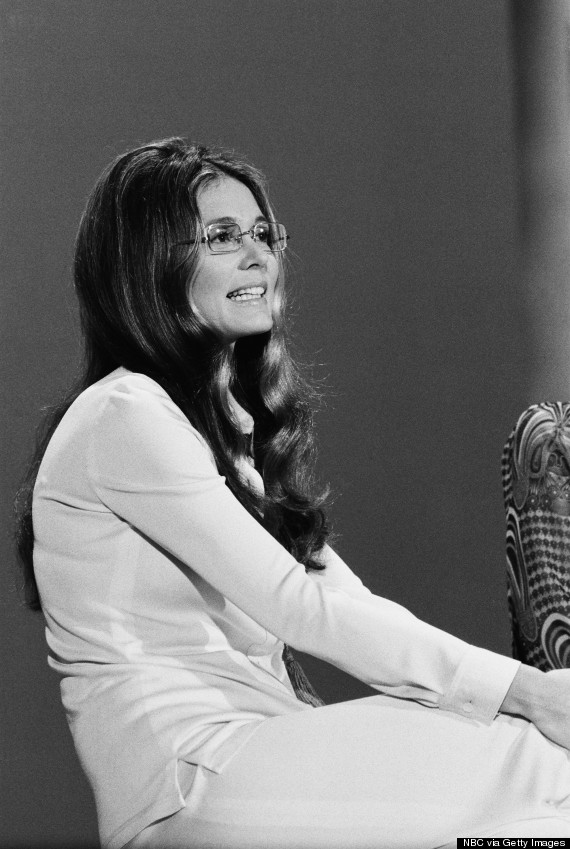 “A feminist is anyone who recognizes the equality and full humanity of women and men.” 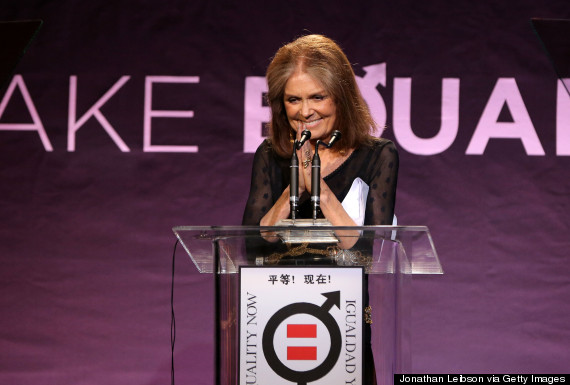 “So whatever you want to do, just do it...Making a damn fool of yourself is absolutely essential.” 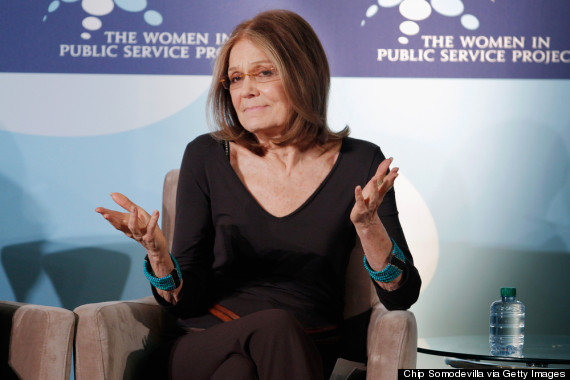 “Once we give up searching for approval we often find it easier to earn respect.”


"If women could sleep their way to the top, there'd be a lot more women at the top." 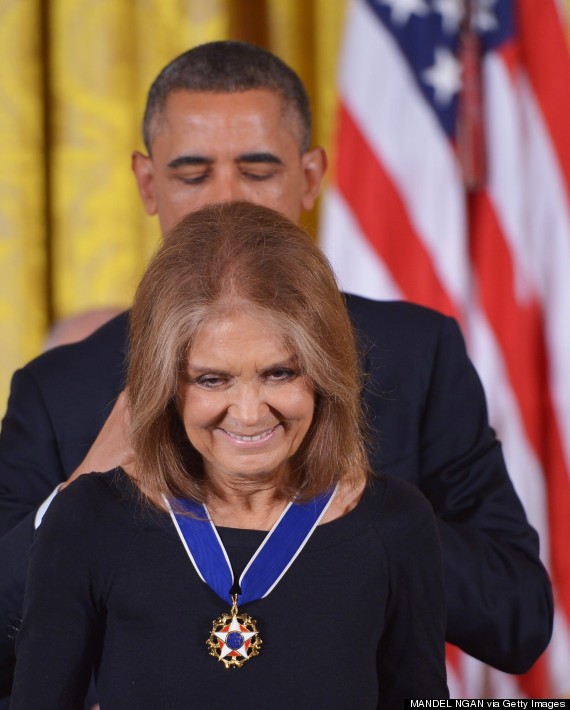 “Feminism has never been about getting a job for one woman. It's about making life more fair for women everywhere. It's not about a piece of the existing pie; there are too many of us for that. It's about baking a new pie." 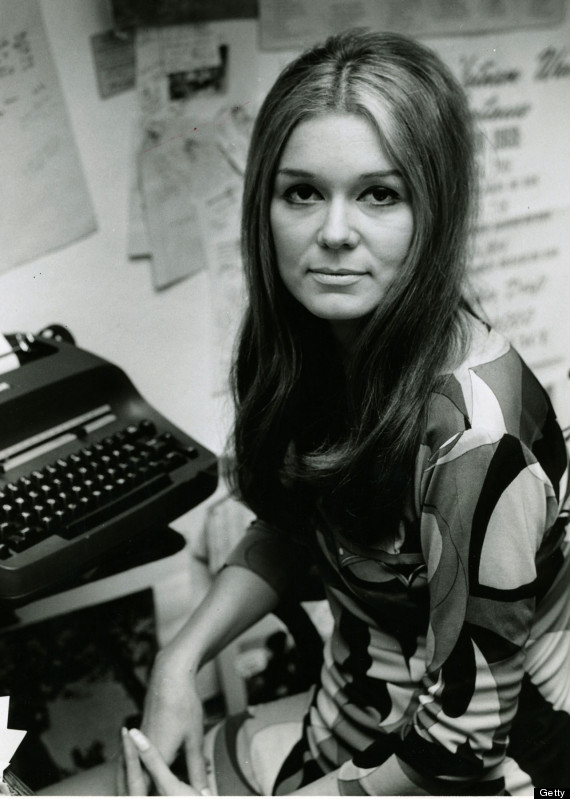 "The future depends entirely on what each of us does every day; a movement is only people moving." 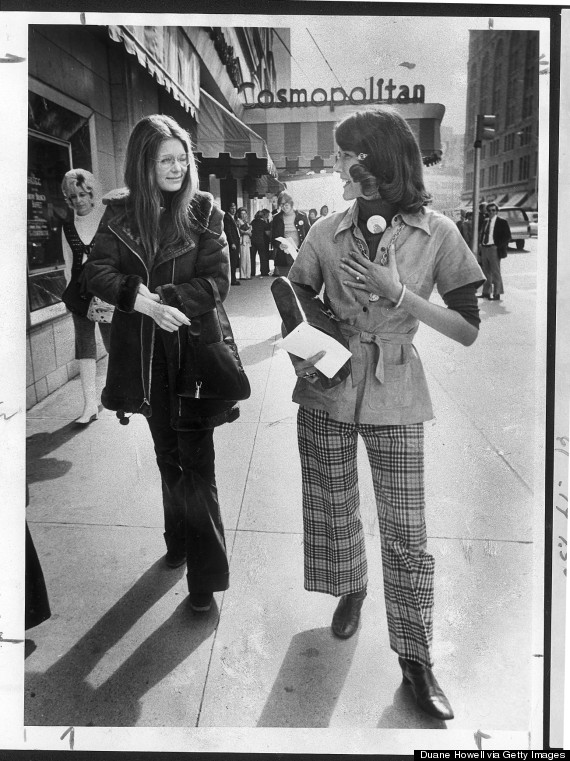 “This is no simple reform. It really is a revolution. Sex and race because they are easy and visible differences have been the primary ways of organizing human beings into superior and inferior groups and into the cheap labor on which this system still depends. We are talking about a society in which there will be no roles other than those chosen or those earned. We are really talking about humanism." 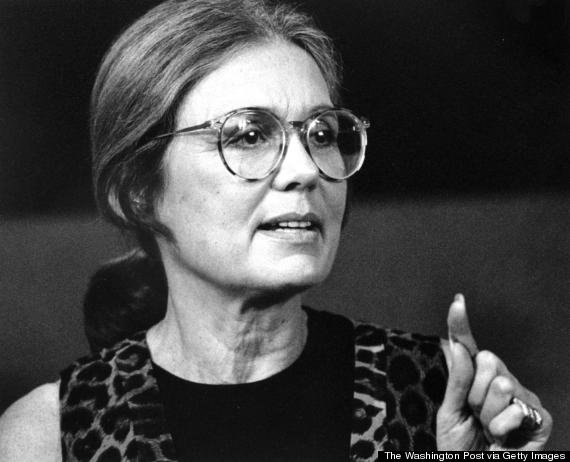 “Each others' lives are our best textbooks.” 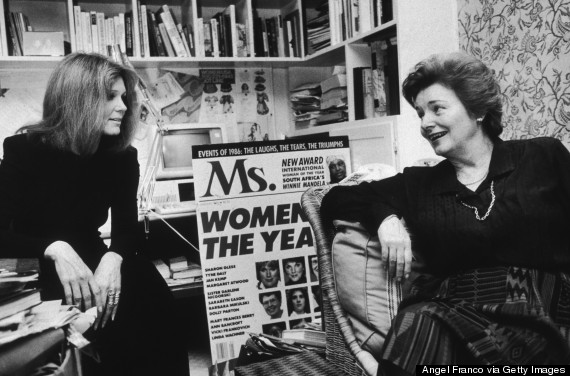 “I didn’t hear words that were accurate, much less prideful. For example, I never once heard the word clitoris. It would be years before I learned that females possessed the only organ in the human body with no function than to feel pleasure. (If such an organ were unique to the male body, can you imagine how much we would hear about it—and what it would be used to justify?)” 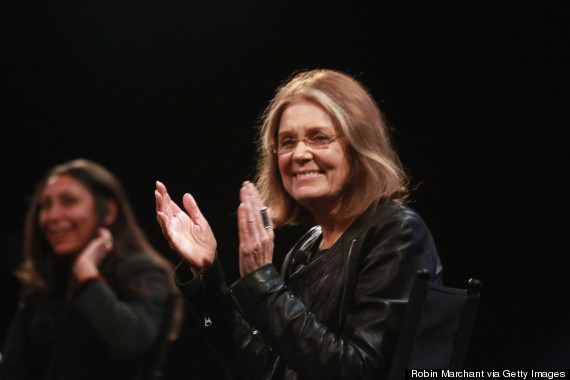 "Any woman who chooses to behave like a full human being should be warned that the armies of the status quo will treat her as something of a dirty joke. That’s their natural and first weapon. She will need her sisterhood." 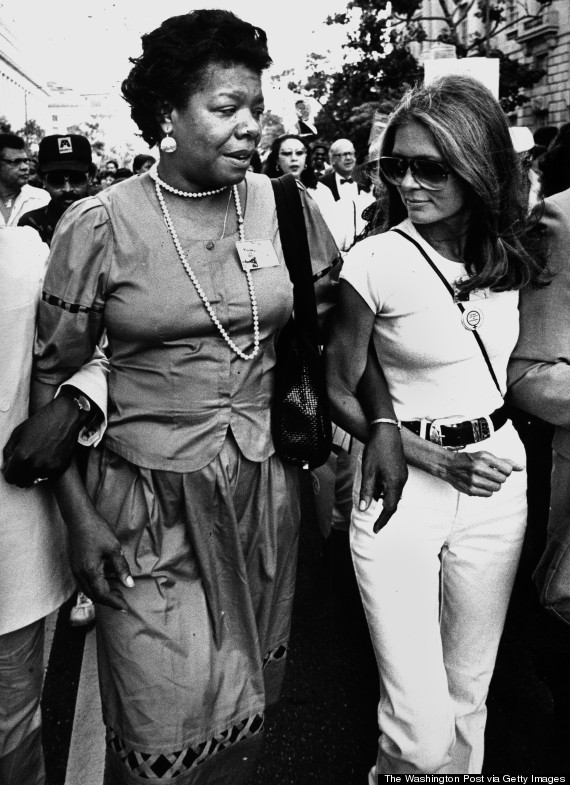 "Women are not going to be equal outside the home until men are equal in it." 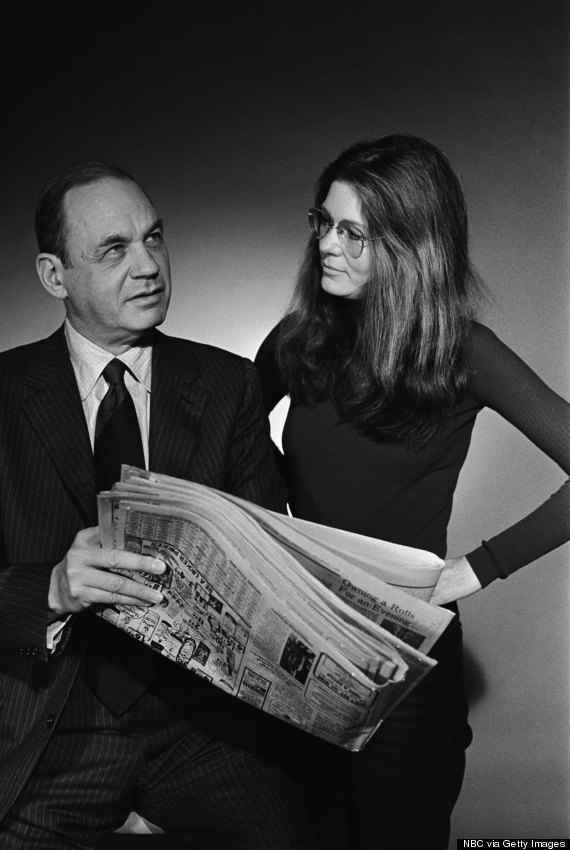 "For women… bras, panties, bathing suits, and other stereotypical gear are visual reminders of a commercial, idealized feminine image that our real and diverse female bodies can’t possibly fit. Without these visual references, each individual woman’s body demands to be accepted on its own terms. We stop being comparatives. We begin to be unique." 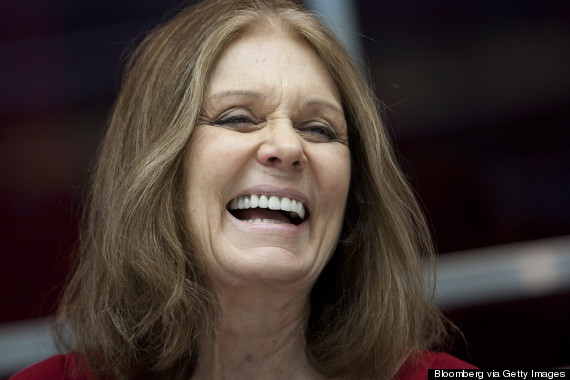 "I would say that each of us has only one thing to gain from the feminist movement: Our whole humanity. Because gender has wrongly told us that some things are masculine and some things are feminine... which is bullshit." 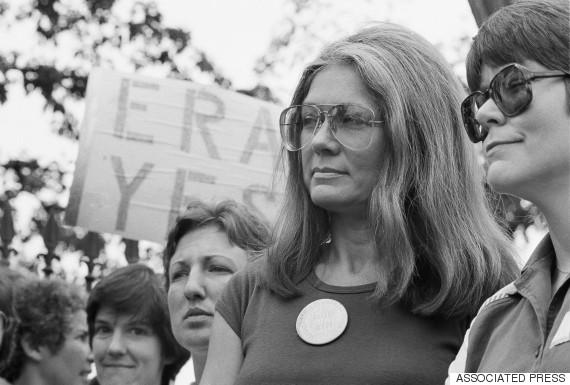 “I thought [black women] invented the feminist movement. I know we all have different experiences, but I learned feminism disproportionately from black women.” 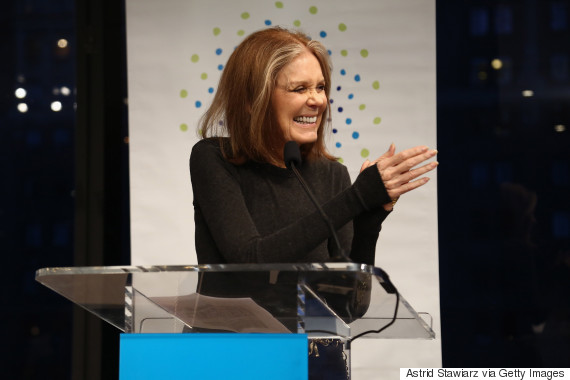 This post previously included a quote from a 1977 article by Steinem in reference to members of the transgender community. Although she later clarified those comments in 2013, we have substituted another quotation out of consideration for some of our readers. Also, this post was originally published in 2015 but it has been updated since to reflect her 82nd birthday.