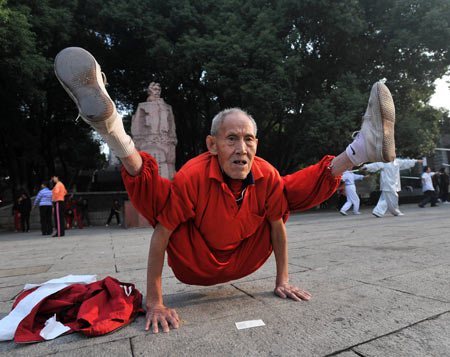 An alert reader sent Life in the Boomer Lane an article from Healthy Living, titled "6 Ways Your Body Gets Better With Age."

This was five more ways than LBL was aware of. The only way she is currently aware that her body is getting better with age, is that as she continues to get shorter each year, she will soon be shorter than turnstiles and will be able to access all kinds of transportation and amusement parks for free.

She hereby presents the six surprising ways detailed in the article:

1. Your Skin Gets Better -- In Some Ways

"Our skin typically becomes less oily," says Julie Karen, MD, a New York City-based dermatologist. As the oiliness declines, so does the acne. "Even the acne that does come as an adult tends to be less severe," Dr. Karen says.

Of course, less oily skin means more wrinkles. But, as for wrinkles: "From a dermatologist's point of view, they can actually be a boon," she says. "If you need to have surgery, such as for skin cancer, it's easier to hide a scar under a wrinkle."

LBL has thought about this last paragraph and has realized that it is also easier to hide dandruff, bits of food, and fleas under wrinkles. This could come handy at various times during one's life.

With age, lots of people worry that their brain power is on the decline. But, according to research in the April 2015 isue of Psychological Science, some of our cognitive skills, such as the ability to remember names, learn new words, and process information, peak at different times.

Word knowledge doesn't peak until we are in our 60s and 70s. These words that do peak usually consist of synonyms for "forget/forgot" and different ways to say, "I can't find my cell phone/wallet/purse/car keys" and "I have no idea what your name is."

Another finding: Older adults in their 40s and 50s are better than younger people at reading other people's emotional states. "This can be a valuable skill that helps you decide how to react in sticky situations, such as when you know you've really annoyed a friend or your partner." It also helps you to say "I can tell you are angry with me," as the other person shrieks, "I'm NOT fucking angry with you!"

3. You Could Kiss Those Migraines Goodbye With Age

About 40 percent of people with migraines will notice they don't have them anymore by age 65, according to The Migraine Trust, a UK-based migraine research charity. LBL isn't going to make fun of this one because migraines are no laughing matter and because those who suffer with migraines are known to be unusually surly.

4. You'll Yawn Less During the Day as You Age

If you're healthy and between 66 and 83, you can expect to be less sleepy during the day, according to a 2010 study in the journal Sleep. The article says this occurs no matter how much or how little sleep one has but notes that "the word 'sleep' is used loosely," since researchers may or may not have disrupted participants' sleep before looking at the effects.

Here's where LBL can stand up and cheer. She, also, plays fast and loose with the word 'sleep' and includes middle-of-the-night viewings of her favorite TV shows as 'sleep.'

"Healthy older adults without sleep disorders can expect to be less sleepy during the daytime than young adults," says Derk-Jan Dijk, PhD, one of the study's authors and a researcher in the UK.

No matter how sleep-deprived LBL is, she will always be grateful for two things. One is that Hulu allows her to watch reruns of "General Hospital" and "Say Yes to the Dress" (both the New York and Atlanta editions). The other is that her name isn't Derk-Jan Dijk.

5. Your Self-Confidence Is Booming

As people age, their knowledge of the world -- and themselves -- grows. "Their sense of self identity gets stronger, and they've acquired a lot of different experiences to support that," says Elizabeth Glisky, PhD, a professor of psychology at the University of Arizona in Tucson. "With all these things together, you know who you are and what you're about, and you have a lot more self-confidence than when you were younger."

6. You Can Expect More Sex ... and More Satisfaction

A larger number of older men and women are having good sex, and they're having it more often than in the past, according to research in the February 2014 issue of The Journal of Sexual Medicine. Swedish researchers looked at the sexual activity of 70-year-olds during the years 1971 to 1972, and 2000 to 2001. What they found: sexual activity among men increased from 47 to 66 percent, and among women from 12 to 34 percent.

LBL refuses to address herself regarding this, unless, like the words 'sleep' and 'slept,' the researchers (or those surveyed) are playing fast and loose with the words 'good' and 'sex.' If that's the case, LBL is having more good sex per day than she had per month when she was young, nubile, and all of her joints worked reasonably well.