Education was something else in the 18th century. W. B. Sandys was just nine years old when he penned a volume titled Ancient Maps and Universal History. Measuring only a little over four inches high, this little book has the feel of being a very well-executed assignment. It contains four maps and historical accounts as well as two "Charts of Biography," which graphically show a timeline of historic figures, and throughout the volume Sandys demonstrates his aptitude in history, geography, pen-and-ink drawing, and calligraphy. The paper is too opaque for Sandys to have traced the maps, but given their detail and accuracy, he likely copied them from a published work. The accompanying text, which he has penned in a somewhat uncertain calligraphic hand, may be of Sandy's authorship.

The first map shows the Assyrian Empire, and it is accompanied on the following page by a 10-line historical account focusing on the reign of Cyrus, who, Sandys notes, "may justly be considered the wisest conqueror and the most accomplished prince to be found in profane history." These historical accounts are written as if on old scrolls, and it is here that Sandys flexes his creativity. The maps are probably copies; the text, which is briefer with each successive map, is mostly rote repetition of basic facts with only a few juicy details thrown in; but the scrolls -- even as the text on them becomes shorter and drier -- become elaborate torn affairs, more evocative of pirate treasure maps and belying the basic facts recounted on them. At the same time, those "basic facts" are pretty impressive -- I'm not sure I knew anything about the Assyrian Empire when I was nine years old.

Here is the manuscript in its entirety. Notice the delicate watercolor highlights on the maps and the enthusiastic shading of the scrolls, and remember that this is the work of a young boy. 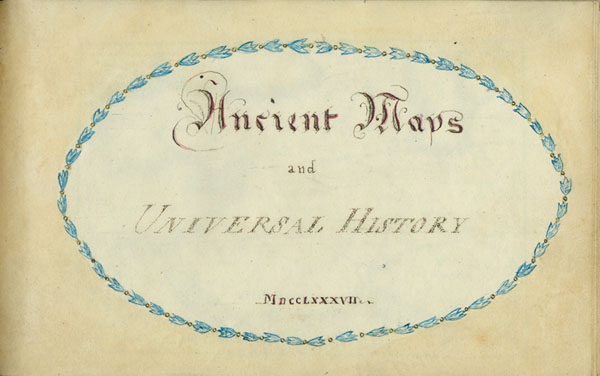 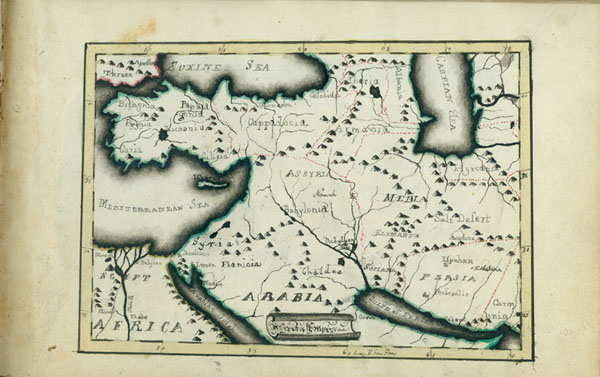 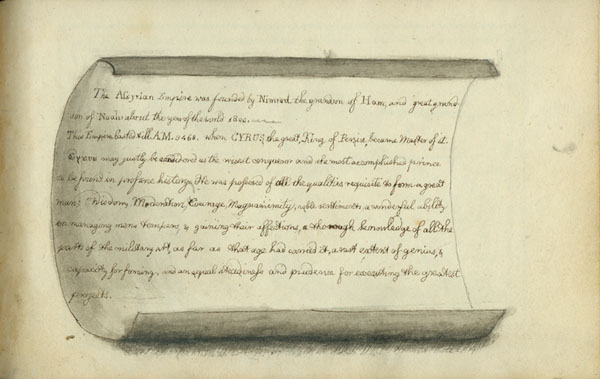 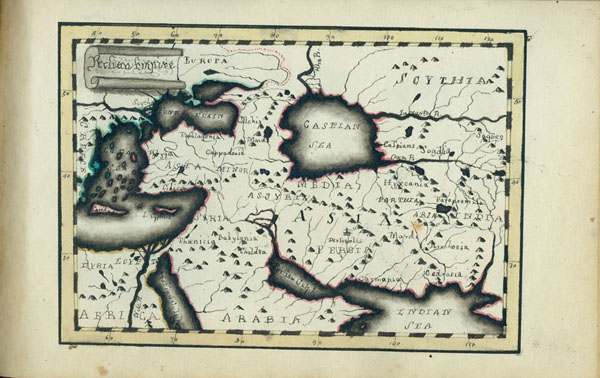 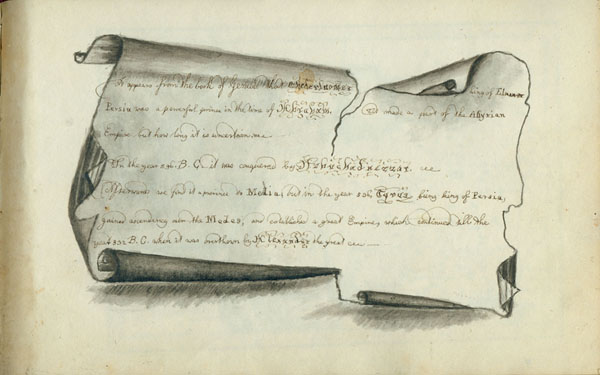 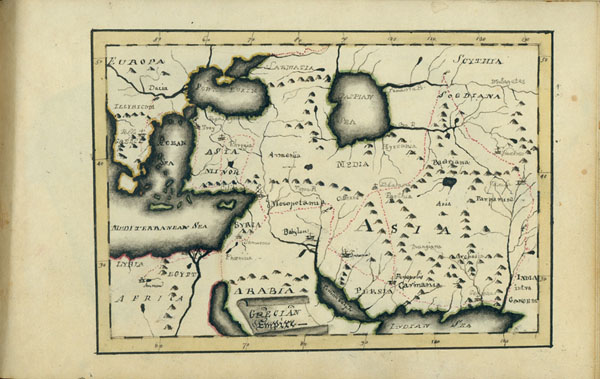 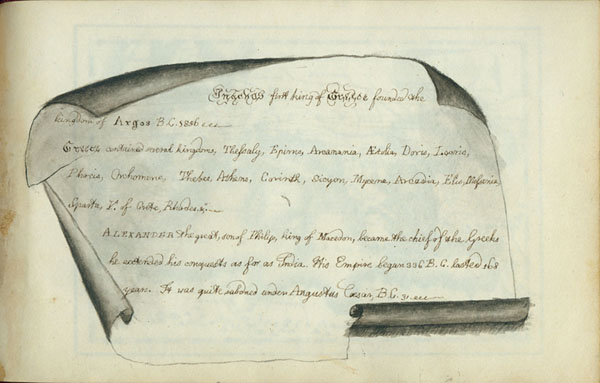 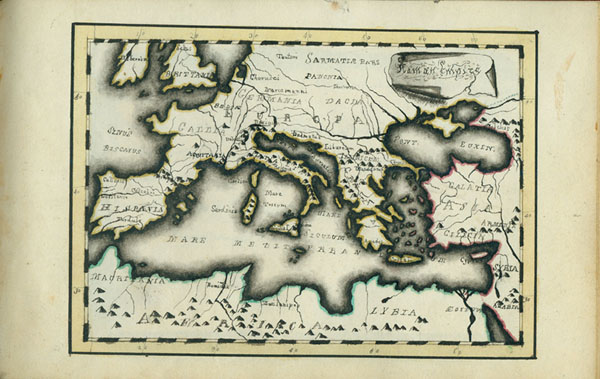 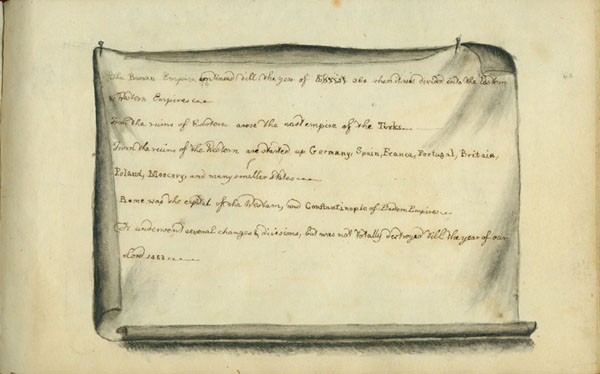 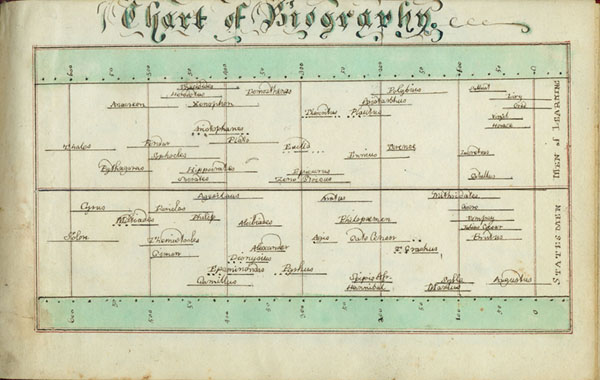 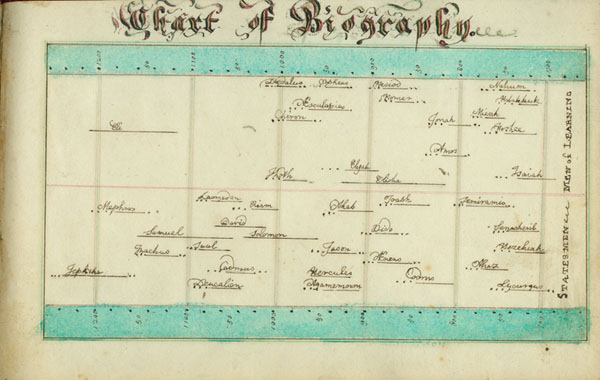 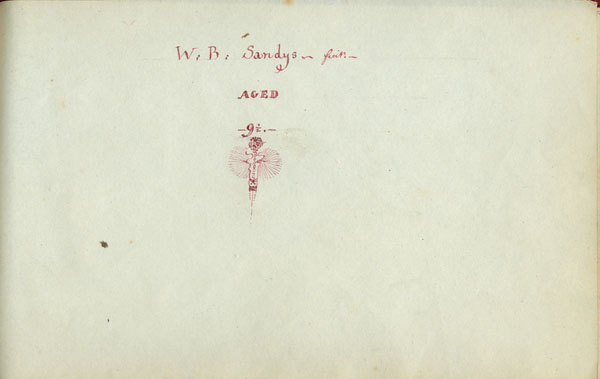