While watching the games of 2016 -- not the Olympics, the U.S. presidential election -- I am reminded of the stare-down between drug companies and animal rights activists. Of this mounting conflict, you'd think the answer is simple -- that animals can and should eventually make their exit from so many labs and testing facilities. Alternatives are in the wings, if even in their earliest days. 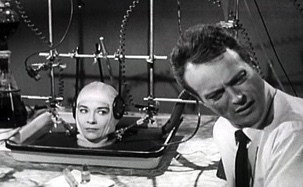 But as in politics, neither side is listening, and declaring moral victory seems more important than making progress. Like convention delegates, each side is being ridiculous. Here are a few reasons why:

ABSOLUTISM Animal rights activists don't tolerate ambiguity. The ethics behind captive orcas for theme park profits is somehow equivalent to, say, the use of macaque monkeys to develop life-saving vaccines. For this lack of clarity, they earn the wrath of serious scientists and are slapped with extremist and absolutist labels.

RATIONALISM By the same token, researchers who use animals to advance their work are imbued with an intellectual bias that conveys as conceit and a dismissal of pain and suffering. For this, they are packaged by activists as genocidal monsters. This is not an overstatement.

ENTERTAINMENT What activists NGOs, particularly The Humane Society of the United States (HSUS) and People for the Ethical Treatment of Animals (PETA), understand so well is that entertainment is core to their cause. They know, for example, that researchers are largely incapable of rebuttal in terms that are anything less than boring. I'm a scientist, not a media whore, their targets complain. They also know that inside corporations it's the legal department that trumps communications -- hence, the tone-deaf verbiage that accentuates the appearance of guilt. At BioDrug Corp we are committed to humane animal welfare... But you can't be committed when so much of the public sees you as disingenuous. And you can't credibly claim to be humane when your otherwise healthy animals don't fare so well.

INFORMATION Consumed by regulations and allergic to negative media, those of the pro-research persuasion embrace an out-dated model to push their point of view and best practices: Social Education. But because media are drawn first to fire and second to Smokey The Bear, the defenses that pharmas and their surrogates mount are ignored, out-flanked or exploited for their wooden corporate-speak. Despite their lobbying and support of biomedical research associations, animal research and testing is out-gunned, easily ten to one by my estimates. The odds might be evened were it not for the consistent refusals of the super association PhRMA to snuff out the long fuse that is sparking toward its pharmaceutical member companies.

Indeed, national surveys confirm that activism works and activists are winning. For almost a decade, public approval of animal research and testing has dropped year-to-year, all to suggest that critical species will leave the labs, beginning with chimpanzees then others that society judges most cuddly and dear. It's a win for idealism and a disaster for commerce and healthcare. 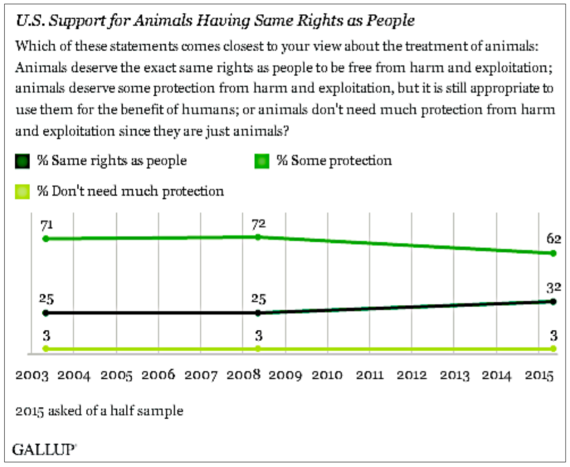 Looking for answers, pharmas and universities have hit the panic button. After all, taking animals out of the equation is a seismic shift that threatens vital pipelines and requisite profits. Their first instinct has been to call on law firms and PR agencies to defend their freedom to operate and mollify the rising public upset. This is not to keep bunnies in lipstick labs; this is to preserve compelling and life-saving work that contributes to the cures, therapies and vaccines of ravaging disorders and diseases. Think polio, epilepsy, HIV, hepatitis. The list is long and an awesome demonstration of applied science, not only for humans but also animals.

You might think the status quo, habit or laziness are what keeps mice, rats, dogs, cats, rabbits, lambs, pigs, primates and other species in air conditioned vivariums. But the costs to breed or buy, house and feed happy and healthy animals -- a necessity for sound research -- is exorbitant and a natural inhibitor to their use. What binds pharmas, academia and their networks of contract research houses to animals is the sheer effectiveness of non-human testing and, in recognition of this fact, the many legal requirements to use animals in drug discovery and trials. Consider the example of oversight committees, called IACUCSs, required in virtually every modern animal testing facility. By law, researchers and testers are mandated to apply and prove among other things a Three Rs standard to animal use -- Replace, Reduce and Refine. It's a logistical and costly requirement that ensures best practices and moves us incrementally toward animal-alternative research. 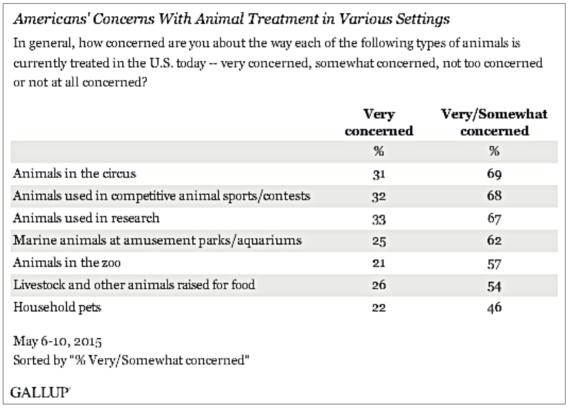 Having stormed us with stunts -- some violent, even fatal to researchers -- activists are craftily now turning to supply chains and decision trees. They have easily gained the sympathies of shippers, particularly airlines on which researchers rely for safe delivery of their animals, and soft-hearted lawmakers who have produced what researchers regard as draconian, innovation-killing regulations.

Out of this handiwork have emerged two modes of strategy response by scientists and their employers:

-- Defensive, the default mode. This is the social education model, to inform and disseminate facts: Educate the public. Get into the classrooms. Issue PSAs. It's also the evasion strategy: Get to the legislatures. Find the work-arounds. Use trucks instead of planes. Start breeding. Start outsourcing. Start offshoring. And so it goes. But none of this is secret to activists who, again, are manifestly better mobilized, relatively unregulated, more focused, and simply better entertainers and storytellers. They are already lobbying, expertly. They are at work in China. And their cameras are everywhere.

-- Offensive, the counter-intuitive option. This requires vision, some courage and competitive instinct: Invest in alternatives. Ramp up synthetics (e.g., organs on chips). Focus on less sentient species (e.g., zebra fish). Tap big data and cloud computing to simulate outcomes. Partner with or fund in vitro and virtual medicine start-ups. It all sounds good, but ask any clear-eyed animal researcher and they'll tell you soberly that real progress to virtual testing and research is a lifetime away. Animals, they insist, will always be needed in some capacity and, besides, the human body is simply too sophisticated to ever accurately mimic.

But science surprises itself with unexpected regularity, particularly when pressure is applied or incentive is offered. Pick up your smart phone or take your morning pills for proof. My rebuttal, then, to the DVMs, PhDs and VPs who say we can't move that fast is this: You won't know until you really start trying.

Out of duty, I have detailed policies and competitive strategies that defend the forts of animal research and testing. But these are prophylactic, even unnecessary, because what underlies the animal research-versus-animal rights rivalry is in fact a shared value and vision: Quality of Life. Researchers are driven by curiosity and a unique delight in explaining and taming what is life-limiting. Activists are driven by compassion and a dream for a higher standard of humanity. In my experience, no researcher would rather probe than pet an animal. And no activist would rather lose their child to a disease than spare the mice and monkeys that help cure it.

Still, animal research and testing is treated as a crisis, never yet in my experience as an opportunity. It needn't be, because we all agree that the future in biomedical research is not in animals but in actual humans. Virtual humans, to be precise.

If activists and scientists agree that animal research and testing should go the way of strip mining and whaling, then why are corporations and institutions resisting the call? The answer lies in reputation, profits and pride, perhaps not in that order. Corporations have to perform, always to the satisfaction of investors. Investments to replace so-called animal models are expensive and their returns can only be trusted through experience and success. In the mean time, activists are determined to alienate customers from the brands whose benefits are ensured by lab animals. They test bunnies! They murder monkeys! The consequences are policies that manage and mitigate (mode 1 as described above) instead of lead and innovate (mode 2).

Like liberals and conservatives, each side is lead by a point of view that is inarguable because it's based on a world view. It goes to philosophy and a life's purpose. So when one party is framed as a Frankenstein, or Pollyanna as the case may be, the natural reaction is to recoil and resist the impolite accuser. Because no one is wrong, no one can be right.

I describe the phenomenon as a battle for the back row and total anonymity. And as a prescription, I argue for a lock-step advancement of sheepish pharmas to mount a collective defense. No one need stick out their neck if they shuffle ahead together.

But this is an incremental play, and it only slows the progress of both activists and their targeted corporations. Again, the irony is that both sides want the same thing, but what they seem to value more than results is to progress on their own terms and most especially without the goading advice of their disdained detractors. As with party politics, they want to be the winner and the other guy the loser.

Inside this perfect business storm is in fact a perfect competitive opportunity. With drugmakers uniformly obscuring their animal research and testing activities, there is an obvious but counter-intuitive option to bolt the party. The risk is only temporary because while the pharma that steps out might draw activist fire it can simultaneously pledge its support of activists, declare a moon shot to produce animal-free drugs, and challenge others to follow. The pharma that flees the flock can become a darling of PETA and HSUS, not an enemy. And even better, it can gain a significant advantage over its cowering competitors.

By degrees, and particularly with our much-loved chimps and other self-aware species, a few pharmaceuticals have made this move though in far too tentative steps to exploit and disrupt the norm. Novartis is notable, so too is GSK, but on the whole the progress toward animal alternatives is halting and inhibited by the extreme caution and considerable fear of CEOs and their risk-averse legal and communications chiefs.

What has been treated as a problem by the businesses, institutions and associations that participate in and defend animal research and testing is, in fact, a chance to do great things. If we approach it more as a potential for innovation than an exercise in risk mitigation, we can step out of the back row and advance a kind of discovery that propels our collective success and defines a higher form of humanity. It's a way to be reasonable instead of ridiculous.