As protesters share their stories in Zuccotti Park, Los Angeles, Washington, D.C., Chicago and other cities across the country, some are taking to the web to express their discontent with the wealthiest one percent of America.

"We Are The 99 Percent," a Tumblr started in connection with Occupy Wall Street, features hundreds of personal stories from Americans affected by the Great Recession. The site, which launched Aug. 23, asks readers to submit their stories along with a photo. The Tumblr's introduction highlights some of those stories:

We are the 99 percent. We are getting kicked out of our homes. We are forced to choose between groceries and rent. We are denied quality medical care. We are suffering from environmental pollution. We are working long hours for little pay and no rights, if we're working at all. We are getting nothing while the other 1 percent is getting everything. We are the 99 percent.

The website showcases a variety of stories about the economy's effect on ordinary Americans. Among them are a recent college graduate who is struggling with mountains of student loans and no means to pay them off beyond a part-time job. A 13 year-old girl worries if she'll have the chance to go to college at all, while a father of two fears for his children's futures. A victim of job cuts late in his career doubts if he'll ever find employment again, and a veteran of Iraq questions the sacrifice he made to serve his country.

Now in its third week, the Occupy Wall Street protests, criticized for lacking a clear objective, now seems only to be growing in strength despite this weekend's arrest of 700 protestors.

Here are some of the stories of contributors to "We Are the 99 Percent" on Tumblr.

Editor's Note: The Huffington Post takes no position on the veracity of the claims made or the opinions expressed by individuals in the slideshow below:

'We Are The 99 Percent': Stories Of The Great Recession's Victims (PHOTOS)
Occupy Wall Street Tumblr 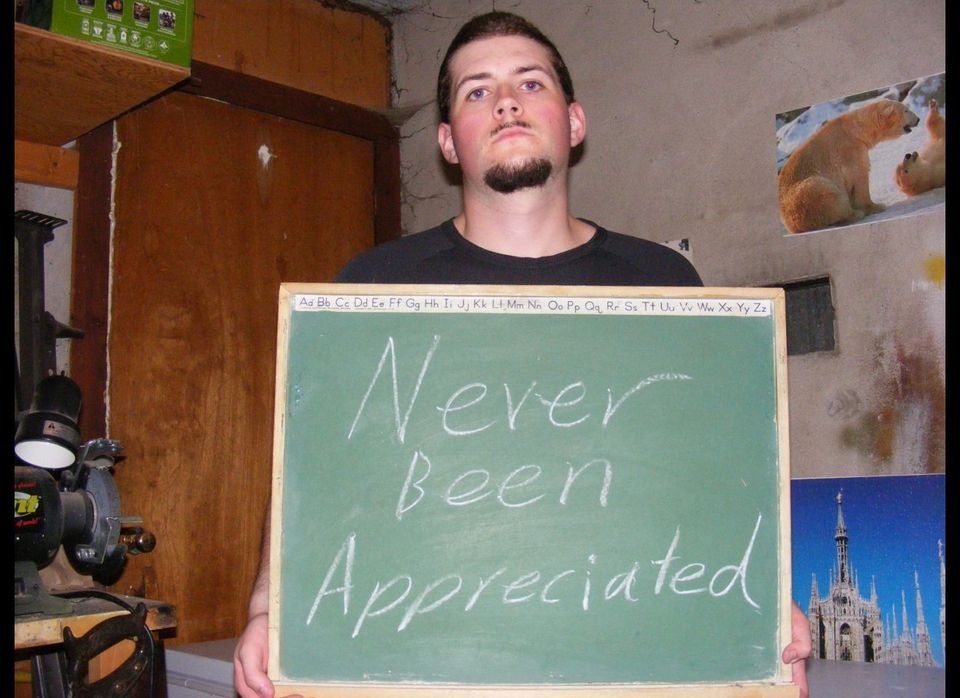 1 / 33
September 8th, 2011
I have never been appreciated, in retail, for any potential other than selling other people crap, half of which they do not need, and most of which they probably cannot really afford. I hate being used like that, I want a useful job. I am the 99 percent.