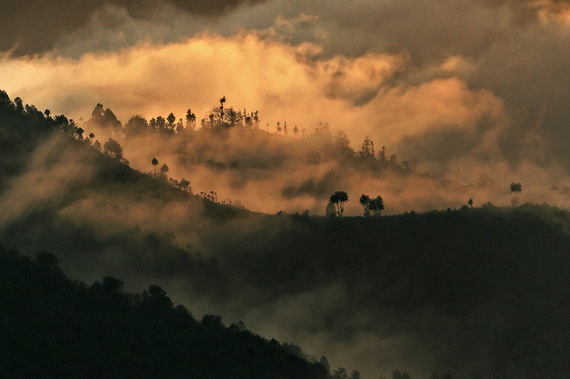 Tools can be used to build or to destroy, to benefit others or to harm them. This is true of simple tools, like a hammer, but also of complex, dynamic tools like intelligence and power. In ancient times, when human were using hand made tools, the good and bad they could do was limited. Everyone was directly responsible for the consequences of having used these tools.

Following the scientific, technological and industrial revolution, the power of today's tools -- electric and atomic energy for instance -- have increased thousand or million fold. In addition, they are now controlled not just by single individuals but by groups or nations. Consequently a dilution of responsibility occurred.

It is hard for an individual to feel responsible for climate change, even though he knows that he played a modest instrumental role in this process. No one consciously decided to heat up the planet to such extend that, unless the course of events takes major turn, global human activities will bring about the sixth major extinction of species since life appeared on earth -- the fifth one going back to the time of the dinosaurs.

At this point, we need to arouse personal commitment and a sense of global responsibility. Two things can help us to do so. To bolster our sense of personal commitment, we need to arise a stronger concern for the fate of future generations and for that of the 1.3 millions species who are our co-citizens in this world. If we act only in our short-term interests and ignore the interests of the long-term, we comprise the well-being of our environment and the generations that will follow us. But if we care for future generations, we will not destroy the planet we've been given. The problems may be global, but the solutions start with the personal and local.

As for global responsibility, we need to increase our awareness of the interdependent nature of our world: each of our actions is fundamentally interconnected with everything else. The Buddha taught that we are not separate, but instead exist as part of a web of living beings. As such, we are dependent on other beings for our survival. As this inter-connectivity was once so poetically described, "The wing flap of a butterfly in Brazil can trigger a weather change in Europe."

Now, we're all in the same boat. Whether we can safely cross or not the ocean after having tackled the challenges of climate change, decline of biodiversity, and two hundred millions of forthcoming climate refugees, depends on each of us and on all of us.