I come from a family that doesn't easily go along with government stuff. We hate taxes. We hate surveillance. We're suspicious. We're smart. Here's one example: My dad served in Vietnam, and he was like, "Hell naw! You're never going in the military!" Since I'm a member of the Blackfeet Nation and our nation transcends the Canadian border, my dad's plan was that I'd go live with my Canadian Native family if ever there was talk of a draft.

Likewise, I didn't register to vote for a long time. Voting simply is not a value in my family; our allegiance is to the Blackfeet Nation and the Suquamish Nation. ("These are white people's elections. That's not our stuff.") Finally, a college convinced me to give voting a try. ("You might make a difference!") But as soon as I registered, I got my first summons for jury duty. "This could be fun," I thought. My friends and I began scheming up the most ridiculous excuses we could think up. We were laughing and scheming while watching Beavis and Butt-Head. "I'm not going along with this! I'm a radical! Radicals don't do jury duty!" First plan: Tell them, "I'm a racist." That is, no matter who the defendant was, I was going to hate whoever the defendant was and say that I couldn't give him or her a fair shake. Second plan: Tell them honestly that my first allegiance was to the Blackfeet Nation and the Suquamish Nation and I didn't know if I could be trusted to uphold the United States' laws.

Predictably, I was quickly eliminated from the jury pool. In victory, I rubbed my hands together, mastermind-style. "I just beat the man!" I knew I was a smart guy. Heck, I'd just outsmarted justice.

Why am I telling you this?

The first time I argued a jury trial, I saw a lot of the same behavior: smug smiles and dishonest replies that indicated that they wouldn't be a good juror. Of course, by this time I wanted good folks on the jury; how else would I win? But all the people who I thought would make fair-minded and good jurors wanted nothing to do with it. I could tell. Their body language said so. Their mouth language said so. It wasn't a huge, highly publicized case, but all court cases are social-justice issues, because rich people get a fairer shake than poor people, irrespective of color. So I wanted some folks in the jury box who might be able to reflect some of the values of my client. That's fair; that's why it's called a "jury of one's peers." But my client's peers wanted to get out of there as quickly as possible!

They beat the man. They didn't have to participate in these games. They outsmarted me and the justice system. As a result, someone didn't get as fair a shot as they otherwise might have.

Look, America has always been sick with the disease of racism. That's not new. As Martin Luther King Jr. eloquently stated, "Our nation was born in genocide when it embraced the doctrine that the original American, the Indian, was an inferior race. Even before there were large numbers of Negroes on our shores, the scar of racial hatred had already disfigured colonial society."

But we're still in the same place we've been in for the past 50 years: merely diagnosing the problem. As we used to say in the '80s, "No shit, Sherlock." We're pointing at the racism, pointing at all these agencies and municipalities that we cannot do anything about. The one place where we're not pointing? We're not pointing at ourselves. We let this happen. Black folks. White liberals. Pigeon-toed Natives. Conservatives. All of us. We're all complicit.

I didn't use the tools that were there. I let the Eric Garners and Michael Browns down.

Moreover, county prosecutors -- like Bob McCulloch, the prosecuting attorney for St. Louis County who essentially decided whether the St. Louis County grand jury would indict Officer Darren Wilson in the shooting death of Michael Brown -- are usually elected officials. They get voted in and out of office on the strength of the people who vote. In the 2014 primary for St. Louis County prosecutor, a black woman ran against McCulloch. Her name is Leslie Broadnax. Most importantly (to me!), she is a former public defender who may have come into contact with some of these police-brutality cases during her time as a defender. But she got far less than half the votes that McCulloch received: around 33,000 votes. Only 30 percent of the county turned out for that primary.

We're simply not using the tools that are there.

Racism is real, and black men get killed in tragically disparate numbers. Absolutely. It's been that way since the first interloper landed on this continent, and now many of us brown- and black-skinned people have even been infected with that racism disease against each other. That's deep. So it's going to take some time to remove that racism sickness out of America's DNA. That's long-term. In the short term we've got a responsibility to use the tools that exist right now. I admit that I have no clue whether the system will actually work; it might be as much of a joke as I was raised to believe it is. But I also cannot honestly say that these tools don't work until we actually try to try them. Failing to register to vote is not playing the game. Thirty-percent voter turnout is not playing the game. Finding creative ways to get out of serving on juries is not playing the game. You don't want to participate in the American justice system? I get it. Yet non-participation has consequences. I mean, there's absolutely a place for marching, sounding off on social media and being outraged and indignant. We should be; that's all positive stuff. Yet we have to use the tools that we have currently; otherwise we'll keep "outsmarting" justice. 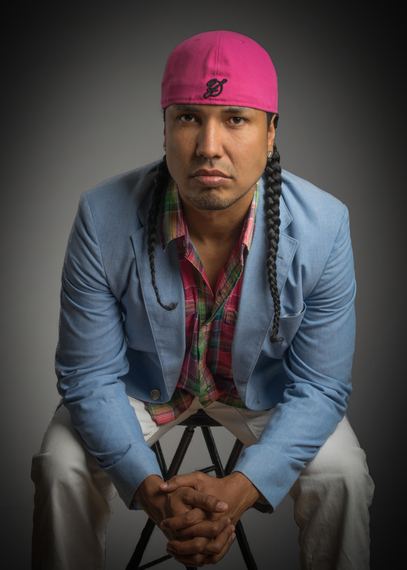 Gyasi Ross is a father, author and attorney from the Blackfeet and Suquamish Indian Reservations. He is the author of two books -- How to Say I Love You in Indian and Don't Know Much About Indians (But I Wrote a Book About Us Anyways) -- both available at cutbankcreekpress.com. He has a column in Indian Country Today Media Network called "The Thing About Skins."