In late August, Italy discovered the largest gas field in the Mediterranean, off Egypt's coast. Many in the media were ecstatic. Meanwhile, the media continued to report with dismay about the growing number of people desperately trying to reach Europe by crossing the Mediterranean.

Floating on the Mediterranean are risky rubber dinghies, filled with people's hopes for salvation. Below the surface, geological discoveries are stirring up hope that Europe's economy will grow through inexpensive energy sources-- but only a few people are able to grasp the fatal combination of these two issues.

Demographers speculate that the current stream of refugees to Europe is nothing compared to to the looming migration of millions of environmental refugees. Indeed, the burning of fossil fuels --and the release of CO2-- is playing a major role in climate change. As a result, many countries --especially the poorer ones-- face threats of drought, desertification, livestock mortality, and the perishing of water resources, among other disasters.

Even a minimal rise in sea levels due to the melting of polar ice caps would leave hundreds of millions of people to suffer, as it would lead to floods and to the seeping of seawater into groundwater. In some countries, rural to urban migration has already resulted in societal tensions, and even riots. 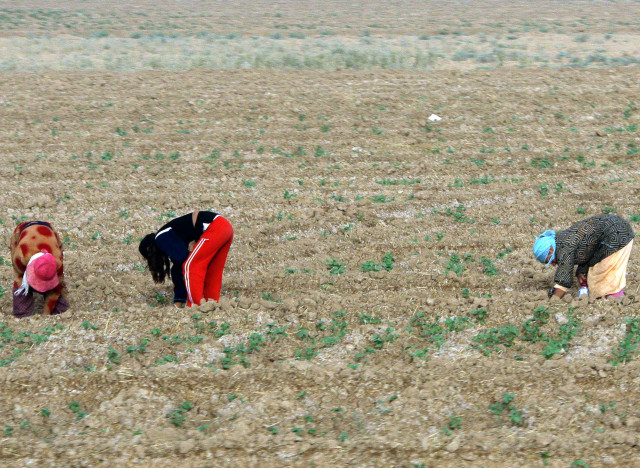 Syrian women work in the fields in the drought-hit region of Hasaka in northeastern Syria on June 17, 2010. (AFP/Getty Images)

Syria, for example, suffered its worst drought yet from 2006 to 2010. A large portion of the country's livestock died. Around 1.5 million people moved to the cities. There was a shortage of water in many cities. In addition, there was an unequal distribution of water. The protests which erupted as a result were violently repressed, which led to further discontent-- one of the catalysts of the civil war, according to US climate scientists.

"The West has contributed to migration through colonialism, globalization and climate change."

Environmental refugees have no legal protection under the Geneva Convention of 1951. In an effort to change that, representatives from more than 100 governments met in Geneva to hold a Global Consultation on October 12 and October 13, 2015. They came up with an "Agenda for the Protection of Cross-Border Displaced Persons in the Context of Disasters and Climate Change." The event was organized by the Nansen Initiative, which was launched in 2012 by Switzerland and Norway to address the needs of people displaced due to natural disasters and climate change.

Foraus, a Swiss think tank calls on Switzerland to continue its work with the Nansen Initiative, and to commit to the recognition of legal protection for environmental refugees. Foraus also calls for a new understanding of migration as a multi-causal phenomenon: it's often a result of a combination of social, economic, political and environmental factors.

To resolve the refugee crisis, three steps must be taken simultaneously: emergency relief, Europe's acknowledgment of its responsibility to address the situation, and an effort by rich countries to stop engaging in the activities that result in migration.

If the media, teachers, public institutions and cultural institutions would revisit our past and present actions --which have led to the impoverishment of entire nations-- maybe fewer citizens would be hostile towards refugees and migrants. They would possibly become more understanding and generous.

The West has contributed to migration through colonialism, globalization and climate change. Colonialism has manifested through military occupation, political domination, slavery, exploitation of natural resources, capitalizing on ethnic conflicts, arbitrary demarcation and nation-building, and the development of economical structures that service European cities. The repercussions of those crimes still linger today.

Then, neocolonialism took over, in the form of economic protectionism, unfair trade relations, arm exports that favor dictators, corruption and the preferential treatment of governments, the support of dictators, the overthrowing of democratic governments, as well as attacks or invasion, leading to the destabilization of countries. 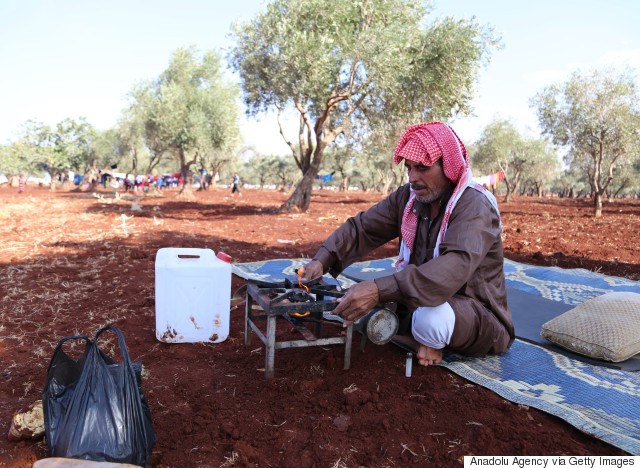 Historian Stuart Laycock found that there were only 22 countries that have not been invaded by the British army. European intervention in education, medicine, institutions, infrastructure, engineering or its provision of lousy development assistance is not enough to make up for its colonial history.

Globalization, or, to be more precise, North Americanization and Europeanization, has its pros and cons. Its recipe: unification of the market, goods, consumer culture, a prevailing uniform information channel (The Internet), unified mainstream culture (shaped by Anglo-Saxons), and unified economic principles.

"We must not forget that the profit we make today is responsible for the environmental refugees of tomorrow."

By using globalized means of communication, hundreds of billions of dollars are spent every year on advertising, and rich countries flood poor countries with images of attractive goods and lifestyles. They seem to be available to everyone, and to bring happiness and excitement. It's no surprise that billions of people in need are lured by consumption.

We also must mention climate change. Its impact on refugee movements and migration is underestimated; it's one of the reasons they are fleeing. The populations in poor countries are not responsible for climate change, the per capita emission of greenhouse gases are five to 10 times less than they are in our countries. If you look at it scientifically, cumulative greenhouse gas emissions that date back to the industrial revolution should also be taken into account. If we consider gas emissions in a historical context, we'll see that rich countries have more responsibility. This would not be as evident if you only look at recent data.

There is a growing number of science, engineering and economy experts who demand that we completely give up on fossil fuels. They demand a transition to renewable energy, something that is both essential and possible to achieve within the next few decades. Geologists are of the opinion that fossil fuels won't run out in the near future.

Giving up on fossil fuel combustion has nothing to do with how much of it is left, it has more to do with putting an end to climate change. While climatologists have demanded that we leave those resources where they are, our greed drives us to extract as much as possible. We must not forget that the profit we make today is responsible for the environmental refugees of tomorrow.