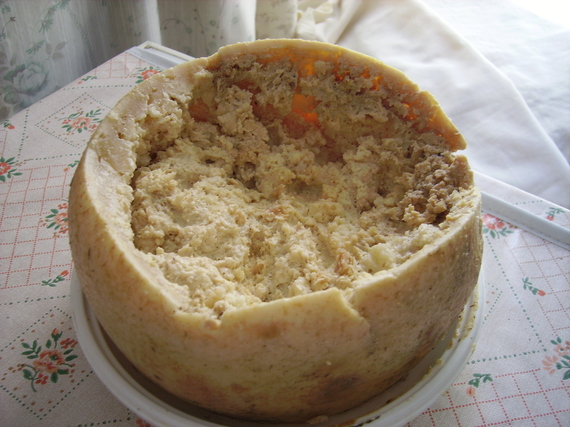 The attention towards how food is produced, distributed, bought, cooked, and disposed of has reached new heights, causing elevated levels of anxiety at all levels, from the personal to the global. We tend to metaphorically understand our communities, our societies, and our nations in terms of bodies, often imagined and experienced as autonomous and self-contained realities that are being attacked from outside. Just think about the anti-bacterial and disinfectant that clean our world of dirt and possible infections. While these substances and the scientific practices that support them have extended our life span, such intense extermination of contaminants can originate undesired side effects like anti-biotic resistant bacteria. The recurrence of product recalls, illness outbreaks, and news of adulterations does not do much to dampen these fears. As a consequence, the preoccupation for dangerous intrusions caused by the inevitable necessity of ingestion, is palpable.

When we eat, we ingest foreign substances. That's inevitable. The world literally becomes part of us. What we consume can provide us with necessary sustenance or could kill us. It is not surprising that food and eating became an arena in which we try to resist the invasion of foreign and potentially dangerous bodies, on which we inevitably feel we have limited control. We do not want to consume products containing GMOs or growth hormones; we are weary of food adulterations and counterfeits; we may prefer to consume organic and local products, even when what counts as "organic" and "local" varies greatly; we may be suspicious of exotic ingredients and dishes, embodying reactions that range from curiosity to outright refusal; finally, we may want to support local food jobs, at the regional and national level, by limiting imports from abroad.

At times governments argue that certain imports are too cheap, an indication that the exporting country may be practicing dumping, or constitute a risk in terms of food safety. The possibility of food-borne diseases and pests, such as the avian flu, makes food imports a delicate and controversial aspect of international trade. Overall, we fear contaminations and illnesses that may come through what we ingest, both physically and metaphorically. Besides the complex regulations already included in the WTO agreements, the current political discussions about trade wars and walls do not bode well.

However, even the most cursory reflection on the relationship between food and our bodies should quickly discount any fantasy about self-containment. Bodies are porous and tightly embedded in intricate ecologies, from the micro to the macro level. Impressive research is being conducted on the gut microbiome - in the definition provided by Joshua Lederberg, the "ecological community of commensal, symbiotic, and pathogenic microorganisms" that share our body space and are now indicated as both the possible cause and the solution of many health problems. Our food choices are entangled in food systems that connect soils with plants and animals, producers, distributors, consumers, and the living creatures that contribute to turn leftovers and waste into compost.

Many delicious foods are produced by the action of bacteria: it is enough to mention cheese and yogurt. The ongoing debate between those who defend traditional cheese making methods and those who push to implement more hygienic standards embody this tension between two conceptions of the infective elements. The French philosopher Michel Serres tackled this theme, when he pointed out that the word parasite literally means something that eats next or beside something else. This means that the word not only refers to a presence that consumes food and drink without giving anything back, but also to neutral neighbor eaters and symbiotic partners who live in continuous, productive exchange with their hosts. Against any logic based on dualities and oppositions, parasites introduce dynamics that favor pluralities and transformations, interdependence and innovation, reciprocity and mutuality. If we applied this way of looking at the world to politics, the result would be a community not based on what unites in a single identity - ethnical, territorial, and spiritual - but rather on a common bond, a mutual gift.
These themes will be discussed in the conference The Invasive Other, which will take place at The New School on April 21 and 22nd, developing the premise that while seemingly of different orders, invasive others -- whether people, plants, ideas, or pathogens -- are described in similar ways and are patrolled and controlled through similar technologies, logics, and policies.