Recently, a Redditor claiming to be a McDonald's shift manager in Scotland confirmed that the long-rumored McDonald's secret menu is, in fact, real. And it's simpler than we thought -- though the Internet has popularized countless "secret menu" names (like the unfortunate "McGangBang"), the manager said names aren't necessary, and it's as easy as swapping ingredients in and out to customize your "secret" order.

Still, when I set out to order everything on the McDonald's secret menu (with items collected from Twitter, Instagram, and #Hackthemenu), I started with the names to see if the employees recognized them. If they didn't, I went ahead and described the item to them. It's worth noting that out of the 10 items ordered, six had to be assembled by me. Basically, any order that's too off-menu will have to be DIY. But make no mistake, they will make you that Big Mac with eight patties.

Here is every item on the McDonald's secret menu, ranked from worst to best: 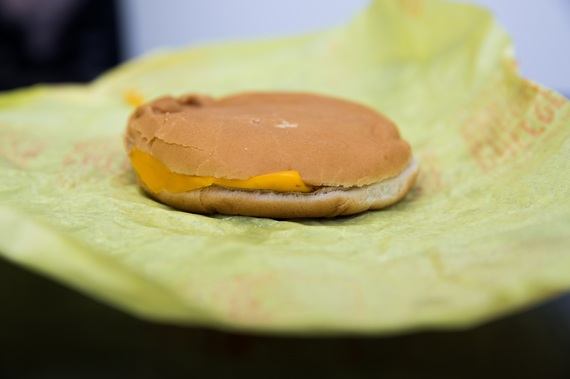 10. Grilled Cheese
How to get it: Just ask for a grilled cheese. You may also have to say "Yes, all I want is cheese and bread."
Verdict: No. 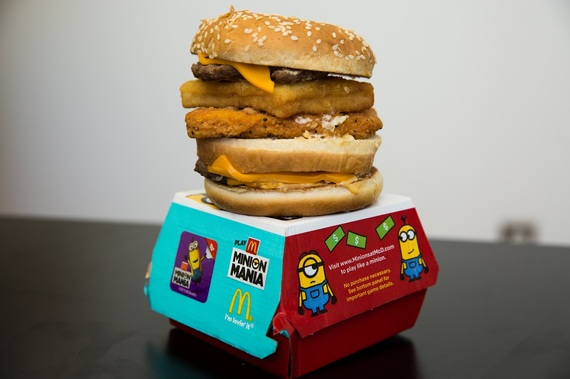 9. Land, Sea, and Air Burger
How to get it: This was one of the aforementioned DIY items that couldn't be put together for me. Ask for a Big Mac, a Filet-O-Fish, and a McChicken. Then put the McChicken and Filet-O-Fish patties inside of the Big Mac.
Verdict: This was the secret item I was most excited about, and it was the biggest letdown. It would maybe be fine without the bread. There is just SO much bread in this -- it's hard to taste anything else. I may never eat bread again (this is a gross exaggeration, but I just want to emphasize again that bread is ABUNDANT). Moreover, if you ever thought a soggy fish patty would not pair well with beef and chicken, you, sir, would be correct. 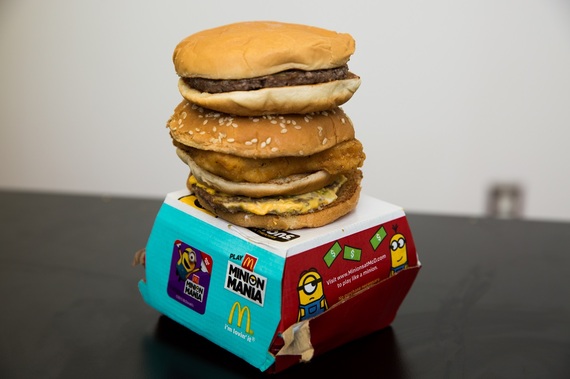 8. McGangBang
How to get it: I said the name and no one was happy about it, including me. Order a McDouble and a McChicken, then place the McChicken inside of the McDouble (buns and all).
Verdict: Again, WAY too much bread. There's even more on this one! But it gets a higher ranking because it doesn't have fish. I would also like to propose an official name change. Here are some options: McRihanna, McBeyonce, McDrake. That last one sounds the best. Seriously, this entire thing just tastes like musky bread. 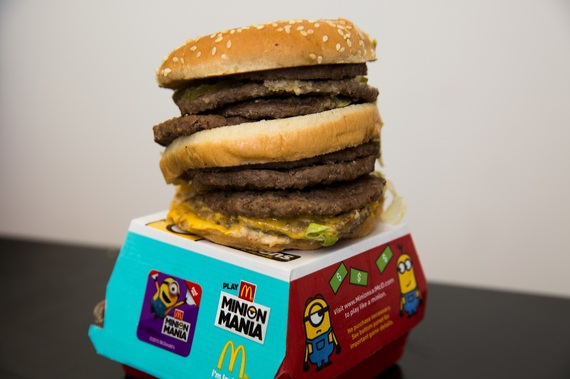 7. Monster Mac
How to get it: I asked for a Monster Mac, but was met with blank stares, so I asked for eight patties inside of a Big Mac. Four separate employees came by to check whether or not I was of sound mind and body, but still, it was put together for me!
Verdict: Not enough cheese or sauce. It's like stuffing your mouth with a mass of dry, unseasoned ground beef. 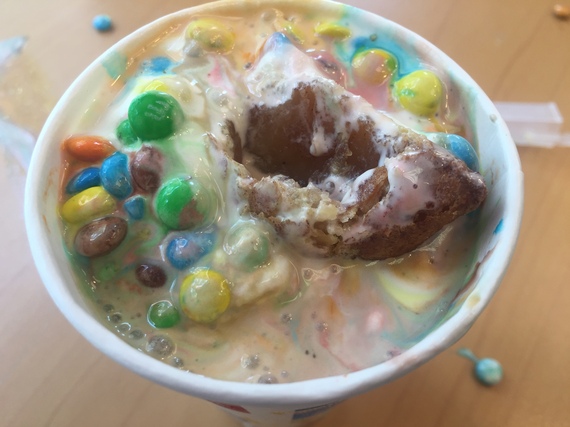 6. Apple Pie McFlurry
How to get it: Ask for an Apple Pie mixed into a McFlurry
Verdict: The pie was just placed into the McFlurry (which is so thick, the pie could barely even get in there). I tried and failed to blend it all, 1. because the spoon is not a spoon and 2. because the McFlurry itself is SO insanely thick. This was messy and there was no pie-flavor (just weird, mushy texture), so I just avoided the pie and ate a McFlurry. That was good, though!

To check out which secret menu items made the top 5, head over to Thrillist.com!

The 33 Best Burgers in America