The classic Kurosawa film deals with the nature of truth... how the same events can be viewed in completely different ways by different people with different backgrounds, expectations, and experiences.

In the same way, the same town can be viewed in completely different ways by expats with different histories, backgrounds, and expectations.

Case in point... we were having dinner with some good friends of ours here in Ecuador the other night. At one point in the conversation, they told us about a couple they knew who came to our little village to try it out and spent the entire week holed up in their rental apartment.

"They were appalled," our friends told us. "They said they had no idea the place would be so filthy and poor. And they were so scared they wouldn't go out after dark, even in the center of town. They actually stayed in their apartment all week until they could leave." 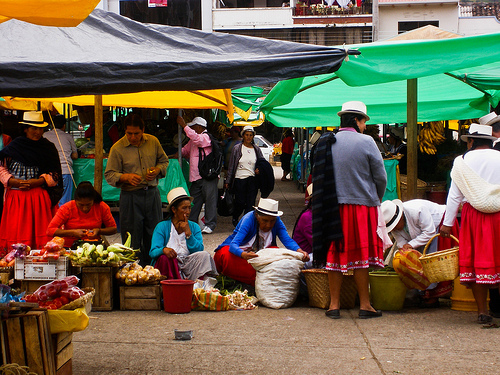 We were dumbfounded. We find this to be one of the cleanest and best maintained little villages we've ever lived in (or even visited) in Latin America.

But then again, we've lived in a lot of places around Latin America... some of which we actually would describe as unsightly and, in certain areas, unsafe at night.

But "our" little town? Come on, we said to our friends.

"Well," they replied, "we didn't like the place so much when we first got here, either. Not that we found it disgusting... just kind of shabby."

And three different perceptions of exactly the same thing.

This is something we personally experience often, since we write extensively about the places we've lived in and visited. For each and every story we've written, we've received an email from somebody saying, "I've been there, and the place you describe bears no resemblance to reality."

Their reality, that is.

But it still amazes us when intelligent folks can diverge so much on their opinions and perceptions of exactly the same thing.

Related Articles:
We Took a Gamble on Ecuador
The Positives of Life in the U.S. for Less in Costa Rica
"The Lower Cost of a Retirement in Panama Drew Us Here"