The exoneration of Trayvon Martin's killer in 2013 sparked the #BlackLivesMatter protests and movement. What started out as a public discussion about the murder of black people by police in the United States has evolved into a movement denouncing the dehumanization of black lives and calling for their rights. This resistance movement revealed that racism did not end with the abolition of segregation laws, and that its victims still suffer in various ways depending on whether they are women, gay, differently-abled, or immigrants.

Paola Ledezma, Itzel Durán and Alessa Flores are the names of three transgender women murdered in Mexico in the past two weeks. The responsibility for these murders goes beyond those who shot, stabbed and strangled them. We are complicit as a society. At least 265 trans people have been killed in Mexico since 1995. And we should take responsibility.

According to the Inter-American Commission on Human Rights, hate crimes are directed at specific groups, have a symbolic impact and take place in a permissive social context.

The murders of Paola, Itzel and Alessa impact all trans women: They are tragic reminders that trans women in Mexico run the risk of being murdered even before turning 35.


Those who commit acts of violence against trans women intend to punish them for having identities and bodies that differ from what we have traditionally been told about what it means to be a man or a woman.

The murders of Paola, Itzel and Alessa impact all trans women: They are tragic reminders that trans women in Mexico run the risk of being murdered even before turning 35. Such incidents turn us into accomplices. Why does Paola's coffin need to block traffic to remind us that the lives of trans people matter?

Hate crimes in Mexico takes place in a context in which organizations such as the National Front for the Family, an anti-gay marriage movement, and various Christian churches have mobilized thousands of people with lies. 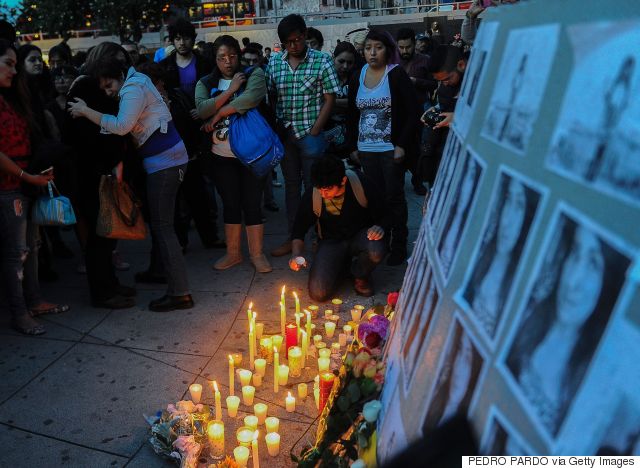 Just one day after Alessa's death, Fernando Guzmán, a member of National Front for the Family, made outrageous remarks.

"Gender ideology tries to destroy sexual dualism, under the pretext of making men and women equal, seeking a society in which masculine and feminine beings don't exist, only a large variety of sexual orientations and tendencies. The underlying purpose is the destruction of the natural family, through a new dialectic that (confuses) men with women and children with their parents," he said in an interview.

With the idea that the "natural" family structure is in danger, the Front tries to degrade trans experiences and portray trans people as abnormal for not fitting in with their conception of the "masculine" and the "feminine."

The stigma that they reinforce divides families and perpetuates violence. Paola's family did not attend their daughter's funeral. And the announcement of Itzel's death insisted that Itzel was not her real name because when she was born she was registered as a man.

We need to act and put an end to the discriminatory discourse that the National Front for the Family and its allied churches are spreading. The safety of trans women is under constant threat and their dignity is violated every day through the discrimination that we have not yet eradicated from the streets, workplaces, schools and homes. To stop being accomplices, we have to act against this impunity and remember that the lives of trans people matter.

This post first appeared on HuffPost Mexico. It has been translated into English and edited for clarity.