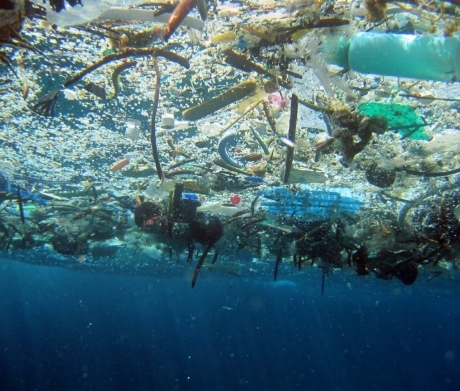 News that plastic pollution will exceed all the fish in the sea by 2050 is beyond appalling -- it's unacceptable. We need bold action to stop plastic garbage from choking out ocean life.

One ocean and two big problems: We need to end overfishing and confront our throwaway society. Both goals are about reducing our consumption and letting our oceans recover.

The statistics -- from a Jan. 19 study by the World Economic Forum -- are alarming. Not only is plastic projected to overtake fish by 2050, but plastic production is also expected to consume 20 percent of all oil by then, up from 6 percent in 2014. So single-use packaging is not only polluting our oceans but it is also driving our oil addiction.

But wait: It gets even worse. This ocean plastics study came out on the same day as another important one showing that overfishing has depleted the ocean more than three times faster than previously understood. That means plastic pollution could crowd out fish even sooner.

This fishing study for the first time calculated illegal and recreational catch not included in official figures. It found that catch peaked in 1996 at 130 million tons, rather than the 86 million ton total recorded by the United Nations that year. Since then the global catch has declined by 1.2 million tons per year -- three times the rate officials believe -- because of overfishing.

And we're replacing that displaced ocean life with mountains of plastic that absorb a deadly cocktail of environmental toxins. It swirls into the North Pacific Gyre to create the largest garbage dump in the world, or it's eaten by little fish that are then eaten by bigger fish, working their way onto our plates.

Our oceans and our economy are on a collision course. We simply can't keep cranking out plastic packaging without it overwhelming the sources of life as we know it. The plastics report shows the use of plastics increased 20-fold in the past half-century and is expected to double again in the next 20 years.

"We live in a defining moment in history," Mogens Lykketoft, president of the United Nation's 70th General Assembly, wrote in the foreword of that report.

We can define our world by our consumption, hauling away the fish and replacing them with our plastic waste. Or we can define it by our capacity for conservation and regain the natural balance that we've lost. We need bold leadership that will pledge to keep the oil in the ground, we need strong international fishing rules and enforcement, and we need to ban single-use plastics or force big plastic to deal with its waste. The ocean is sensitive, and it's going to collapse if we use it as a dump or lawless fishing ground.