I'd plugged the idea of going to the "Justice or Else": Million Man March 20th Anniversary into my dad's head months before October 10th. He went in 1995 with two of my older brothers Anthony and Dom who were 9 and 10 years old at the time. I remember seeing the pictures of them, dressed in first-down bubble coats and wrapped in scarves standing in front of my dad with other black boys from the community. In addition to two of his sons, my dad and his friend who we all affectionately called Baba Jamal, had also gathered a group of young boys to go down to be part of the 850,000 black males that that rallied in Washington D.C. in the spirit of atonement.

I was only 4 years old at the time but I knew my brothers were going somewhere planned especially for them. Over the years, my dad had told me the story about how he'd made pallets for the boys on the ground because they were old enough to know this was important but young enough to take naps in the grass during without shame. My brother Anthony, the fearless wanderer of the family had woken up from his slumber in a quandary and gotten lost from the pack until another man found him.

"I thought you left me!" he said as he ran over to my dad.

My dad laughed thinking back about how he was going to be explain to my mom that he'd lost her child in a crowd of almost one million people.

Eight years later, my little brother Justice was born and took my spot as the youngest. His place in the family in this time in America was the reason why I started gradually introducing the idea of going to the march this year. As the day approached, my dad started digging for excuses about why he was skeptical about going.

"I don't think I'm going to go. These are different times."

"All the activism this year may bring more people to come only to observe and that's not how it was in '95."

"I think Justice has a basketball tournament."

I was confused by his reasons and why he was even giving them. At my brother's age of 12, I wasn't able to evade extra homework assignments outside of school on black history and literature. My brothers and I basically had Saturday school in the living room where we'd learn about the diaspora and hold down beats on African instruments during extensive jam sessions while our friends played outside. A part of me worried about my little brother not having the same cultural reinforcement that we had.

Perhaps my father had been iffy about going to Washington D.C. because he didn't want to face the nuances of the continuation of a monumental event that he'd already gotten fire from two decades ago. As he seasoned, he seemed not only afraid to witness the changes but also weary that they wouldn't be good enough for his youngest son.

On Monday, October 5th, I texted my dad, "Baba, I really think you should go to the march. It's really important for Justice to see that especially during this time. I really want you both to go."

He replied, "Yeah I think."

He's not always the savviest with technology and sometimes his texts aren't the clearest so I called. I guess I'd gotten through to him because he dropped all his defenses and confirmed that he was going to bring Justice and that my other older brother Y'lan was going to fly in from Los Angeles to join. Y'lan was living with his mother in another state at the time of the first march, so the experience of having two of his youngest sons with him for the first time this time around would be great for them and could also give my father a chance to relive and continue a tradition. 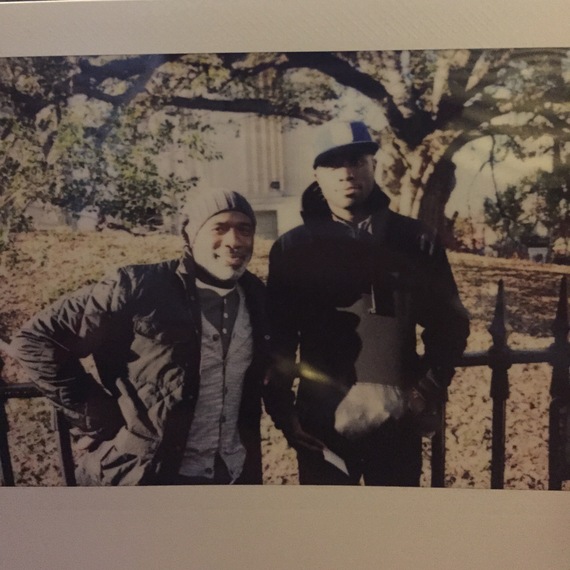 Me and my friends arrived to the national mall around 10am. We laid out our jackets on the grass, stood, sat, listened, raised our fists and teared up in between songs, spoken word and speeches. I kept checking the clock. My family was supposed to get in around noon and even though Minister Louis Farrakhan was going to talk for as long as he pleased, I was concerned that they'd miss him.

After my third time stepping away from the massive crowd to get phone reception, my dad told me they were coming up the stairs from the metro station. I instantly saw the Starling smiles that show just how strong my dad's genes are as soon they hit the last landing. We all embraced as I quickly led the way back to our spot on the mall.

We swiftly wove in and out of crowds of t-shirt vendors on the sidewalk, passed debates about Christianity and men and women who sold red, black and green flags until we got to the grass. Upon arrival, Justice and his friend that he'd brought along laid down on a shirt I placed on the ground for them.

My dad saw the slight disapproval on my face of my little brother's relaxed position as he stared up into the sky and said to me with a smile, "Your brothers did that same thing years ago when I brought them."

Minister Farrakhan talked about things I'm sure the boys didn't quite understand as I had to ask my dad a few questions to frame the context of the minister's words. But the message in the purpose of the march seemed to resonate. To look around and see crowds of black men, women and children, smiling, hugging and even telling strangers, "I love you" was powerful. I looked down a few times, to see Justice as he sat attentively on the ground. Maybe he didn't get the historical references or the cultural jargon in the speech but he listened.

From the moment he arrived to the march, we shifted our individual energies towards Justice. We'd come together to be a part of the historic moment but we were mostly there to support his presence while we planted seeds in his growing consciousness of self. Not the one for overt reactions to things, he's always kept it cool and composed but it was evident that his spirit was happy (despite his expressions in photos). 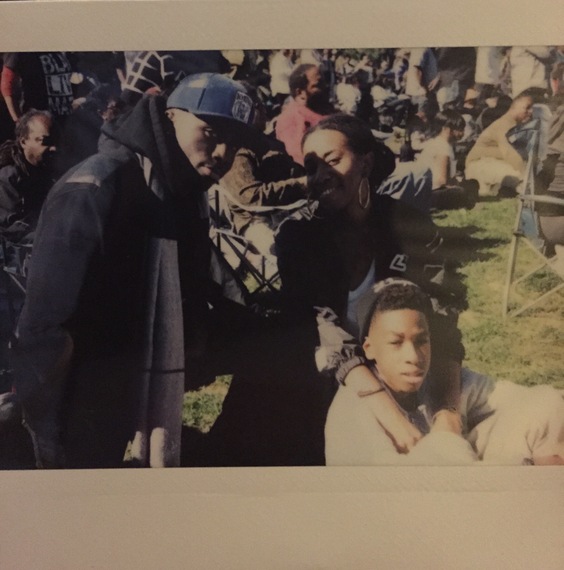 There was power in coming together to celebrate him outside of a birthday or an accomplishment but simply because he is a black boy in a country that tells him that he isn't deserving of such acknowledgment. I hugged him tightly over and over, kissed him on the forehead and told him I loved him just in case he ever questioned it or forgot for a moment in time. With every attempt to hold his hand and in all the photographs I took of him, I wanted to lock in the notion that his life will always warrant "justice", that he was named with a purpose and that if any institution slighted him of what he was worth we would fight to the death to defend his honor and ensure that the rest of the world knew it too.