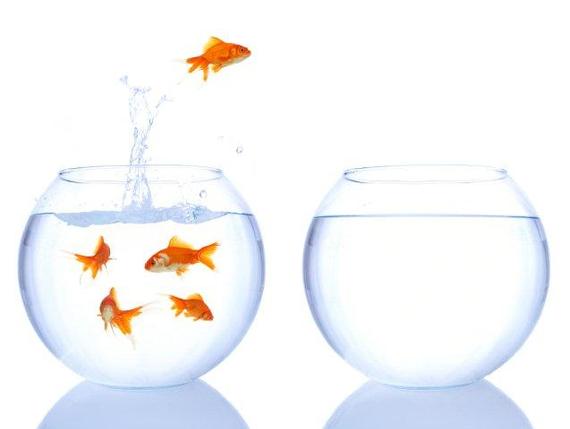 I recently had a conversation with a woman who felt she had been treated unfairly at work by her manager. She'd felt as though she had been talked down to and that she had been excluded from the rest of the team. She also noted that other employees were given opportunities, while she was overlooked. All of this made her seriously consider leaving. And her situation is not uncommon--people go to work and experience this same thing every day.

In fact, it reminds me of a time early in my career where I had experienced a similar situation. See, shortly after finishing university, I was hired with an organization. At the time I thought it was my "dream job," and I was thrilled to be there. I was able to work with other departments and get a thorough understanding of what the organization did, and for that I was grateful.

At this "dream job," I did what was asked of me and absorbed every bit of information I could--like a sponge--regardless of how mundane it was. It felt like I had a great relationship with my manager, especially since she was always encouraging me to apply for other positions when they were available. I thought she had my best interest at hand--I trusted her. I even applied for a few she suggested, and I didn't think anything of it when I didn't get them.

Then one day she told me about a position that would soon be available, and strongly encouraged I apply. I had been helping out this other area for months, so I too really felt it would be a good fit. So I confidently applied, but then didn't even get an interview. This time, I decided to ask why, and she revealed that she'd told the hiring manager, "The last event Colleen helped out with there were bread crumbs left in the kitchen so that displays her lack of cleanliness."

What a slap in the face! But worse was the way she said it--like she was a plantation owner talking to her slave, and was disgusted by me. I was hurt, shocked and immediately felt a sense of inferiority.

There were a few other instances that took place after this, where I felt that same inferiority and isolation--feeling excluded and spoken down to as though I would never be treated equally or as "one of the team." I began to think about all the other jobs I'd applied for. Did my manager sabotage those or was I truly unqualified for them? Shortly after the "breadcrumb" incident, I decided it was time to part ways. I applied for another position with another company, and got the job!

As I got to my final week, it became quite clear that my manager never expected me to do any better and had no intention of helping me progress at the company. I had a boss that was a bully.

What I've realized though, is that my story is not unique. Far too often employees are subjected to this type of behaviour no recourse because the person demoralizing them is in a position of authority.

Not too long ago, I happened to run into that former manager. I could have "hid" or ignored her, and believe me, it was a thought when I remembered how awful she'd made me feel. But instead, I walked up and thanked her. I thanked her being the one to teach me what I will and will not tolerate. I thanked her for helping me realize I deserve better. And most importantly, I thanked her for helping me realize that I will never allow anyone to make me feel like I am less and that they are in control of my future. I knew my worth and I knew I was better than that job.

At the end of the day "you teach people how to treat you." - Oprah Winfrey.

If you remember anything from this, remember that the only person who can dictate your future is you. You decide where you go, who you'll be and how others will treat you. You encourage what you tolerate and the behaviour you tolerate from others is a clear indication of how you see and value yourself.