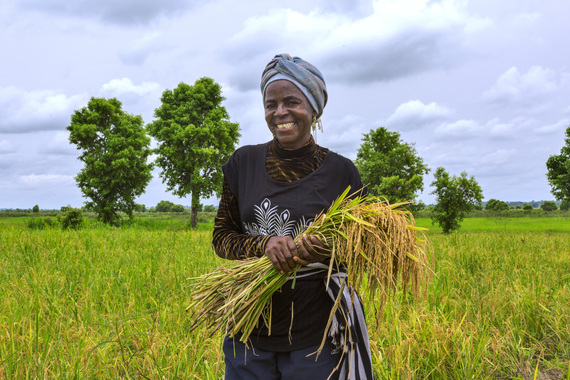 World leaders have agreed to the ambitious goal of eradicating hunger by 2030. The scale of the problem is daunting. Every day 800 million people go to bed with empty stomachs and more than 8,000 children die needlessly from conditions linked to under-nutrition. And by the time we reach 2030, the global population is likely to include an additional 1.5 billion mouths to feed.

With these kinds of numbers, it is hard to believe we live in a world of plenty and we actually produce enough to feed every hungry person on earth. It is horrifying to think that one third of the food produced in the world is never consumed due to loss or waste.

When we think of food waste in the developed world, we think of consumable food thrown out of supermarkets, restaurants and homes. In the developing world, it is a different issue. Food is lost before it even gets to the market. Grain losses in sub-Saharan Africa alone are worth up to US$4 billion a year - enough to provide the minimum food requirements of at least 48 million people.

Food losses occur at every stage of the agricultural value chain

If fruit is not boxed properly during harvest, it can be ruined. If maize and beans are not dried sufficiently - all too common with the current climate variability - they may develop fungus or aflatoxins. If grains are not stored securely, they could become infested with rats or weevils. With unreliable transportation and lack of decent roads, perishable food that left the farm edible and sellable, can spoil en route to market.

The World Bank estimates that if these post-harvest losses were reduced by only one per cent just in sub-Saharan Africa, there would be economic gains of up to US$40 million each year.

This doesn't even take into account the limited natural resources that are being wasted in the production of food that will never be eaten. Annually up to 173 billion cubic meters of increasingly scarce water (almost a quarter of all water used for agriculture) and about 1.4 billion hectares of land (close to 30 per cent of available agricultural land) is used to grow food that is subsequently lost or wasted.

The magnitude of food loss is alarming. And yet, the solutions can be relatively simple.

In Timor-Leste, for example, almost half the population lives below the poverty line and up to 60 per cent of children are malnourished. The annual "hungry season", when food is hard to come by, lasts more than five months. Low crop productivity has long been a problem. Yet local farmers surprised scientists by resisting the adoption of higher yielding maize seeds. As farmers were already losing 30 per cent of their stored maize every year to rodents and weevils, increasing productivity was not their priority.

This problem of inadequate storage presented an enormous opportunity. It showed the potential for people to access almost a third more food - equivalent to about 360 kilograms of grain per farming household - without increasing their production. 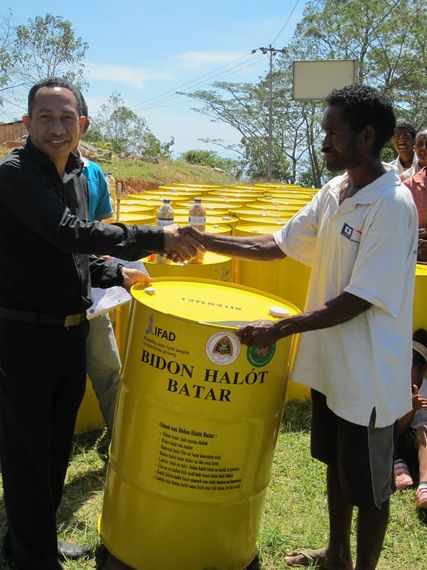 A pilot project supported by the International Fund for Agricultural Development (IFAD) tested the impact of low-cost storage equipment. The project distributed 42,000 airtight storage drums, paid in part by the farmers who received them. Farmers who used the drums to store their grains reduced their losses from 30 per cent to one per cent, potentially halving the duration of future "hungry seasons". The anticipated increase in their annual incomes is nearly 300 per cent.

Once the farmers were provided with better storage facilities, they also became more interested in adopting higher-yielding seeds because the storage allows them to sell their surplus for greater profit in the off-season.

That is just one simple example.

If the global community is serious about achieving a hunger-free world, we need to prioritize finding solutions to food loss along the entire agricultural value chain.

Right now, many farmers are selling their produce as quickly as possible - even directly from the field - to minimize loss. But if they have the knowledge and equipment to avoid losses, they can store their crops until prices are higher and even start processing them to add value. When food losses are minimized, the world's 500 million small farms will produce enough excess yields to become sustainable businesses. And when that happens, we won't just eliminate extreme hunger by 2030 - we will be on our way to eliminating extreme poverty as well.