What is growth? - Why is growth still important? Do we need it? And is there a formula to grow? Global economist Dambisa Moyo analyses the keys to good growth.

When Dambisa Moyo walks into a room she fills it with self confidence. The 47-year-old Zambian economist was named one of the 100 most influential people by Time magazine in 2009. She studied at the American University, Harvard University, and the University of Oxford, moving from chemistry to economics in the hopes of assessing its influence in people's everyday lives. After working for the World Bank and Goldman Sachs, she became an author and international public speaker. Moyo is an unconventional thinker. One of her most controversial books is called "Dead Aid," in which she argues that international assistance to African governments has fostered dependency, encouraged corruption, and perpetuated poverty. Her controversial ideas put her in high demand. Moyo keeps her calendar in a small tablet that she carries everywhere. She knows her schedule backwards and forward. Every minute is programmed. While she talks, she looks at her watch on the sly. In a typically efficient conversation, she explained her concerns about the concept and future of economic growth. 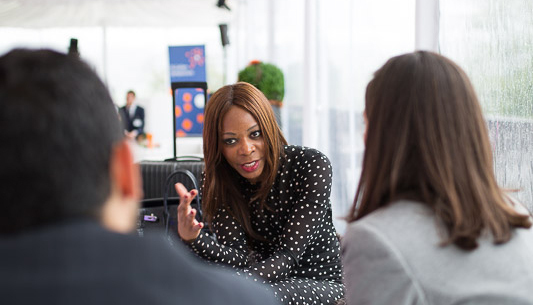 What is economic growth and why do we have to talk about it?

"Economic growth is defined by three key variables: Capital (how much money we have), labour (the quality and the quantity of the labour force) and productivity. The importance of growth is as a metric to gauge improvements in living standards. It is not perfect by any means, but it is a very useful metric to be able to compare across countries."

We have been discussing growth for decades. Why do we still not have a formula to grow?

"We are not entirely sure how to stimulate growth. For example, 60% of why one country grows and another one does not is because of productivity, and yet productivity can be anything: from the rule of law to democracy, to technological advancements and innovation. It is really about how quickly we can convert labour and capital into actual improvements in living standards and, therefore, economic growth."

So, how can we stimulate growth?

"There have been many different approaches to solve that question. The approach in the developed world is to use market capitalism and base it all on incentives. Non-democratic countries, such as China, have shown that you can actually deliver economic growth very rapidly and move hundreds of millions of people out of poverty using a completely different economic system. That is where the tension arises. We do not have clear evidence of what actually helps to drive economic growth, just a broad sense of things that work."

We have added so many qualifiers to growth. We aim for sustainable, well-distributed, inclusive growth. Do you think economists have disregarded the social and political dimensions of growth?

"Those taglines are really attempts by the economic profession to broaden the lens through which we define economic growth metrics. Even on a broader perspective, if you think about countries, there is real concern now that having pure market capitalism is actually attached to increased corruption and widening income inequality. It is creating a lot of social costs. It is a pestilence on man and on the environment. What you are touching on is the on-going effort to try and capture a proper assessment of what economic growth should look like. I do not have an a priori objection to those taglines, but I think that what it says is defining growth is a dynamic process with no end-point."

Is growth a means to an end, or a purpose in itself?

"To my mind, growth has never been defined as an end in itself. The whole purpose is to improve living standards, which comes back to the most fundamental point: growth is not leading to improved living standards. We have a problem. There has been economic growth over the last 30 years, but we know that real wages, particularly in developed countries, have declined. Even though you saw significant growth, in some cases double digit economic growth, you are seeing worsening living standards. We are not getting the outcomes that we expected. Beyond that, a lot of the gains to economic growth have accrued to those who are holding capital, not to those who labour."

Many countries have been left behind in the race for growth. Yet you come from the developing world and you believe that we can find answers in growth. Why?

"Well, it is necessary. People need to live, to have healthcare and roofs over their heads. That requires improvements in living standards. What is up for debate is not whether we need growth, but how we are going to create that economic growth. And we do not have an answer. The big risk is that we become ideological. Ideology is an enemy of economic growth. What is really important to understand is that growth is not the problem. The question is how we are going to deliver that growth. And clearly we do not have an answer." 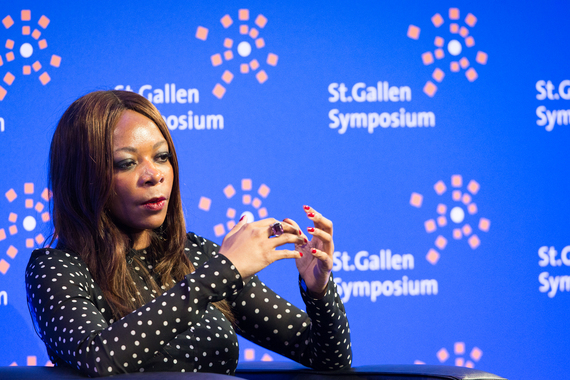 Dambisa Moyo attended the 46th St. Gallen Symposium (11-13 May 2016) to debate "Growth - the good, the bad, and the ugly". Her contribution to the plenary discussion on "Migration - the bigger picture" can be watched here.