As a child abuse and domestic violence advocate, I've worked comfortable in the knowledge I was on the 'right' side of the crime -- until this spring when I found myself advocating for a 13-year-old African-American Dallas boy accused of sexual assault.

He was a victim, too.

For years, this boy suffered child abuse and emotional trauma at the hands of a stepfather who falsely accused him to deflect attention from his actions. Sadly, the judge didn't want to hear about the stepfather, and no screening or rape kit assessment was taken of his 3-year-old sister, the accuser. No child abuse experts were allowed to offer an analysis of what might have occurred, and the little girl's testimony appeared to be coached. 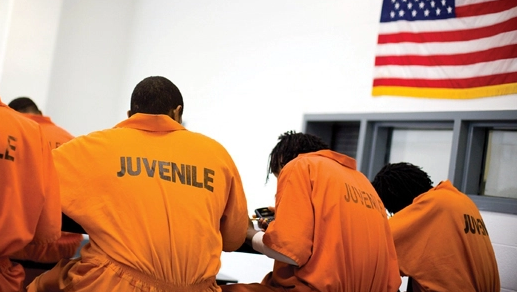 Today, the boy stands wrongly convicted of sexually assaulting his sister and is labeled a felon. He joins the ranks of lost boys, black ones, who make up a larger percentage of jailed youth, nearly five times more than their white peers, despite declining numbers of incarnated youths, according to the Annie E. Casey Foundation.

These stories aren't new, but watching the ease with which this boy's life was discarded, I couldn't help but lament injustices African-American youths face in the American justice system. I'm a witness. The Stanford University sexual assault case where a judge went out of his way to preserve the future of Brock Turner, a privileged white male attacker shows how acute this phenomenon is.

Even affluent black kids are more likely to be to be incarcerated than poor white kids: "While poor youth of all races were more likely than wealthy kids to go to prison, the likelihood of incarceration was higher for African-Americans at every level of wealth compared to white youth," according to the journal Race and Social Problems. Moreover, 2.7 percent  of the poorest white youth ended up in prison, whereas 10 percent of affluent black youths went to prison.

When children are found guilty and shuffled into the system to serve time, there are numerous consequences, especially for those who have committed "light crimes." The vulnerability and lack of support imprisoned children face is heartbreaking. The failure cycle includes a dwindling likelihood of graduating high school, 13 to 39 percentage points lower than kids on the outside. The chances of adult incarceration jumps 23 to 41 percentage points.

Children convicted of a first offense and given the chance to rehabilitate on probation are much less likely to commit another crime, suffer emotional trauma, and are more likely to graduate high school. Kids convicted of light crimes, such as missing school, fights or theft find themselves thrown into a breeding ground for criminality.

An obvious solution is deferring to non-punitive orders such as behavioral and rehabilitative programs focusing on emotional health and discipline will allow us to address a bigger issue. Programs dedicated to helping incarcerated students also increase the chance of graduating high school.

For example, Missouri has a successful program of community-based rehabilitation programs where only 8 percent of youth offenders return to the juvenile system once released, according to the National Center for Children in Poverty. Only 8 percent of juvenile offenders there end up in adult prisons. Noted children's advocate Marian Wright Edelman says lower recidivism rates will safe taxpayers money despite the upfront costs of establishing these community-based facilities.
Some may argue rehabilitative programs cost too much, when in fact, they save money. On average, incarcerating a child costs $88,000 annually, whereas a prevention program on average costs $2,500.

Critics might logically counter crime requires time: However, when minority children are disproportionately represented among convicted youths, we need to figure out why and how to preserve their ability to learn and thrive as adults.

For example, when minority children are pushed out of schools for acts that, while not ideal, are often evidence of previous trauma or environmental stress, we tend to avoid addressing long-term effects. We must put in place practices to teach educators and those working in the justice system aspects of social emotional learning. We must discuss and dismantle the disproportionality of discipline disseminated to youth who otherwise would have had a better likelihood of finishing high school and continuing to higher education.

As many students wait to walk across their high school stage into adulthood and opportunity, those who have spent several years in the juvenile system may not have the opportunity to even graduate with a GED.

Re-evaluating punishment is necessary to breakdown the continuing pipeline from juvenile penitentiary to prison. For countless innocent youths who are sentenced, more diligence is required of our judicial system. And those who have been convicted of light crimes should be directed to rehabilitative programs.

When we become more intentional about saving young lives instead of throwing them away, we can navigate young men or color, all trouble youths really, into another steady pipeline -- away from prison and into college.

Rahel Tekola, a Dallas Public Voices participant, is chief of staff at the Family Place.