The past few weeks have been quite a run for the military. You could almost call it a Valentine -- but this billet-doux would come with guns, not roses.

Congress passed the Clay Hunt Suicide Prevention for American Veterans Act - unanimously - a couple of weeks after the Army released a report concluding that it didn't have the tools to predict that a soldier who went on a shooting rampage at Fort Hood last spring was likely to turn murderous.

A little over 100 miles from Fort Hood, the murder trial of a veteran charged with killing Chris Kyle, the protagonist of "American Sniper," got under way. Domestic box office receipts for the movie have topped $304 million. 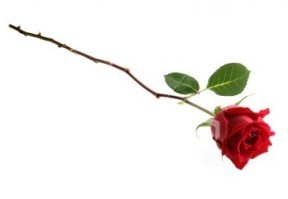 True, there have been a few hiccups, for instance, a certain unease over what a ban on "enduring offensive combat operations" means. We've already sent nearly 3,000 "advisors" to shore up the Iraqi military in its attempt to reclaim from ISIS territory that got reclaimed in 2004, 2006, and 2007 from what we then called Iraqi insurgents. Some of those ISIS fighters were probably trained by U.S. military "advisors" during what we called the Sunni Awakening, which purportedly turned the tide in the last Iraq war, and some of the weapons those fighters seized as they moved through Syria and Iraq may have originated with us as well. Should we need more proof that one offensive combat operation leads to another, we've just sent more Black Hawk helicopters (with crews) to Iraq for rescue operations when air strikes against ISIS go awry.

When Obama announced his intention to seek new Congressional authorization for military force, John Boehner (who would apparently prefer more combat opportunities) warned that it was up to the White House to win support for the idea. America, prepare to be wooed. Frankly, I doubt it will be a hard sell. We may think of ourselves as a peace-loving nation, but we love our military more. Make that, love the idea of our military, as if we can't imagine patriotism without a sniper at its center.

Nobody takes on the military. Not most politicians, for whom peace is a third rail. Not recent presidents. (The last one who publicly talked back to the military was Eisenhower in his valedictory speech, when he warned against undue influence of a military-industrial complex.) Certainly not the American public, who is ever eager to thank "our troops" for services we'd rather not know too much about. Seems like the only people who take on the military these days are in the military - and too often that taking-on erupts in violence to themselves (all those suicides) or others (shooting up a base, killing Chris Kyle).

Which brings us to "American Sniper." Propaganda? Mythology? Telling it like it is? I don't know, which may make me the only person with a keyboard who doesn't have a definitive opinion. I haven't seen the film. I don't want to add my 13 bucks to the millions the movie has made (a hollow gesture, I know) and I don't want to spend 132 minutes watching the veneration of killing and dehumanizing of Iraqis. I've seen the trailer and heard enough opinions to know that the film is skillfully done, which makes it more disturbing to me. Bad propagandists are easy to laugh off; it's the good ones you gotta watch out for. Lest we doubt such myth-making matters, King Abdullah of Jordan recently equated his country's retaliatory response to the immolation of a pilot captured by the Islamic State to that in Clint Eastwood's earlier movie, "Unforgiven."

It matters to veterans too, though not necessarily in predictable ways. Responding to the movie on Salon, Garett Reppenhagen, a former army sniper and longtime member of Iraq Veterans Against the War, acknowledged the narrow focus a sniper's task entails. But while Kyle claimed to be haunted by his inability to save more Americans by killing more Iraqis, what haunts Reppehagen is that he came to see the war - and his part in it - as wrong.

I don't presume to know what haunted Clay Hunt, the late Marine sniper for whom the suicide prevention act was named, nor Ivan Lopez, the army transportation specialist, who killed three soldiers and wounded 12 others at Fort Hood before killing himself. Sounds like the Marines and Army don't have much of a clue either. Probably the only people who can reliably be predicted to become violent are soldiers sent to war. We do know that neither Kyle nor Reppenhagen was unmarked by his time in Iraq. Kyle suffered from PTSD; Reppenhagen's injury was a moral one.

Moral injury is a concept in progress, a description, rather than a diagnosis. It's a distress of the heart probably more than of the head and it stems from taking part in or witnessing something of consequence you believe is wrong, something that violates your deeply held beliefs about yourself and your place in the world. I don't know how you mend from it, but I suspect that for many fighters, moral injury is tied to a refusal of moral blindness, by which I mean no longer buying into the mythology swirling around our country's militarism.

National myths have their purposes, but refusing to examine them or see that they are myths is a form of willful blindness. So we continue blindly on, spending hundreds of billions of dollars to train expert marksmen and send them on missions we can't explain in places we can't locate on a map to kill people they'll know only through a 12-power scope, and we'll be mystified by the blowback when they return, damaged and haunted in ways we don't know how to predict or heal. Then we'll go to the movies for a frisson of danger, a dab of moral ambiguity, and a good cathartic cry.