The violent and sexual assaults on women that took place on New Year's Eve in Cologne and in other cities cast a harsh light on the harassment women are exposed to in public space.

However, this isn't a new phenomenon. One in three women in Germany have experienced physical or sexual assault.

One thing is clear: What happened in Cologne must not happen a second time.

"It's despicable and shameful when populists and agitators use the Cologne events to raise anti-refugee sentiment."

Right now, they need to figure out how attacks of this scale were possible, how prepared the police forces were, and why they failed to intervene sooner than they did. This information will also be important for the victims.

It is of urgent importance that police forces become better equipped to deal with gender specific violence. But above all, it must be made clear that violence against women and girls will not be taken lightly.

Everybody needs to be able to move freely in public space. We must prevent a climate of fear from taking over. 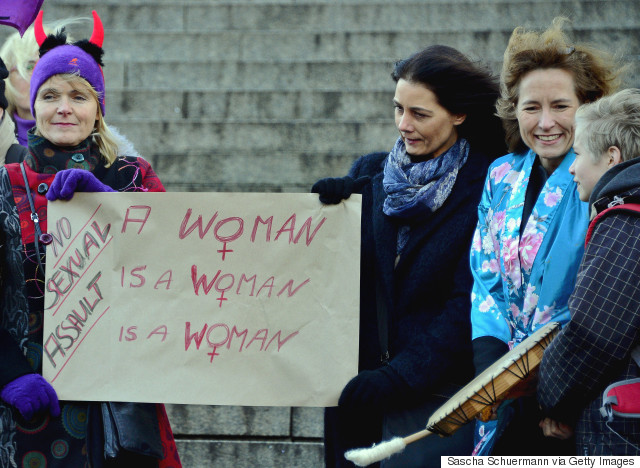 A flashmob gather in front of Cologne Cathedral to protest against the New Year's Eve attacks on January 9, 2016. (Sascha Schuermann/Getty Images)

However, it's despicable and shameful when populists and agitators use the Cologne events to raise anti-refugee sentiment. After all, most refugees have fled violence.

The people who use women's safety as an argument need to take into account the fact that women face sexual assault on a daily basis, rather than appropriating the debate for their own political purposes.

This post was originally published on HuffPost Germany. It has been translated into English and edited for clarity.